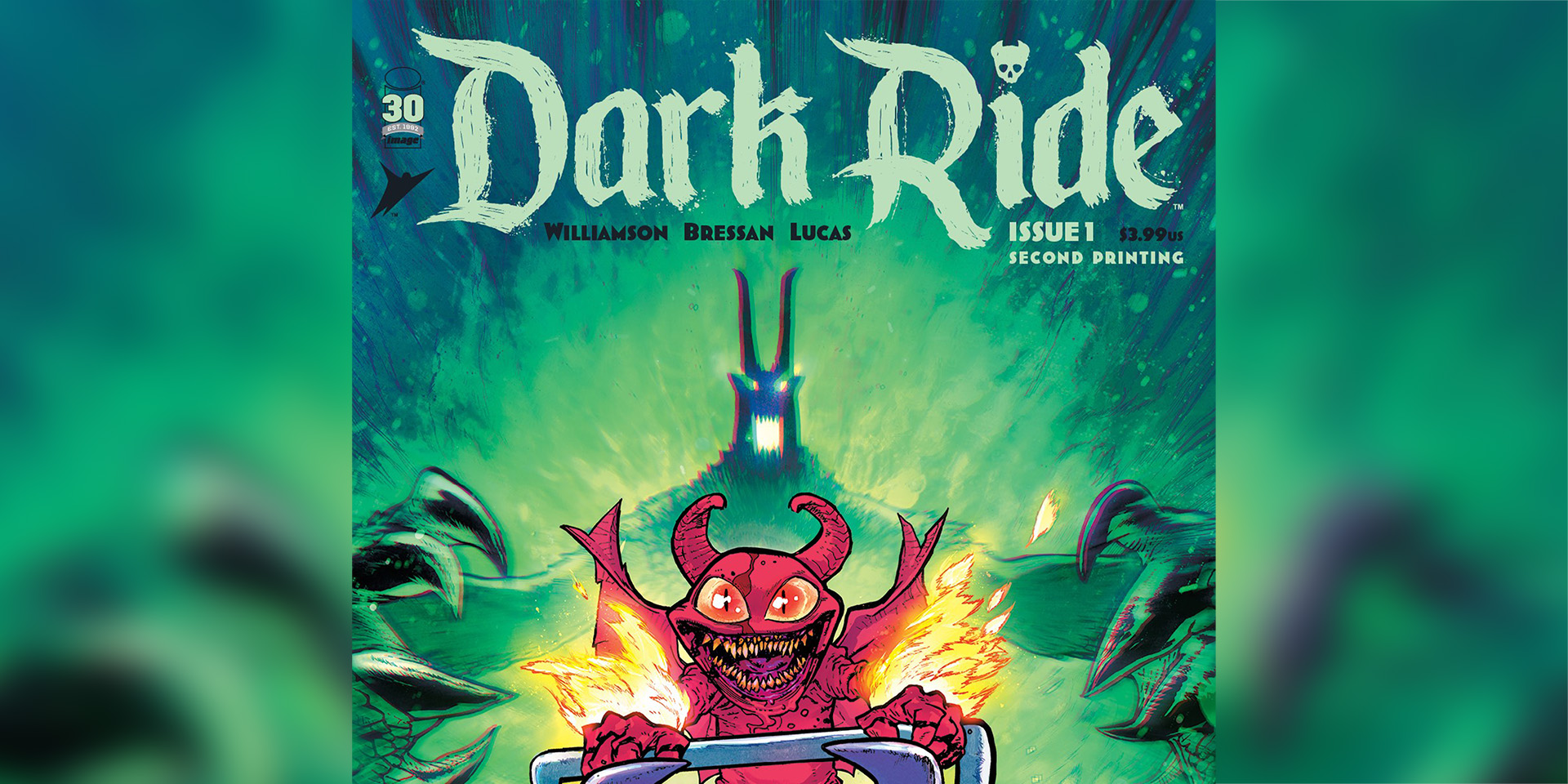 “This new series is off to a chillingly great start…Dark Ride is a great ride.” – Comicon

“If this first issue is any indication, Dark Ride is set to be a grotesquely fun and genuinely weird horror tale.” – ComicBook.com

Skybound announced today that Dark Ride #1, the debut issue of the buzzed about new horror comic book series from the iconic Birthright team of Joshua Williamson (Batman, Dark Crisis) and Andrei Bressan (Justice League Incarnate) has sold out at comic book shops and will return with a second printing on November 9, 2022.

“We were so excited to welcome readers into Devil Land and the world of horror that Joshua and Andrei have unleashed on this theme park, and it looks like the Dante family and their beloved minions have found their fans,” said series editor Amanda LaFranco. “We’re thrilled that DARK RIDE has connected with readers and are excited to show off this second printing cover featuring favorite park mascot Danny D. Evil at his most maniacal. We have so many more scares, demons, and devils coming your way!”