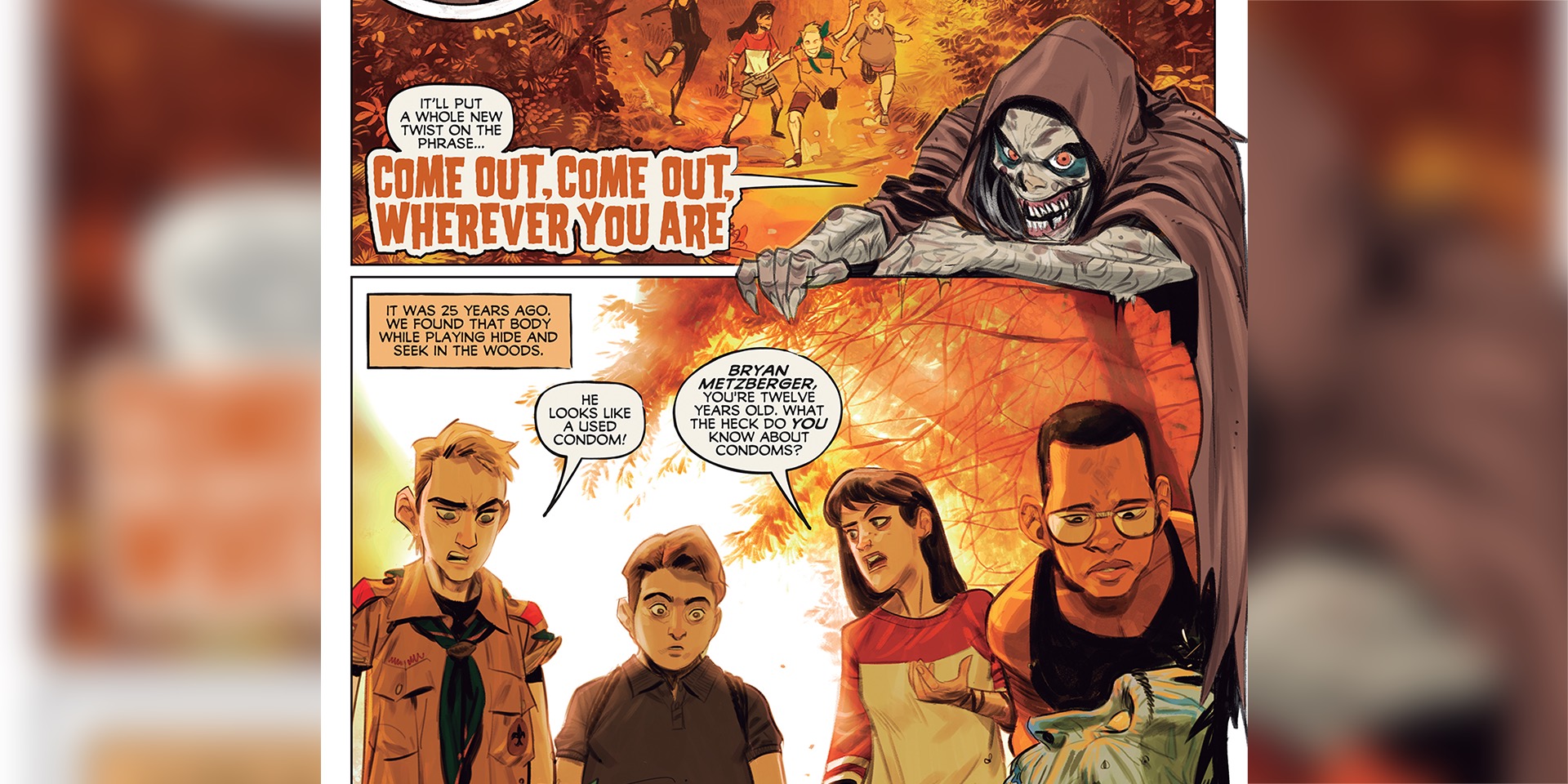 “Horror fans in need of thrills, laughs and all-around creepiness owe it to themselves to pick up a copy of Creepshow immediately.” – Screen Rant

“The essence of the retro horror comics is back in full force, with a classic illustration style, and –most importantly—twisted morals at the end of each tale, brought to you by the Creep himself.” – The GWW

Today Skybound unveiled a first look at Creepshow #4, the latest issue of the buzzed about five-issue comic book anthology based on Greg Nicotero’s hit Shudder TV series produced and licensed by Cartel Entertainment. Creepshow #4 will arrive in comic book shops on December 28, 2022.

First, Kyle Starks (I HATE THIS PLACE) and Fran Galán (Lucky Devil) deliver the story of a ragtag group of kids who hunted a nest of vampires in their neighborhood…and the one who lived to tell the tale. Fran is additionally on duty for colors, and Pat Brosseau (I HATE THIS PLACE) letters the story.

Then, Henry Barajas (Helm Greycastle) and Dani (Detective Comics, Coffin Bound) drop a hellacious tale of a fallen luchador who will do anything to claw her way back to the top! Brad Simpson colors the story, and Pat Brosseau letters this story as well.

In addition to the main cover by Chris Burnham, Creepshow #4 comes with a stacked lineup of variant covers, including a cover by Dani, a 1:10 incentive cover by Vance Kelly, and a Spawn variant cover by Javi Fernandez as part of the celebration of the 30th anniversary of both Image Comics and Spawn.

Click below to check out the first look and covers! 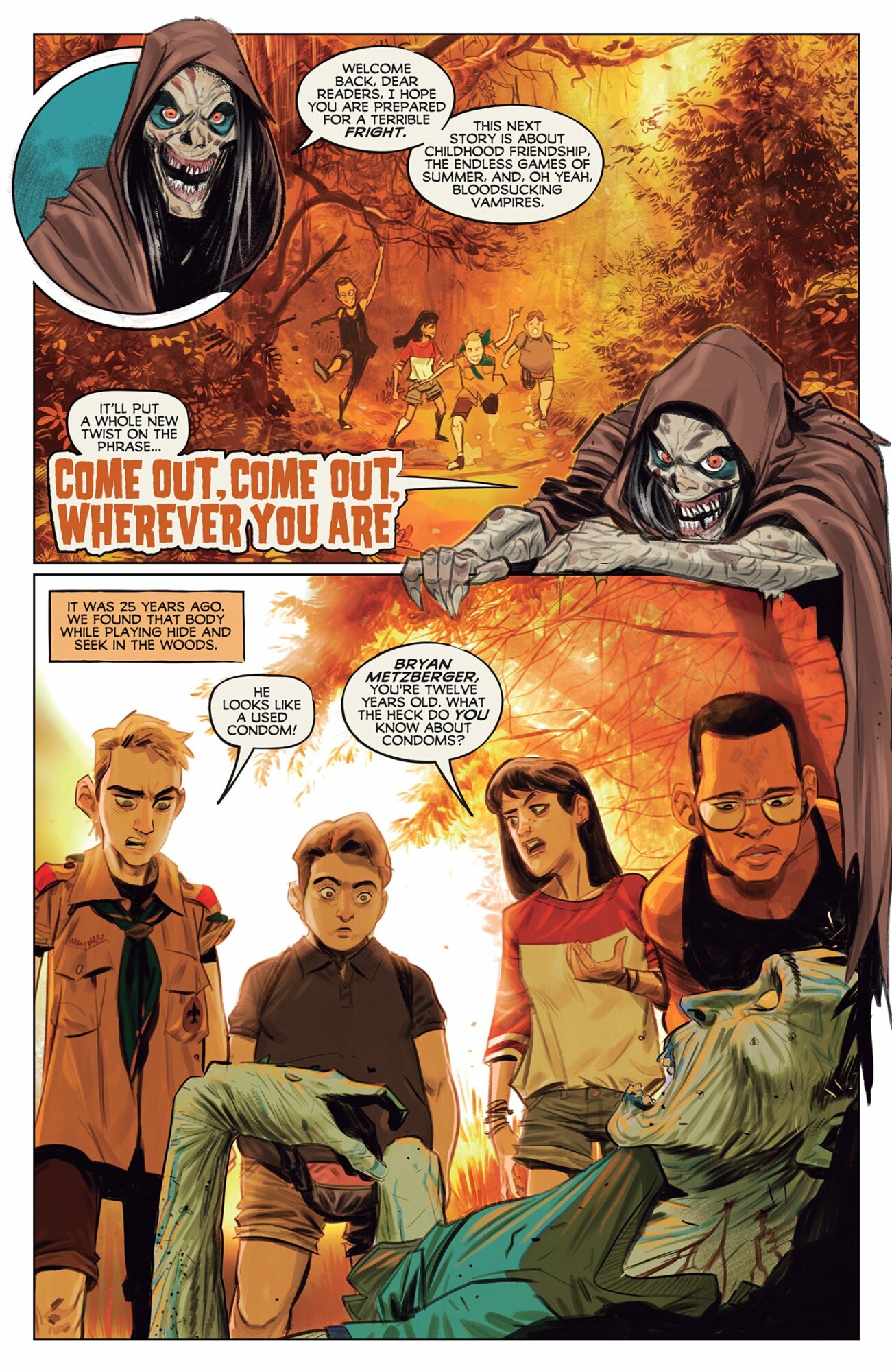 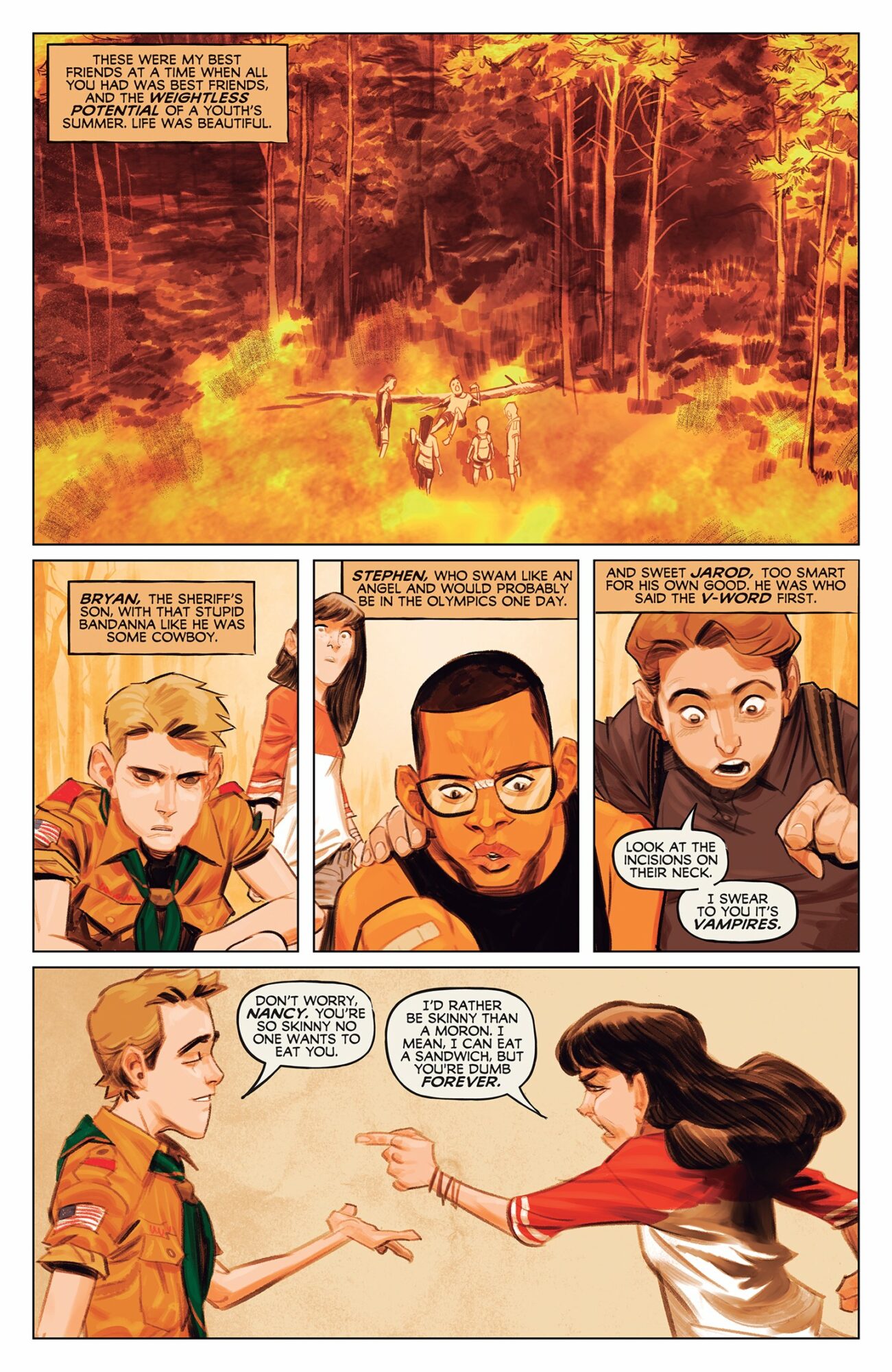 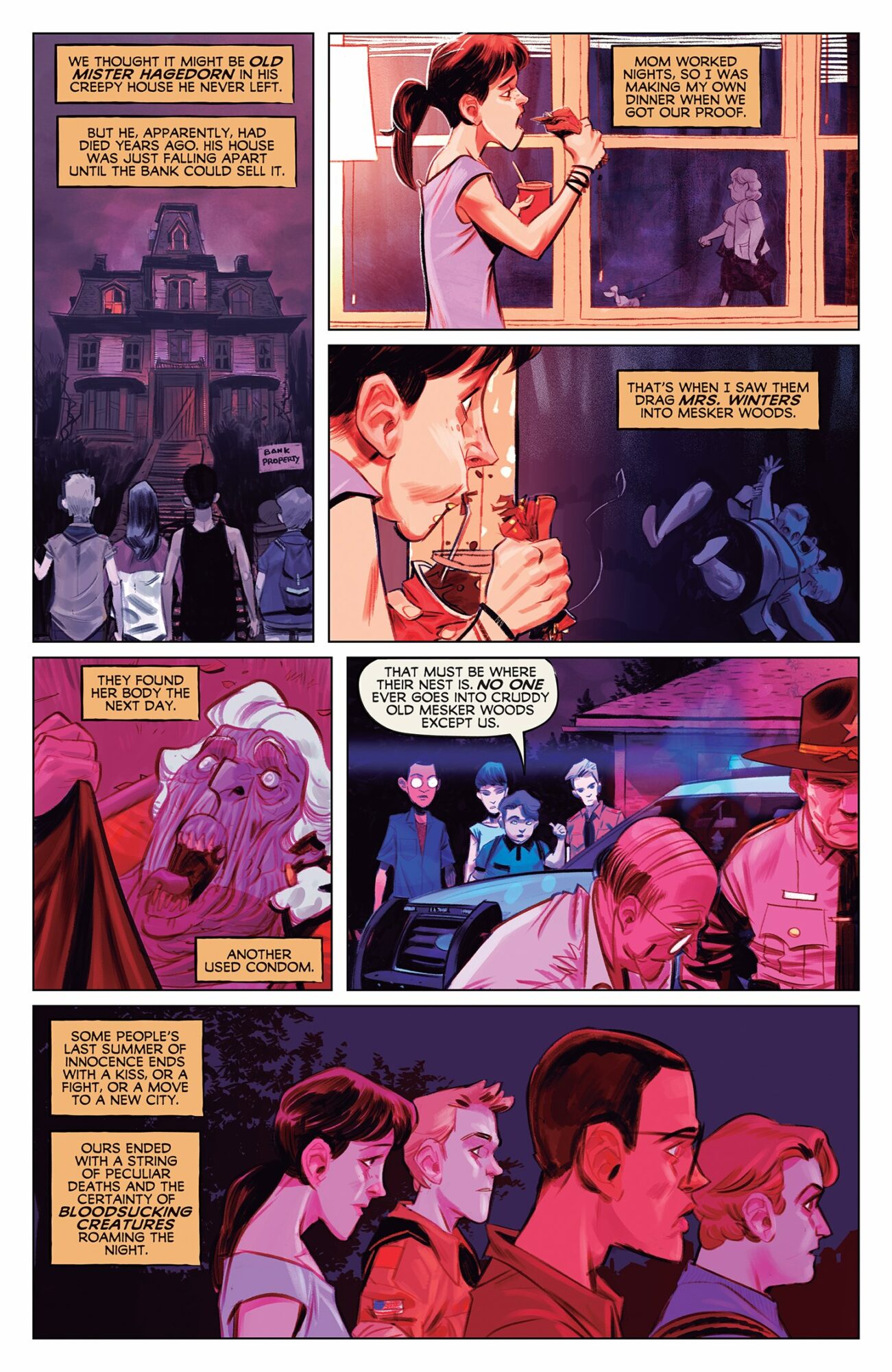 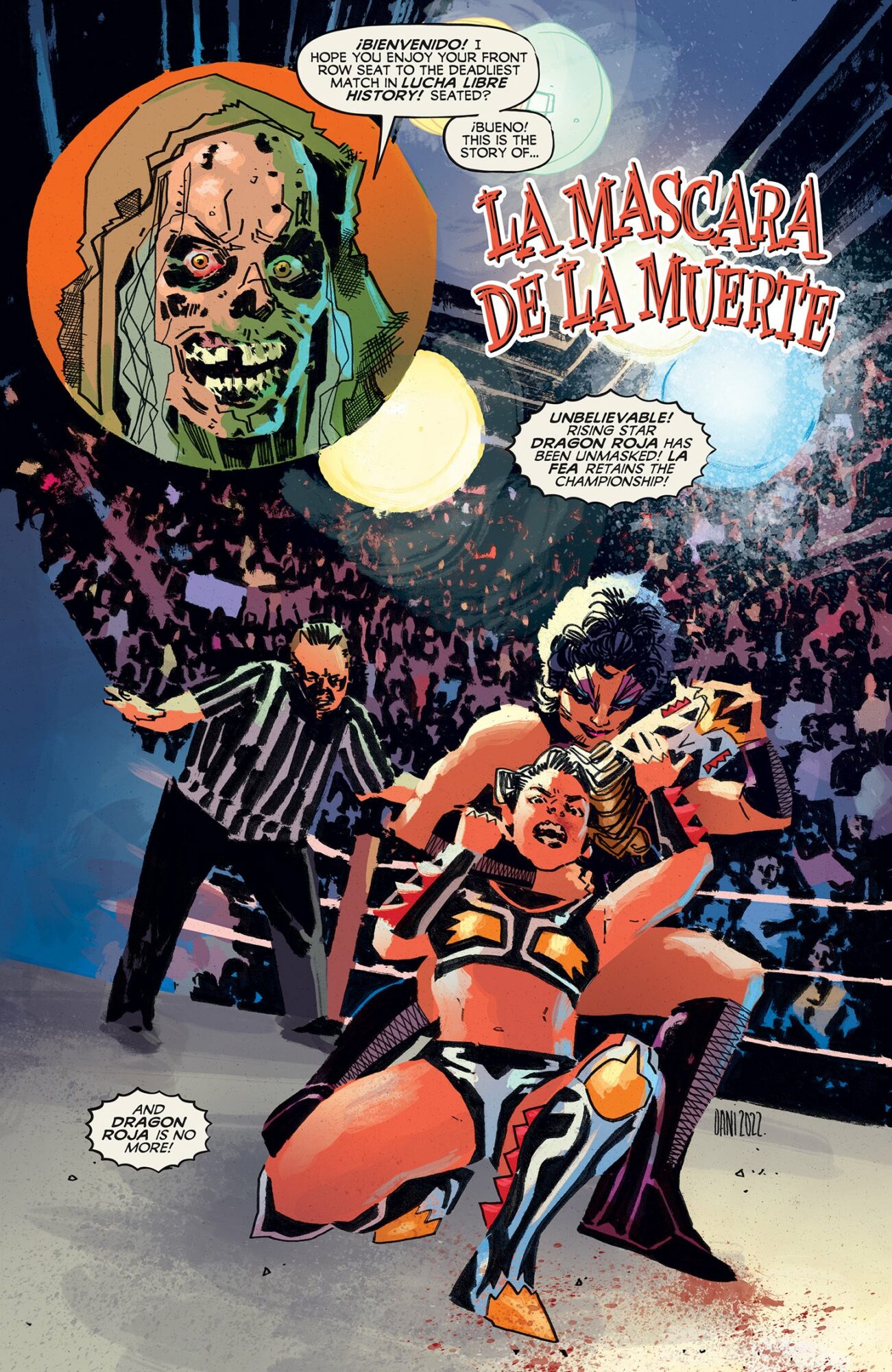 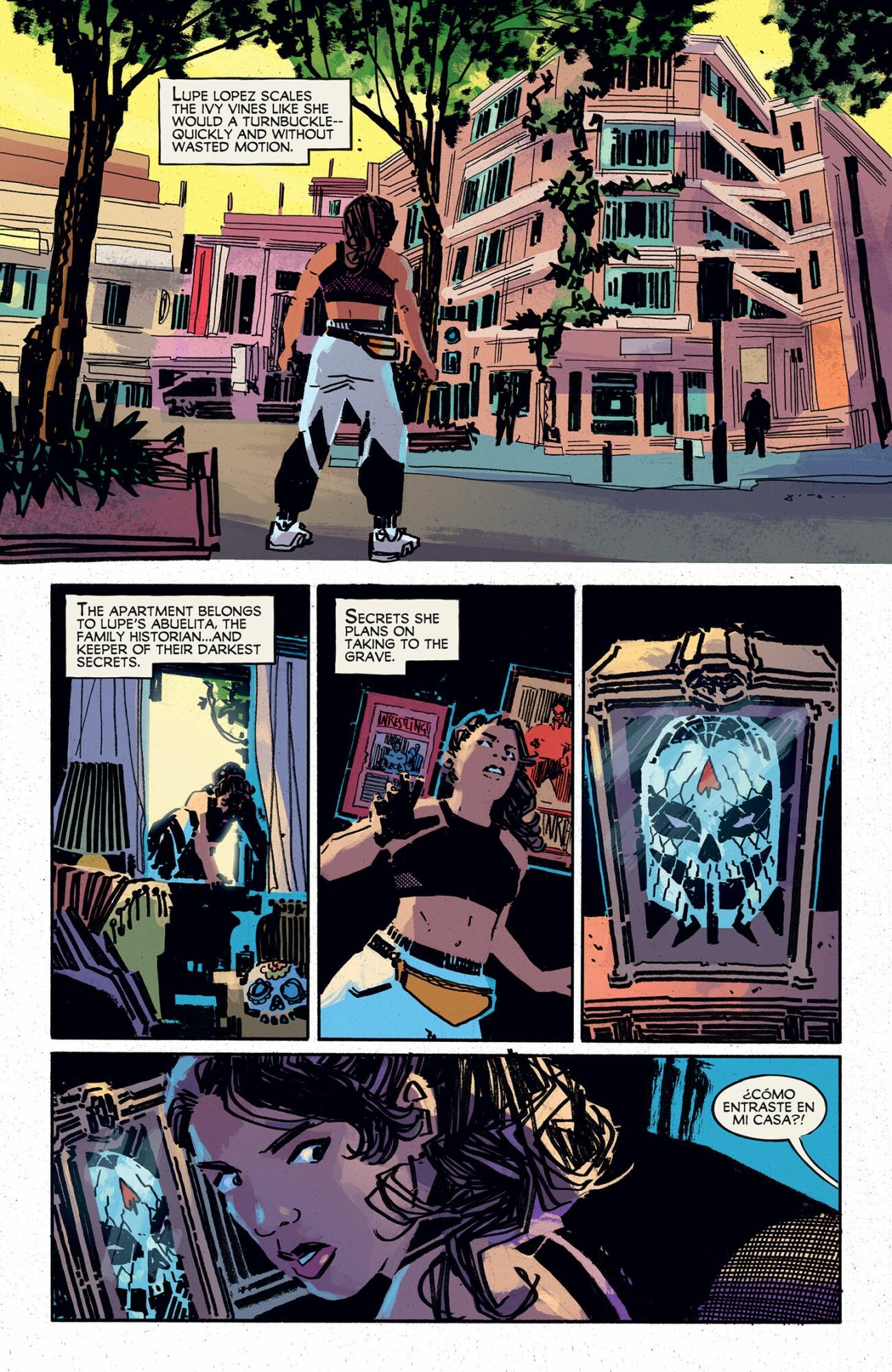 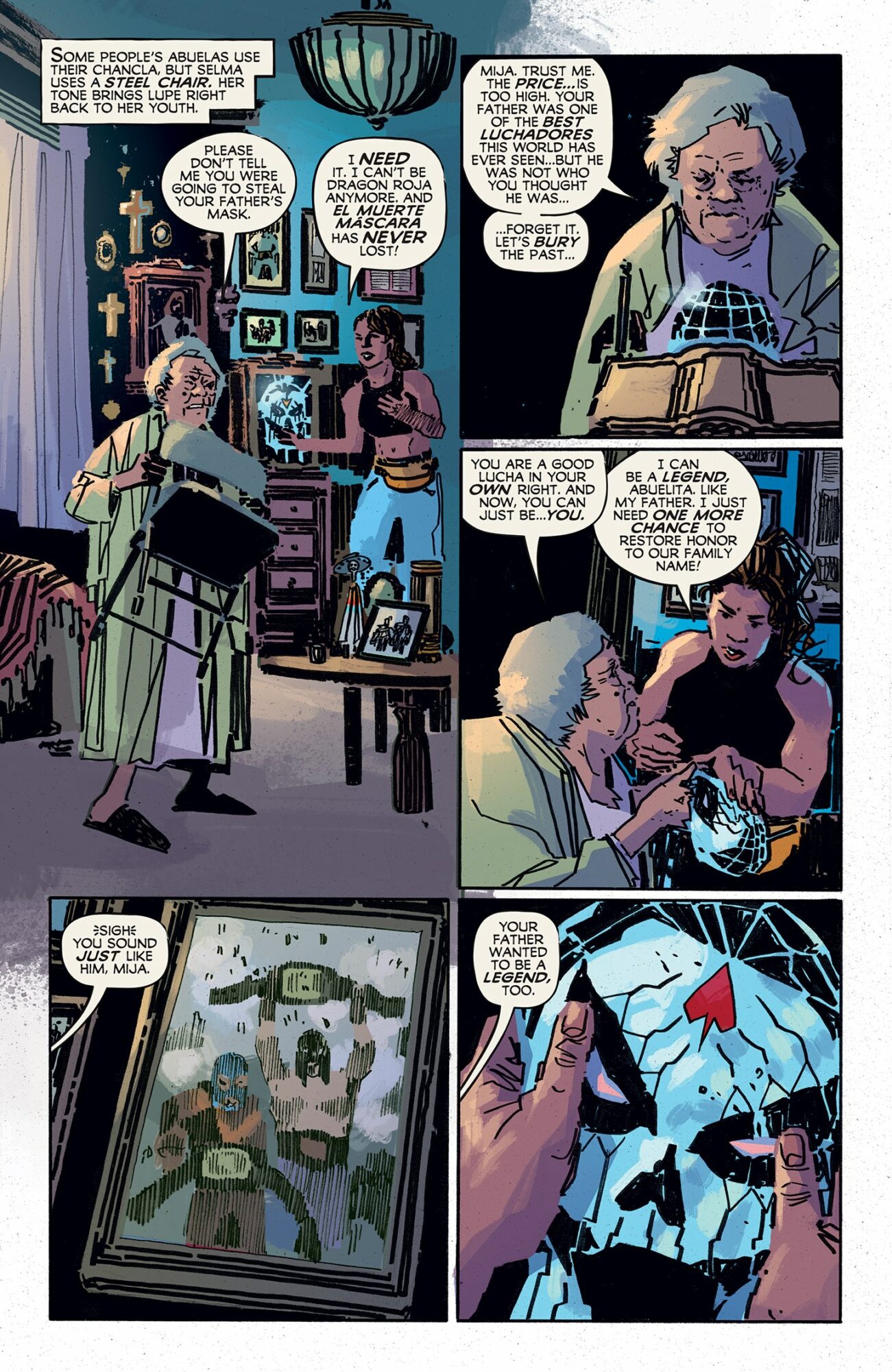 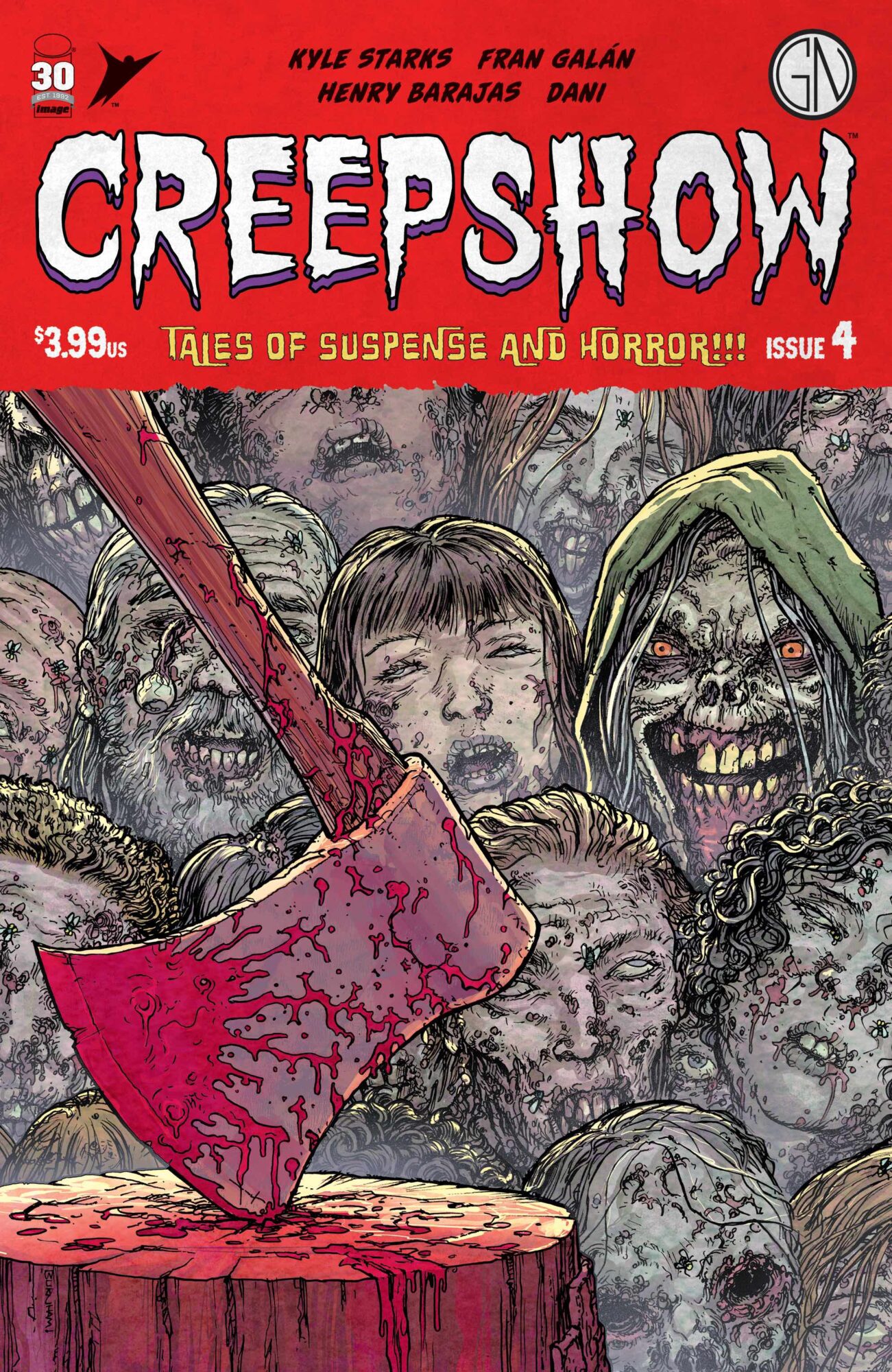 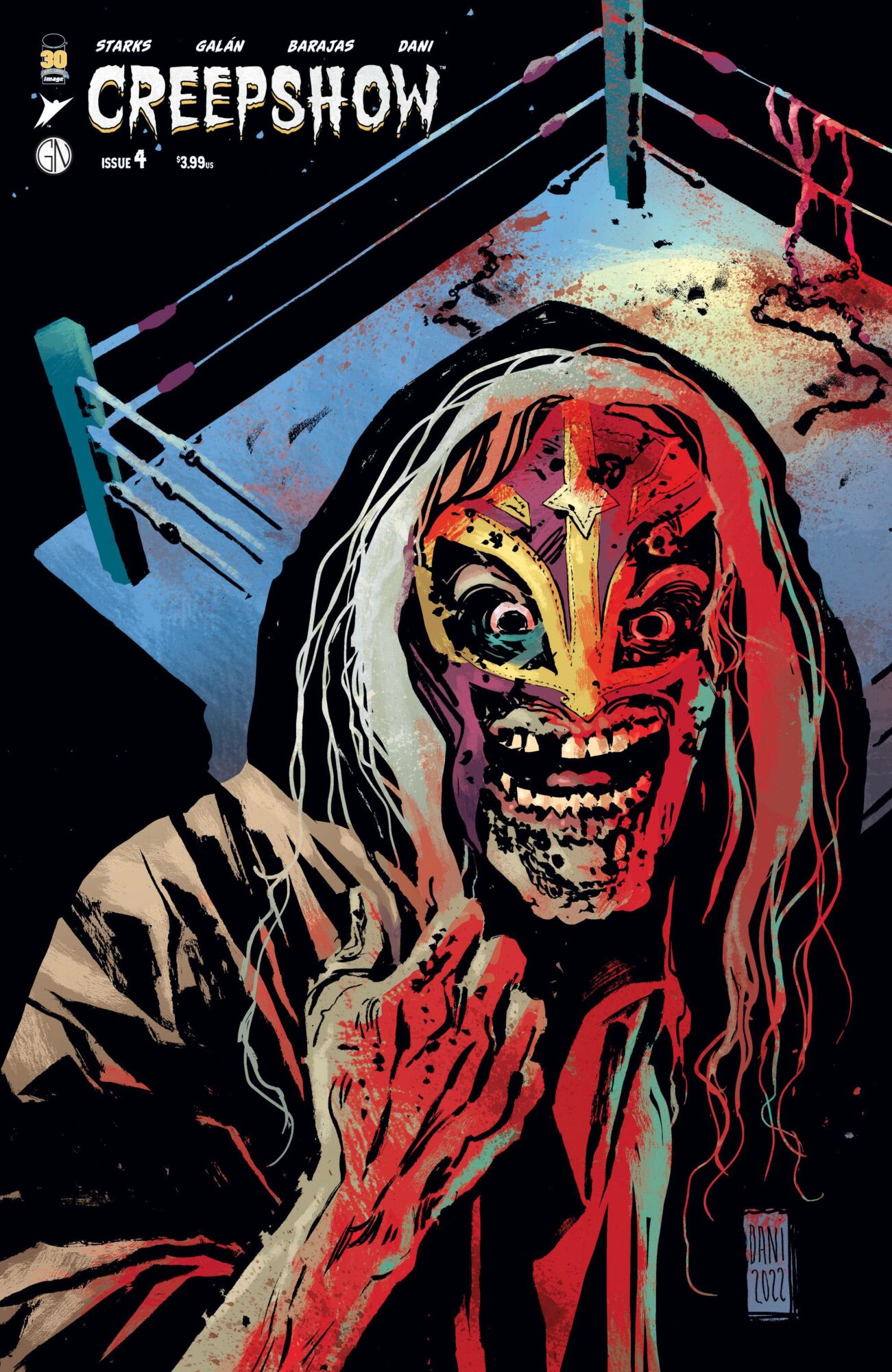 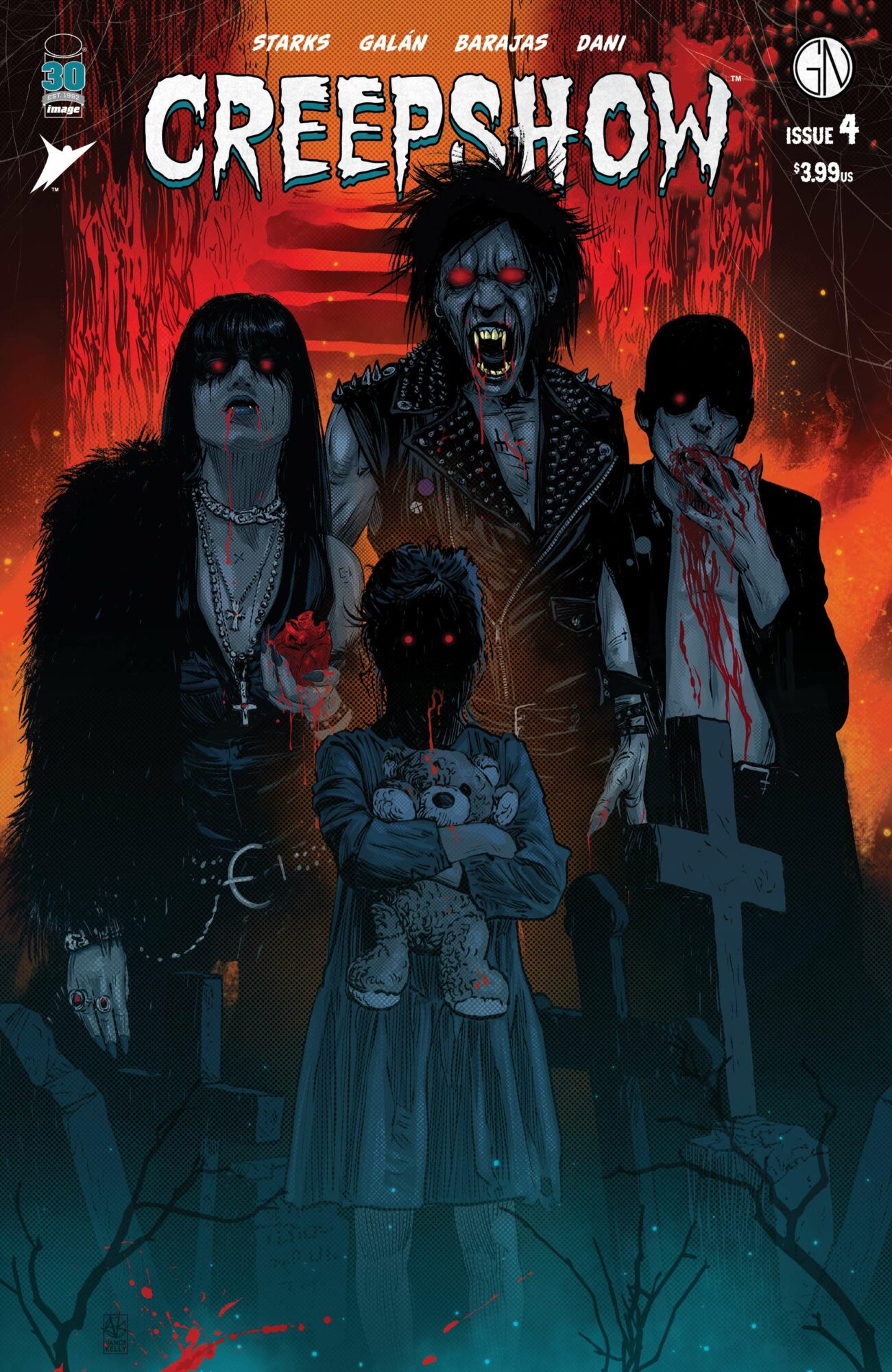 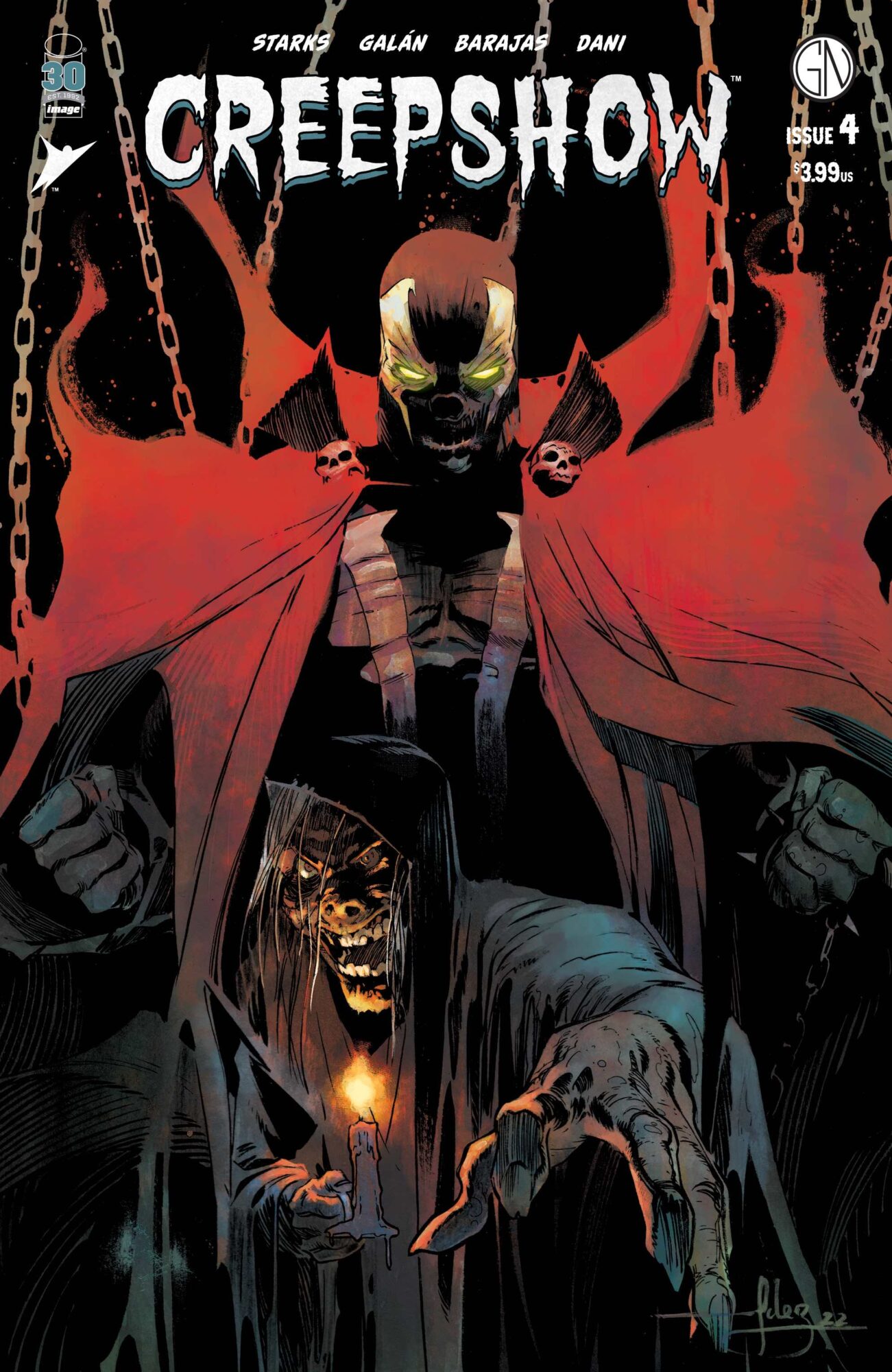 Creepshow #4 (of 5) will be available at comic book shops and digital platforms including Amazon Kindle, Apple Books, comiXology, and Google Play on Wednesday, December 28, 2022.