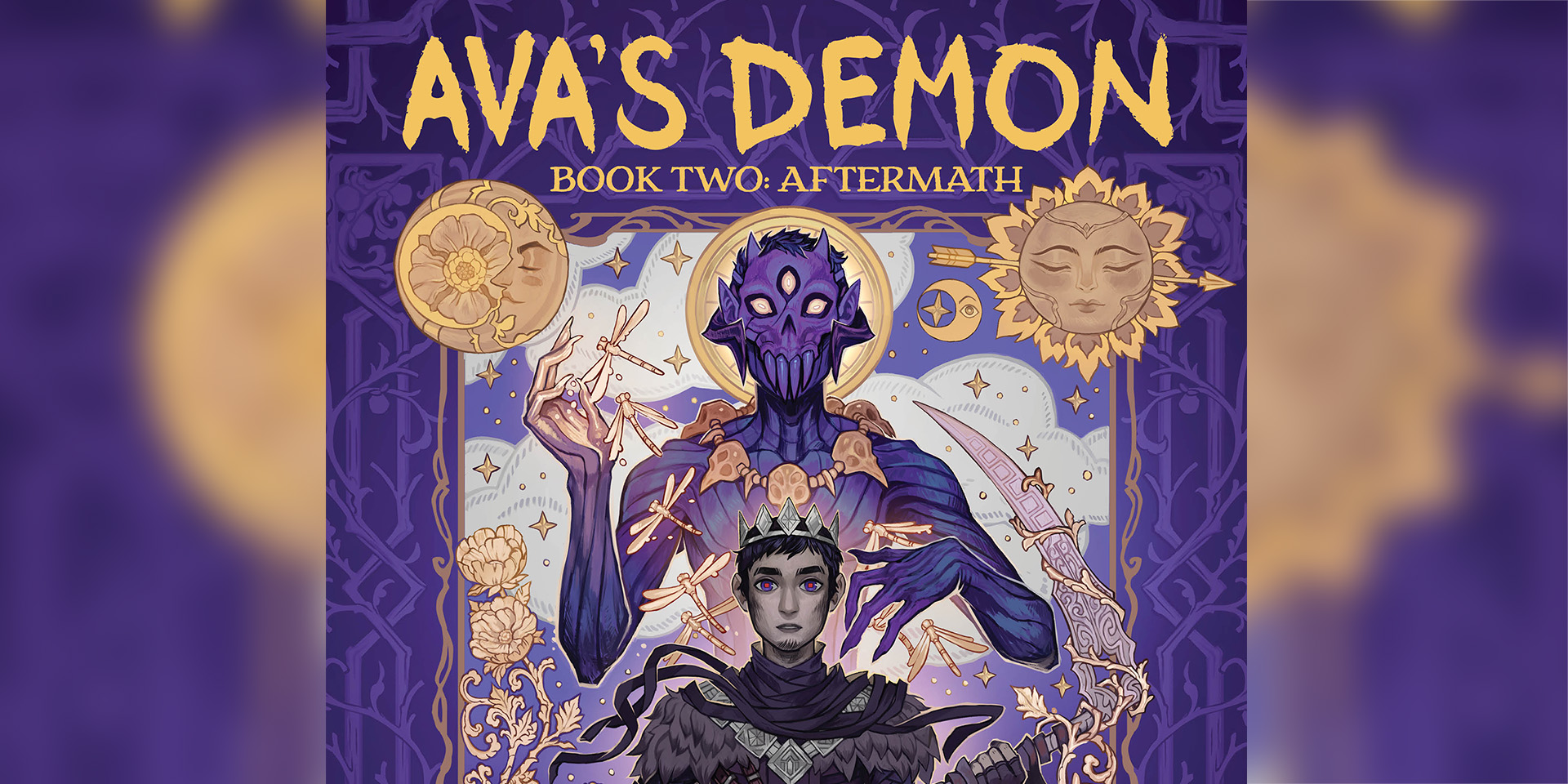 Today Skybound launched the Kickstarter campaign for Ava’s Demon Book Two: Aftermath, the next chapter of the groundbreaking webcomic over ten years in the making by acclaimed creator Michelle Fus, and sequel to one of the most successful graphic novel crowdfunding campaigns of all time.

The campaign is live on Kickstarter now.

The second volume of the series is titled Aftermath as it picks up directly following the devastating events of Reborn, when Ava unlocked a new power within herself and unleashed a devastating attack against TITAN’S forces. As the group escapes TITAN HQ, Ava’s actions have a polarizing effect on her friends, and Ava must come to terms with what she has done.

Aftermath follows in the footsteps of Fus’ first collection of the webcomic, Ava’s Demon: Reborn, which stands as one of the highest performing webcomic campaigns of all time, raising $530,000 in campaign pledges in 2020.

“Ava’s Demon: Aftermath holds some of my most cherished and important work of the series,” said Michelle Fus. “I am, again, so elated that Skybound and I could craft another beautiful book to share my comic with the world. It brings much desired permanency to my most lovingly crafted illustrations that I hold very dear to my heart. I can’t wait to share this next installment with old and new readers, in hopes that they will hold it dear to their own hearts as well.”

You can check out the trailer for Ava’s Demon Book Two: Aftermath right here.

“AVA’S DEMON fans are the absolute best fans in the universe, and we aim to deliver the best with this next campaign!” said Alex Antone, Editorial Director at Skybound. “Book Two dives deeper into the rich world that Michelle Fus has created, with some of the most beautiful and lushly painted art you’ve ever seen. We’re so grateful to Michelle for entrusting us with their life’s work, and we’re thrilled to continue the AVA’S DEMON saga!”

The Ava’s Demon Book Two: Aftermath campaign is live now on Kickstarter, with new stretch goals and campaign-exclusive products to be announced through November 16, 2022 at Noon PT.