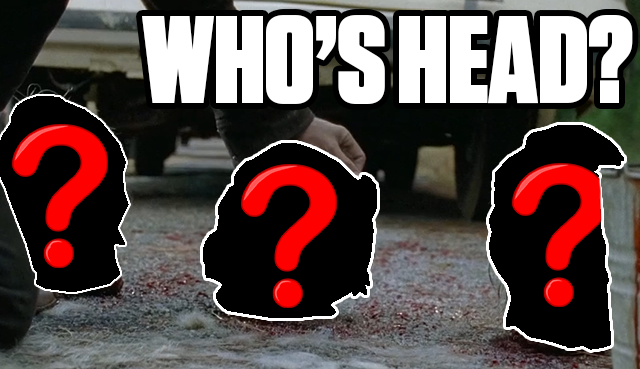 Which Famous Heads Made A Cameo In Episode 612?

In this week’s episode Rick hatches a plan to raid the Saviors compound by pretending they’ve beheaded Gregory (the leader of The Hilltop). To accomplish this they behead similar-looking walkers, which Rick *ahem* dresses up to LOOK like Gregory. BUT, did you realize some of the heads were actually molds of famous people? Entertainment Weekly’s Dalton Ross teased it last night:

Any guesses whom these actual zombie head molds are of? Answer after the show. #TheWalkingDead pic.twitter.com/cvGTzSiLOG


Ross interviews Walking Dead Executive Producer and Visual Effects mastermind Greg Nicotero to discuss these famous heads and why they were chosen:

Entertainment Weekly: While you’re talking about making these heads, I have to ask you about making the Gregory zombie heads that we see lined up, and then we see Rick just busting one in the face to give it sort of a broken nose look. Tell me about creating those.

Nicotero: It’s kind of funny because a lot of people ask me how many cameos I do in the show as a walker. The Gregory head is actually a cast of my head. When Xander Berkeley was cast as Gregory, we didn’t have enough time to get him to Los Angeles to do a head cast and make a dummy head of him, so I sent photos of him and I said, “Here’s a picture of the actor. Let’s see what we have in stock that looks as close to Xander as it can be. “It ended up being a mold of my head. So that head that he picks up is actually a fake head of me!

One of the other heads, I don’t know if I’m going to get in trouble if I say this, was Johnny Depp. I think we had sculpted an emaciated version of a dummy head for something and we used Johnny Depp’s head as a basis just for a clay sculpt. I can’t remember who the third one is, but I’m in good company. Norman kept saying he wanted the heads when we were done shooting. I said we’ve got to wait until the picture is logged. I think one of the funniest moments we’ve shot in the season is when the Savior sticks his hand inside the head and puppeteers it to start talking. I laughed so hard when we shot that scene. 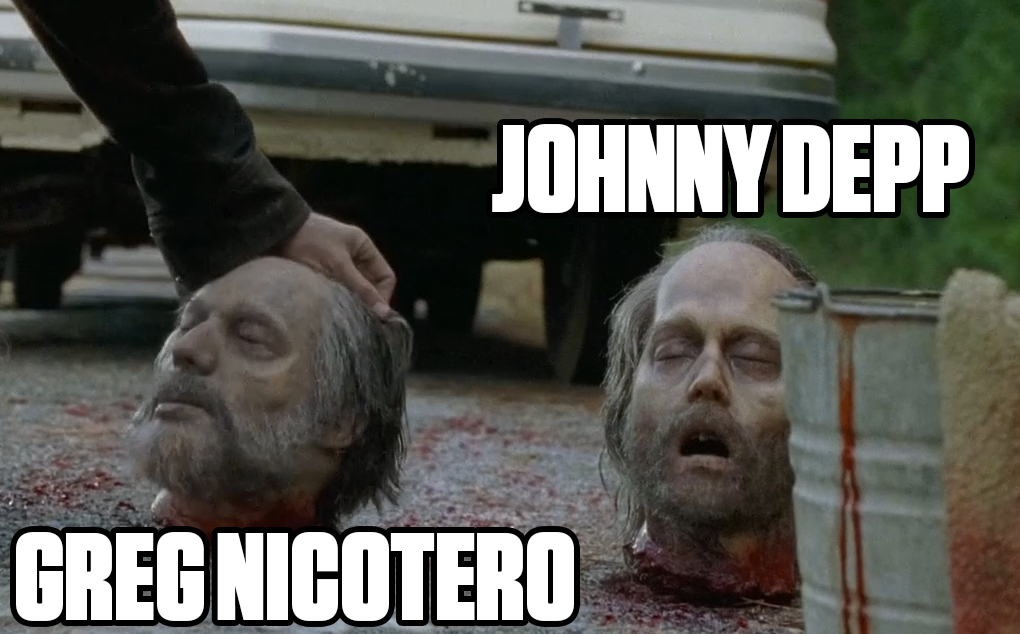 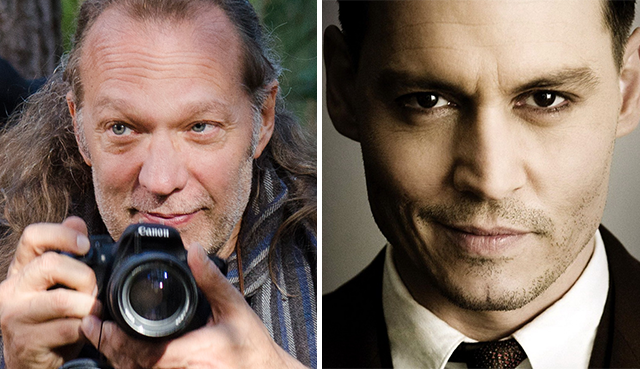 EW: Now I’m going to keep picturing Andrew Lincoln punching you in the face during that scene. Maybe he was getting out some aggression there, Greg.

Nicotero: Maybe. I didn’t feel it. Fortunately, there was no psychic connection with me and the head so I didn’t feel the punch in the nose. There was another piece to the montage that we were going to shoot, which was Rosita taking all three of the heads. We were going to see this weird montage of her cutting the hair and shaving it. But it ended up being a better reveal after Rick talks to the whole group and laid out the plan. He walks around and he’s like, “What do we got?” They’re looking at the heads and he’s like, it’s such an absurd plan that it actually works.

Catch more behind-the-scenes exclusives by reading the rest of the interview at Entertainment Weekly.

Home | The Walking Dead | Which Famous Heads Made A Cameo In Episode 612?

Maggie & Carol Get Captured in 613 Trailer