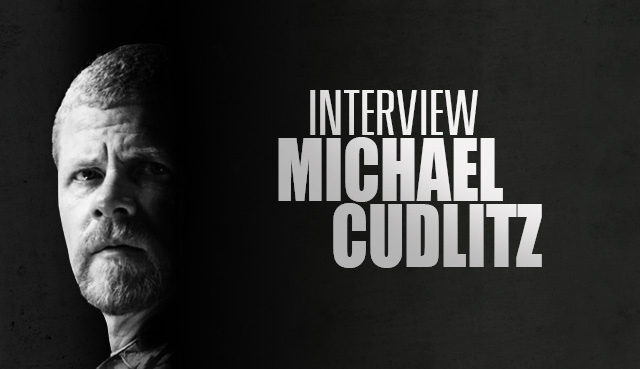 We Talk with Michael Cudlitz AKA Abraham!

Hey gang! We were lucky enough to get some time with Michael Cudlitz, AKA Sgt Abraham Ford! Read below to hear what he has to say about the comic, the show, and how he’d do in a zombie apocalypse! There’s a teeny tiny spoiler below for non-comic readers, but we have a warning if you want to skip it. And next week we have even MORE with Michael!

TheWalkingDead.com: So first things first, the question we have to ask all newcomers, how familiar were you with the comic and fan favorite Sgt Abraham Ford before coming on board?

Michael Cudlitz: I was not familiar with the comic at all, but I was introduced to the comic through the show. I became a fan of the show when I read the pilot, which was just fantastic. Started watching the show, loved how it was so character-driven and how you find out pretty quickly that it’s not about the zombies or the walkers or the undead. It’s about these people who are left alive and how they cope and restructure society, like Lord of the Flies on a global level. For me, that’s where the excitement of the show is. You realize the people that you care about, whether they be good or bad, are the ones with actual heartbeats.

Having said that, once I got cast, I did not know who I was going to read for, so I did a little research and the people on the “interweb” are out of their minds and have really figured it out already, just by the nature of the casting call that went out for a group of three people, especially with one of them being a doctor, the other being Hispanic, they knew exactly who they were, so they started putting out pictures from the comics and I suddenly realized this was a huge, huge deal, specifically to the people who had knowledge of the comics and who followed the comics.

After talking with Scott [Gimple] about the character and where he was heading and how much he was going to be based or not based on the comics, given that the show deviates from the comics at times, I wanted to know how closely it was going to resemble what I had read so far. And he said that basically, the whole backstory would be the same and really the jumping off point for what they’re dealing with. And on top of that there was going to be some other crap that had to be dealt with that wasn’t talked about in the comic but had covered the time between what happened to his family and when we meet him. So there’s just sort of shit on top of shit with this guy. And it was exciting, I love the way the graphic novels are their own form of storytelling, and I think they do a really great marriage of them in the show, these elements that happen that are very familiar to you if you know the comics. I think they’re very satisfying from a visual standpoint, for example when there’s a Michonne side-look that’s in half shadow, and you’re like that could be a panel in one of the books. And I think there are some cool iconic images that they shot very well and are even dead on.

TWD: The end of Episode 410 is basically the cover to issue #53. Did they have the comic on set, holding it up, getting it just right?

Cudlitz: I’m not sure, but if you search Google images for images of Abraham Ford, that’s the image that comes up first, that image of the three of them. I’m sure that Scott had it emblazoned in his mind. They were behind the monitor and we did it a bunch of times to get exactly what he was looking for. Everyone was excited and I think they captured that recreation very well.

TWD: Yeah, it’s almost exact. You have Eugene fiddling with his radio, Rosita’s over there with her hand on her hip. It’s pretty awesome.
We talked a little bit about how the show differs from the comic. How concerned are you for Abraham’s safety? He lasts for quite a while in the comic, but you never know…

Cudlitz: I’m not worried at all. I’m gonna enjoy this while it’s here. They’re gonna do what they’re gonna do anyway, so me worrying about it doesn’t do anything to change it.

[SPOILER IF YOU’RE NOT CAUGHT UP ON THE COMIC!]

TWD: I hope Abraham last a long long time. I think we were all disappointed when he died in the comic, but that’s Robert for you.

Cudlitz: But that’s the other thing Robert gets to do, you know we got a world right now where Tyreese and Abraham are alive together. I wouldn’t want to be on the receiving end of that, but as a creator of the comic how exciting for him to go, “What would happen if these two motherf**kers lived together?”

TWD: And Robert’s said he likes writing the episodes that are the most different from the comics, since it’s a chance for him, as a creator, to explore other stuff. Now, Norman Reedus has Dixon’s Vixens but you have Abraham’s Army. Should we be on the look out for fist fights between fans at Comic-Con this year?

Cudlitz: It’s really interesting, I was asked [by fans], early on when I was cast, “are you going to kill Daryl?” Because in the comics, Abraham becomes Rick’s right hand man. And I’m like… why would I kill Daryl? That’s the weakest position you could possibly take. I have no desire to kill Daryl, but Daryl better not do anything that makes me want to kill him! [Laughs] But anyway, yeah, it’s highly possible that there’ll be conflict. I’ve had other [shows’] cast members’ fans turn against me… but there’s no conflict between me and Norman and we’re excited that the fans are so invested in the show. That in itself is exciting. And everybody has their favorites, and that’s what makes it a horse race.

TWD: One of the things I noticed, at cons, on our Facebook, on our Twitter, is that all of the fans seem to love everybody. For example, Daryl fans seemed genuinely upset about Hershel.

Cudtliz: The fans are awesome, they really are.

TWD: So, final question, how do you think you’d fare during a zombie apocalypse, as Michael Cudlitz?

Cudlitz: Pretty damn good, actually. I think there’s a lot of elements, in a softer way, of me in Abraham. I think he does what has to be done. I would make sure that my family was protected, first and foremost, so in a lot of ways I guess I’m like Rick. But I think that’s everyone’s initial response would be to circle your wagons, protect your family unit and when they’re safe, you widen your circle up to a larger community. And that’s the show in a nutshell.

But yeah, I’m a pretty capable person, pretty hands-on. Woodworking, metalworking, I would be an asset! In my opinion.

TWD: I like it, I love the confidence! I would be gone in ten minutes, I guarantee it.

Cudlitz: Nah, you would find somebody who was big and confident and who would protect you, because you’re wily and smart!

Cudlitz is wrong on that count, I am neither wily nor smart. In a zombie apocalypse I would be on the roof of Skybound HQ, throwing hard-bound comics at the undead, waiting to be eaten alive.

Big, BIG thanks to Michael for taking some time out of his day to talk to us. Robert was right, he’s a super nice guy! Come back next week for PART 2 of this interview!

Home | The Walking Dead | We Talk with Michael Cudlitz AKA Abraham!