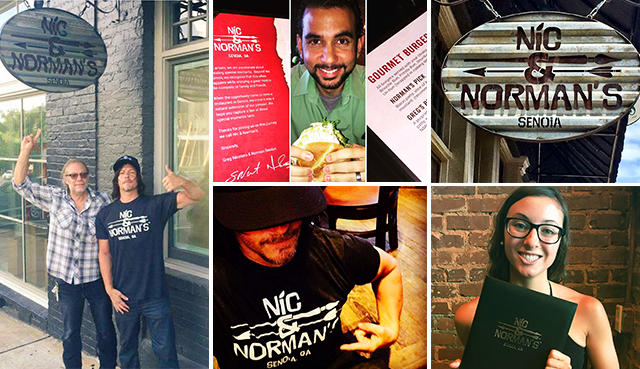 This week Norman Reedus and Greg Nicotero unveiled their highly-anticipated restaurant “Nic & Norman’s” in Senoia, Georgia. Walking Dead fans from all around the country lined up on Tuesday to check out the new eatery (as well as Greg and Norman themselves). Nicotero told PEOPLE magazine, “Norman and I were texting each other back and forth on Tuesday. It’s weird to walk into a place that you didn’t even know was going to exist six months ago.” The two Walking Dead icons threw around the idea of a joint restaurant for years until this January when they decided to make it into a reality.

“We were very excited about the idea of opening something in Senoia,” Nicotero continues. “It’s something to pay tribute to the area where we shoot the show, and have the cast and the crew have a place to call their own.”

However, this is NOT a Walking Dead-themed restaurant. Nic & Norman’s features an eclectic variety of burgers, salads, cocktails, and more that have Greg & Norman’s signature touch (so no tainted leg meat, sorry). Below we’ve compiled some of the best moments leading up to and following the launch of the delicious Nic & Norman’s. Bon appetit! 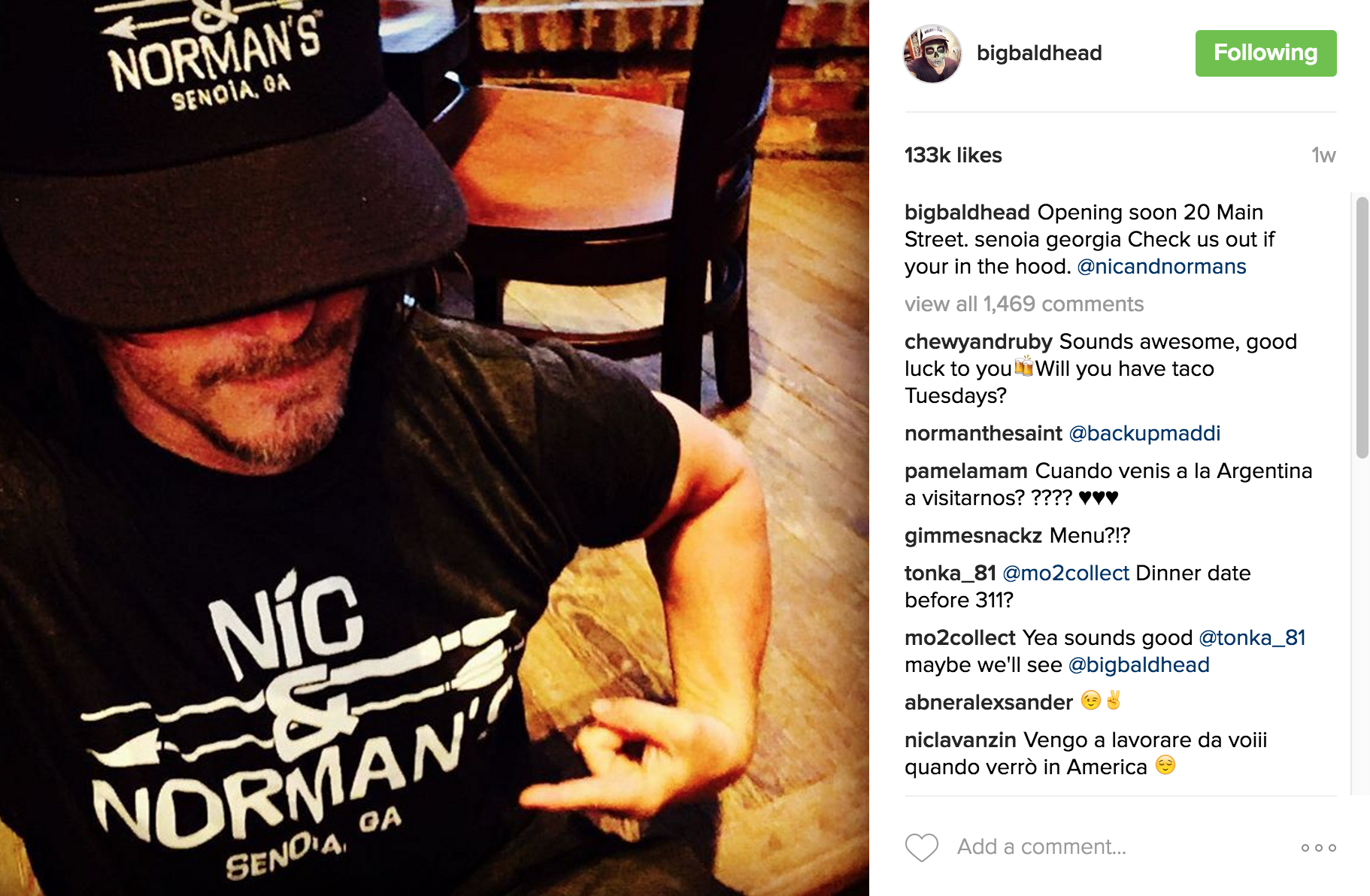 light it up… we’re getting close…
end of May… early June… ish pic.twitter.com/gB39pKAtrz

@nicandnormans it was fun watching the signs get uncovered yesterday @pintsizeddaryl will be back in Oct!! pic.twitter.com/1dgS0FcajL

There is no preparing people for how ridiculously cool this place is gonna be! So excited! #nicandnormans

@nicandnormans Our tour guests are excited for your upcoming opening, & we LOVE your new sign. See you in June! pic.twitter.com/uPg2wPUMOd

It’s my birthday. Where should we go for dinner? Is #NicAndNormans open yet @wwwbigbaldhead ? pic.twitter.com/bhrHFwopgw

Just so happens I got to witness the grand opening of #NicAndNormans while I was in town! @wwwbigbaldhead pic.twitter.com/vzyyUFzXxB

Some of our TWD crew stopped by! pic.twitter.com/JouexcaXbV

…and gave us the official thumbs up pic.twitter.com/zdC4EEYQDl

Fun times with friends and good food! @nicandnormans Going back to try the other great stuff! #nicandnormans pic.twitter.com/6VOhVTkoTR

@nicandnormans My husband and I had an amazing dinner last night, can’t wait to get back there again!!!

I have definitely been enjoying all the happy (& #wispy) Reedus we’ve gotten lately! @nicandnormans (angeliaharrod) pic.twitter.com/LN5VmdNyLm