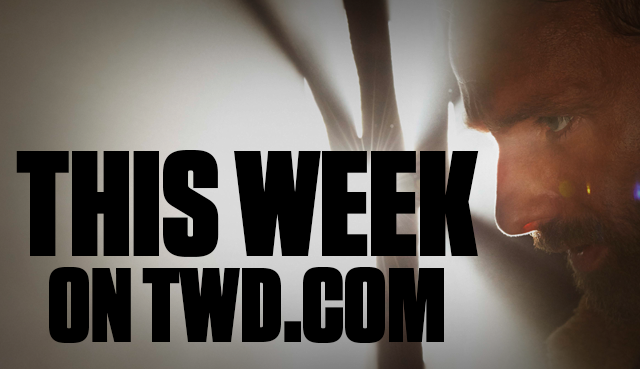 This week we saw a lot of new exciting things roll out in the lead up to Season 5 returning this October! Check out everything that was a buzzing last week (thankfully, no bees).

**NEW SEASON 5 TRAILER! Check it out!

**Weekend Challenge: write an epitaph for a Walking Dead character, dead or alive, and our favorite one wins 2 VIP 3-day passes to Walker Stalker Con ATL!

**A hilarious video was posted by EW in which we learn about the sleepwalking and licking habits of several cast and crew members. Watch Walking Dead cast members dish on secrets about their fellow actors… and producers!

**Robert Kirkman is going to be a Featured Speaker at SXSW!

**The Walking Dead #131 came out and, of course, we have a great issue #131 discussion post in which Sophia is photoshoped punching everything and everyone.

**SWAG ALERTS: new pinball machines from TWD show, the Telltale Games announced for consoles including PS4 and Xbox One, and we’ve posted a few preview pages from the Artist Proofs edition of the new All Out War hardcover! They look sweet.

That’s it for this week, Horde. (Yeah, I’m bringing that back) For this week’s secret challenge to see if you read all the way to the end… let’s talk Halloween. Is anyone getting their costume ready yet? Any TWD-related plans for costumes or snacks or HAUNTED HOUSES?

Behind the Scenes: Birthright