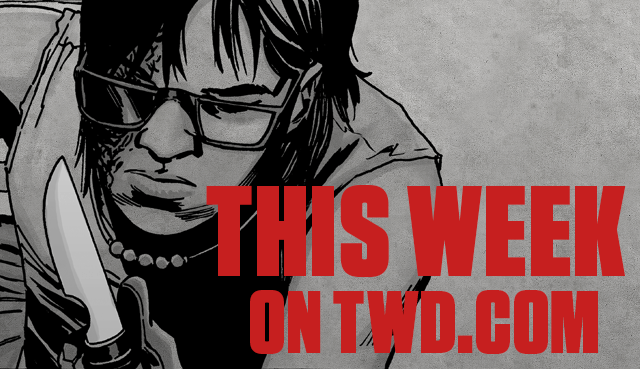 Lizzy here again, clearly pulling ahead of Brian in the category of Most Awesome At Everything. Here’s my roundup up of everything notable from the last week in case you were asleep or outside or something. (Disclaimer: using smart phones outside exempts you from the snark of the last sentence. And using smart phones while you’re asleep means you’re just a beast).

**This week’s popular article was the scintillating piece “TWD Cast Before They Were Famous.” If nothing else, check it out to see some handsome photos of Scott Wilson.

**A heated debate arose on social media when we posted Poll: Best Use of Song in The Walking Dead. I learned that people feel very passionately about music, specifically the music that wasn’t included in the poll…

**Preview panels for The Walking Dead #128 are up!

**Chandler Riggs, on an interview spree, talked about celebrating his birthday on set and how Carl is progressing.

**And I’ll leave you with this soothing rendition of The Walking Dead theme song on acoustic guitar.

This week’s secret test to see who actually made it to the bottom of this recap is leave a comment about your favorite character death in TWD, show, Telltale, or comic. If you bring me to tears, well… I will have a very sad weekend/week.

Also, shout out to ThatEpicBeast U Know who, last week, pointed out that Brian and I were asleep when we made that poll about Magna and called her Magda way more times than I can admit.