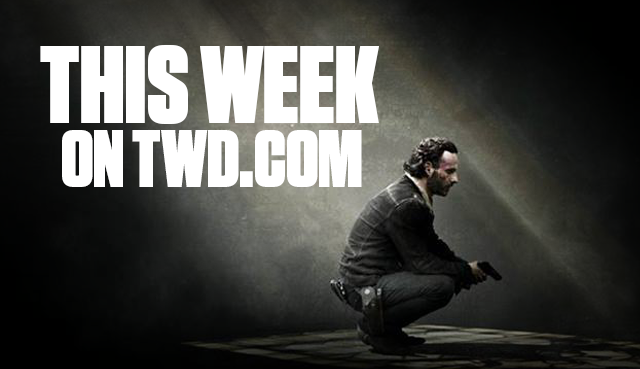 **Bad Lip Reading of The Walking Dead Season 4 needs to be your first internet stop today if you haven’t seen it yet. Hilarious. Poignant? And Carl gets a song.

**NEW trailer time! Another look into the premiere of Season 5.

**Poll: Which new characters are you most excited to learn more about? Abraham is currently in the lead, followed by Father Gabriel…

**Tyler James Williams Added to TWD Cast! Who is this mysterious new character?

**Melissa McBride talks about Carol in Season 5, explains that this Season will have a whole new energy to it!

**On set video chat with Danai Gurira, where she talks about what it’s like to be an action figure!

But seriously, human burgers. I just had a veggie burger for lunch and I can’t stop asking myself… how do I know it doesn’t taste like human flesh? HOW!?

Anyway, congratulations! You made it to the end of this post, and you know what that means… super secret discussion! This week, let’s talk about beards. That may seem irrelevant, but Skybound is heavily influenced by beards (exhibit A: The Kirkbeard) and Movember is right around the corner! Did anyone here participate in Abraham’s Army last year? Also, ladies, we need our own TWD hair-related awareness campaign… but what? Andrea’s Army? Michonne’s Marauders?

On Set With Danai Gurira