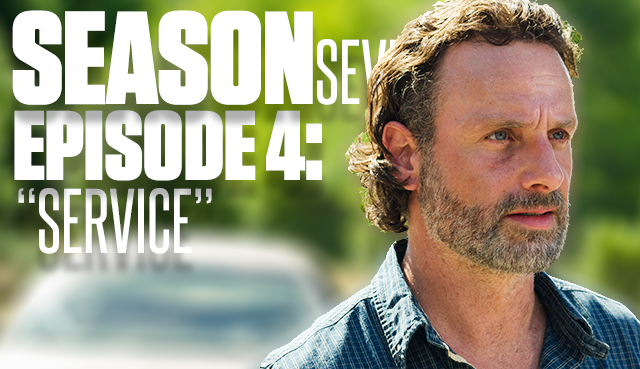 Neil Sedaka famously sang, “Waking up is hard to do.” Indeed it is during Negan’s new world order. Rosita and Spencer prepare to head out on a supply run when Negan’s truck thunders towards their gate. Spencer asks who he is and Negan scoffs. Rick arrives, allows him in, and reminds him he’s early. Unfazed, Negan makes Rick hold Lucille as he makes his grand arrival into Alexandria. 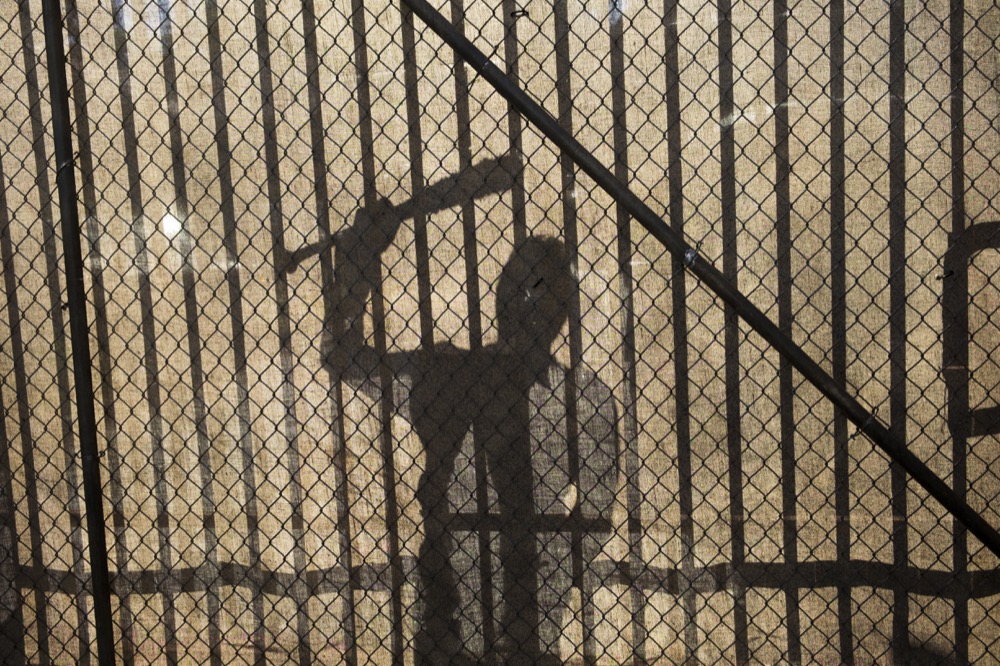 Dwight sends Spencer and Rosita out to fetch Daryl’s bike while Michonne tries and fails with sniper target practice outside the walls. Meanwhile, Negan and Rick find Carl holding the Saviors at gunpoint for stealing their medicine. “Really, kid?” Negan asks, amused. Carl eventually surrenders the gun and Negan decides their gun inventory needs to be taken, too. The Saviors raid the armory and Negan reassures Rick at least they won’t be stealing their food. 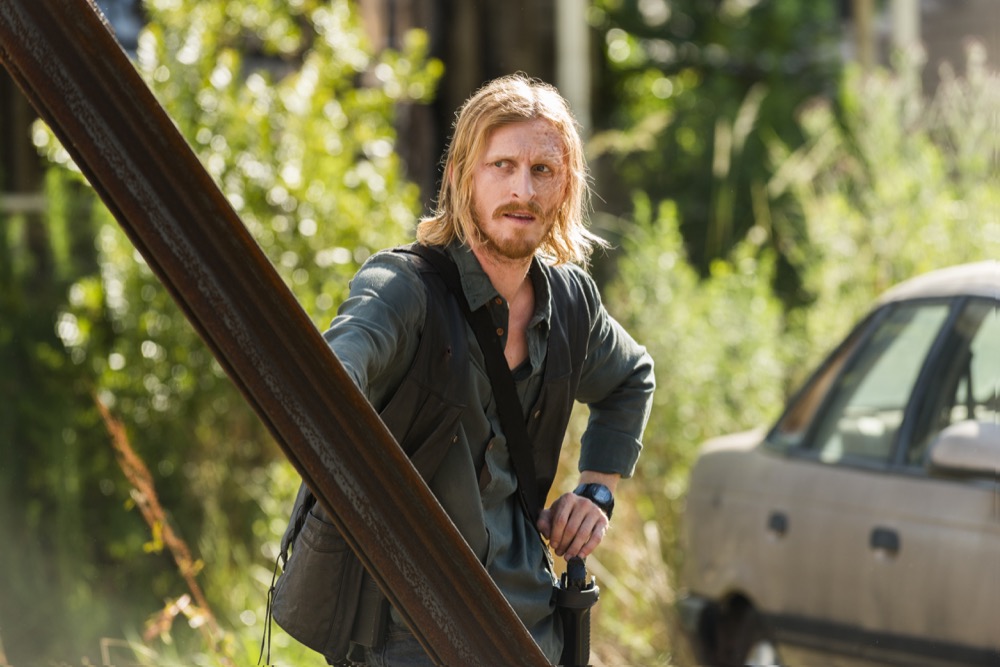 The Saviors inform Negan two guns are missing from the armory and Negan tells Rick, “This shows someone’s not on board, and I can’t have that,” Negan says. He threatens to kill Olivia but Rick promises he’ll find the guns. He calls an emergency town hall and makes a desperate plea for his people to turn over the guns. Eric asks Rick how they’re going to get out of this hell and Rick reminds them he’s no longer in charge. 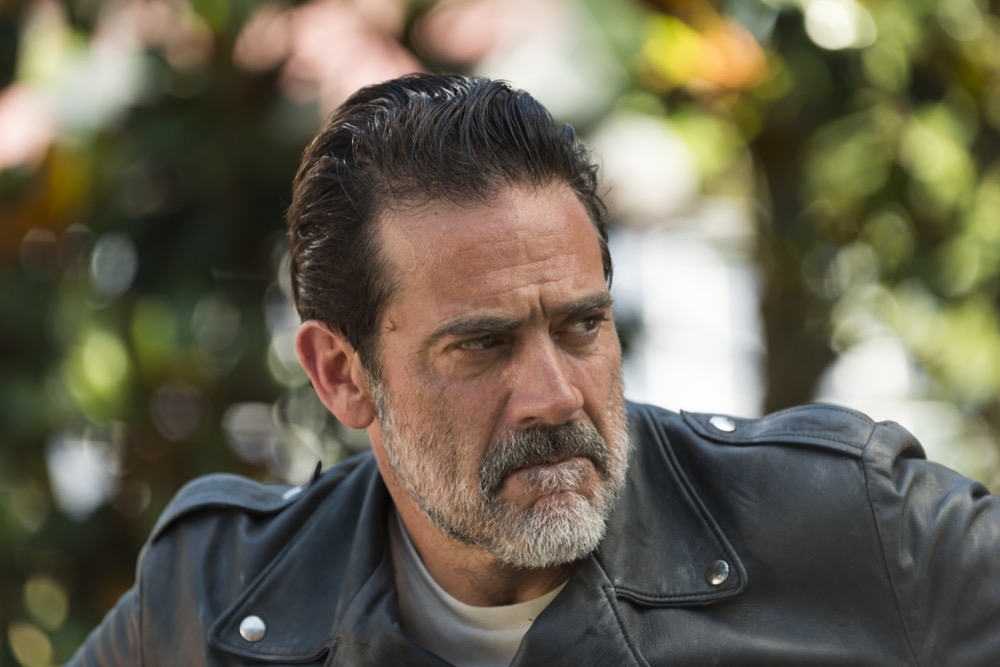 Rosita and Spencer locate Daryl’s bike as Spencer speculates that if Rick was a better leader they wouldn’t be stuck in this situation. Rosita goes on a walker killer rampage to get out her frustration. Back in Alexandria Rick miraculously stumbles upon a hidden compartment in the floor of Spencer’s house, discovers the missing guns, and hands them over to Negan. Michonne returns and Rick demands she gives up the rifle so they don’t get in trouble with Negan again. Rick hands it to Negan and asks if Daryl can stay. Negan gives Daryl a chance to make his case but he remains obediently silent. 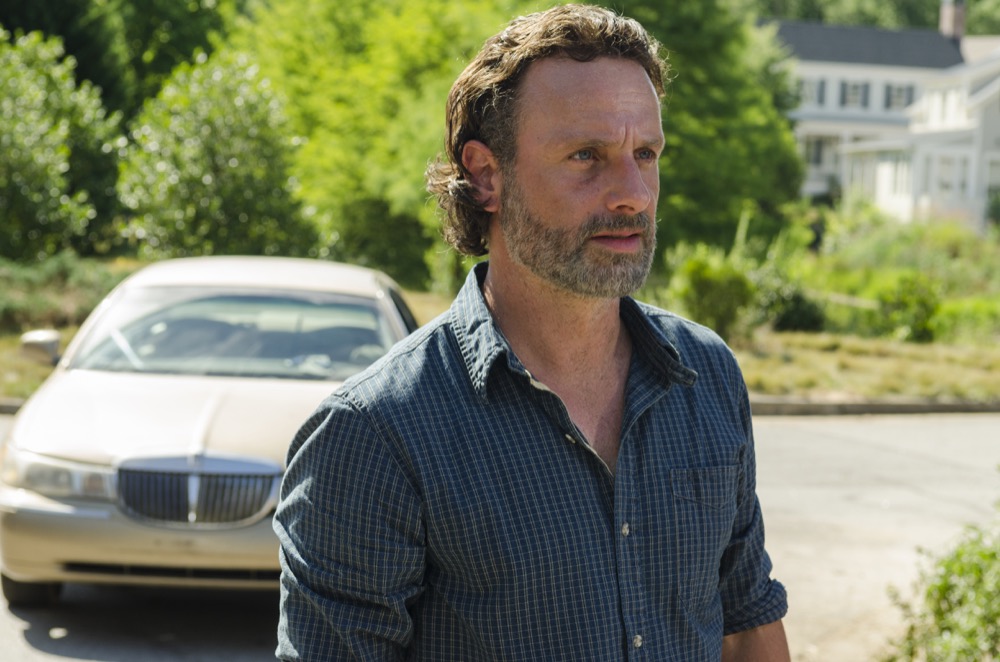 Negan warns Rick to do better next time he comes or someone will die. He forces Rick to thank him for invading and takes Lucille back. He utters those grotesque words from the comics and Rick watches as he, The Saviors, and Daryl drive away. Afterwards, Rick confronts Spencer about hiding the guns and labels him weak for also hiding the liquor. “You’re lucky you have the walls,” Rick warns. Spencer shoots back they should have made a deal with The Saviors and asks if Abe and Glenn were lucky. Rick stops in his tracks and threatens to break his jaw if he says something like that again. Rosita then furiously confronts Spencer about the guns and he confesses he did it because he doesn’t trust Rick. He leaves and Rosita grabs a gun she hid in a car (damn it, Rosita). 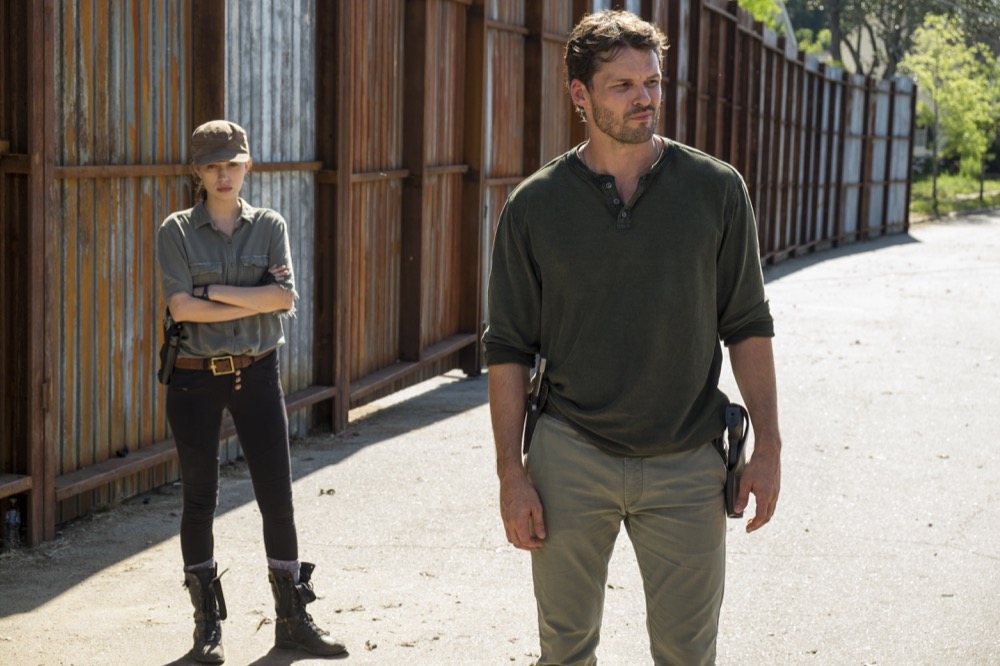 Michonne reminds Rick he didn’t have to surrender her rifle and challenges him on his recent decisions. Rick tells Michonne about Shane for the first time and ADMITS JUDITH ISN’T HIS BIOLOGICAL DAUGHTER!!! “I had to accept that so I could keep her alive,” he admits. He asks Michonne to accept THIS situation and she promises to try. Later, Michonne hits the road and discovers all their mattresses were burned by The Saviors. That night Rosita asks Eugene to make her a bullet.

How did YOU feel about the episode? Tell us in the comments!

How To Make The Walking Dead’s Alexandria Cocktail!