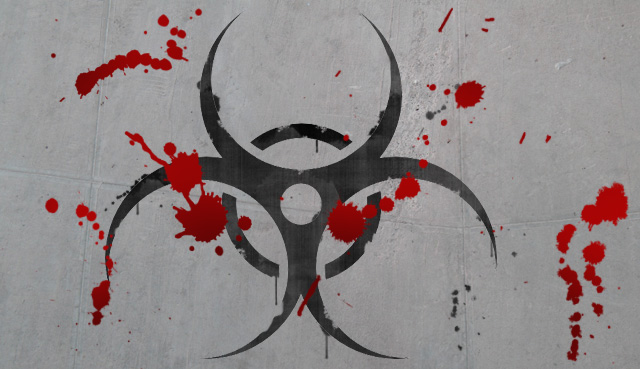 Let me start by saying that I am not a doctor. I have no educational background in any sort of medicine. I’m not even exceptionally bright. But I HAVE been getting questions about whatever epidemic is sweeping the prison, so real, real quick I’ll lay out some basic info and hopefully someone that DOES have some education can drop some med bombs in the comments section below.

First, it’s important to note that in a situation like this, where the people have no access to labs or blood work they have to diagnose the symptoms. When you have diseases with overlapping symptoms you have to make your best guess. What they know is that the infected end with bleeding from the eyes, mouth, and nose, suffer from coughing, nausea, and other flu-like symptoms, there was a pig that died from infection, and there is at least one walker that appears to have died from something similar outside the prison.

So given the symptoms, the new doc Caleb says the illness could be pneumococcal infection (bacterial) or an aggressive flu (viral). A bacterial infection would be fought with antibiotics while a virus is normally fought with precautionary measures like a vaccine and post-infection with an antiviral (a product of the second half of the 20th century). Neither of which is stocked at the Prison.

So is it realistic that someone would die from either a bacterial or viral infection? Well, in real life, not really. Patrick went from fine to dead in about a day (assuming he didn’t crack his head open when he passed out) which is far too quick for either a pneumococcal infection or any flu. But it’s important to note that this is not real life. This is a zombie apocalypse and our survivors are infected with a disease that causes them to reanimate when they’re dead and also seems to cause quick death from walker bite. BOTH pneumococcal infection and influenza prey on and are accelerated by weak or under-developed immune systems, so it actually makes perfect sense that an epidemic would sweep through a dirty prison full of people with some sort of zombie infection.

What next, then? Well the group will need to either seek out meds from local hospitals, clinics, or pharmacies, or make them (and it’s not exactly easy or quick to make penicillin, though it is possible). This is made even more difficult by the lack of a clear diagnosis—while a viral infection and a bacterial infection can have similar symptoms, their treatments are completely different. In any event, it’s going to be interesting to see how they deal with this and how bad things will get. Knowing Robert Kirkman and The Walking Dead, things can get very, very bad.

Are you a doctor or play one on TV? Weigh in below! I won’t be offended when you tell me how wrong I am*!

*I lied, I will be extremely offended.