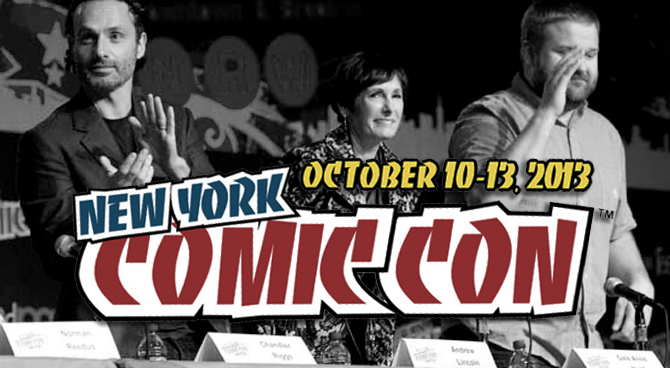 NYCC, as you know, is going to be filled with all sorts of Walking Dead goodness, including TWD Escape and an issue #115 variant you won’t want to miss. Now we have details on the Season 4 panel, which is scheduled to take place on Main Stage 1-D from 6:30 pm – 7:30 pm on Saturday, October 12th.

“Join Andrew Lincoln, Chad Coleman, Lauren Cohan, Steven Yeun, Danai Gurira, Melissa McBride, Norman Reedus and producers of “The Walking Dead” for a panel moderated by Chris Hardwick (The Nerdist, Talking Dead). The panelists will be on hand to discuss the upcoming fourth season of the series as well as introduce an official, never before seen, sneak preview. Content and language in this panel may not be suitable for children.”

Can’t think of a better way to kick off Season 4! Hope we see you there, and at other Skybound / The Walking Dead panels as well.