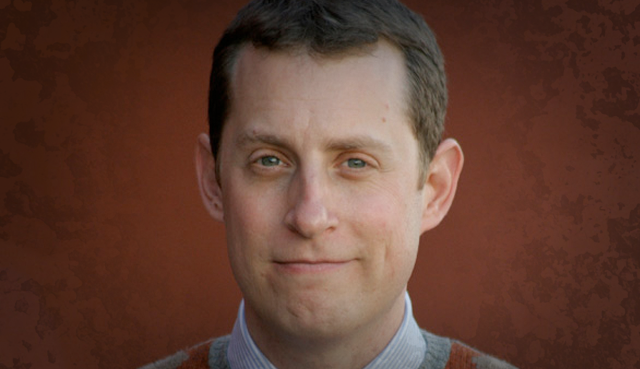 Entertainment Weekly cornered showrunner Scott Gimple and asked him about everything we wanted to know! When did he decide to kill off Beth? How will Maggie recover after the latest in a long line of Greene family deaths? Is Rick becoming Gareth? How close is Morgan to the group? And what can we expect when the show returns in 2015?

Read on for some answers!

ENTERTAINMENT WEEKLY: Tell me how you came to the decision to kill Beth. Was that the plan once you came up with the whole hospital story structure and mapped out the direction for the first eight episodes, or did it evolve that way later?
SCOTT M. GIMPLE: I will say that it evolved a little bit. We were going over a lot of different iterations of the season and the way that this story fits into the greater story this season and the way that it fit into Beth’s story itself — it was the story we both wanted and didn’t want to tell. We absolutely wanted to tell this very tragic story of someone who found out that they were strong all along. And even so strong as to not be able to swallow injustice when it is given to them with Noah being left behind. And strong enough to believe that maybe she would lash out against this person — and really sort of underline who she didn’t want to become, which is someone who is compromised like Dawn. That’s the tragedy, that the compromised person took her down, which is a very painful story. And it’s not a story that we relish making the audience watch, but the feeling that that leaves to the audience and to the characters is a portion of the story that we’re telling and will resonate into next season and put the characters in the places that we find them.

What’s it like having to tell actors like Emily that they are being killed off? I imagine it is not the favorite part of your job.
No, I can say with certainty it is by far the least favorite part of my job. And it’s something they don’t teach you in film school — like, this is how you do that. So it is even a learning process on how to do that. It’s awful because there are characters that you love writing and there are people you love working with. The one solace that I’ve had is knowing how talented the people are that I have been working with, and hoping that maybe I work with them again, or I just see them in awesome things which I would enjoy — which has been the case over and over. But yeah, it’s a terrible part of the job.

You’ve done a great job of taking characters that were maybe a bit more in the background in the early seasons and giving them juicier storylines, but often there is a big price to pay because right after you make us care about them, you do horrible things to them. Were you worried that people were going to see this Beth death coming because the dramatic and heroic evolution you gave her this season?
You want character deaths to have meaning in this show, meaning for the characters’ stories, and you don’t want people to get ahead of them. But this audience is so smart and so savvy that it’s like a mind game with yourself while you’re working because you’re like, well, the obvious thing to the audience might seem not obvious, and the not obvious thing is obvious because they’re just so smart, so it’s a bit of a Rubik’s Cube. Character deaths in and of itself should never be done for shock. This certainly wasn’t done for shock. It was an incredibly tragic story and so as far as people getting ahead of it, some people will always get ahead of it just because people guess everything in every direction. But as long as it resonates with people and as long as we’re going for something great and meaningful, that’s the best approach I know.

I know for you it’s all about moving the story forward and you hinted at that briefly earlier, but tell me what this is going to mean for the group, and particularly Maggie, who has now seen her family die at the farm, her dad get beheaded at the prison, and now Beth here. Some viewers have pointed out how Maggie was not talking about Beth a whole lot while she was missing, but we saw her reaction when her lifeless body was carried out. What does this mean for her individually and the group at large?
It’s devastating for her, and I think the way that we’ve seen her processing Beth in general — which has been quiet, she hasn’t been bringing it up every episode, although she brought it up in one of the first lines of the season — this is going devastate her and we’re going to peek into how she’s been processing everything. But she’s destroyed, and this group is devastated, and the emotional place we start them in the next half of the season, they’re all in a very dark place and things only get darker for them until things for them change in a huge way.

And if you missed it, check out Norman Reedus’s thoughts on the midseason finale!