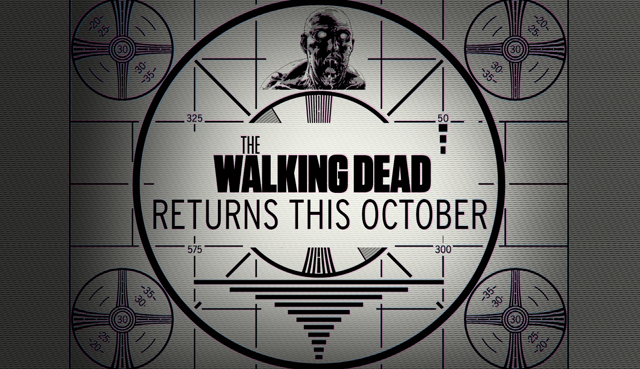 Hey gang! It’s Friday and we’re in between issues of TWD and in between seasons of the show. Volume 23 just came out, and even if you only read the single issues, it’s a great chance to talk about the arc. But what about the other 22 hours in the day?!

We figured this was a great chance to let fellow fans of The Walking Dead, presumably people with similar tastes, to let us know what shows they’re watching, and what older shows they recommend!

Here are some favorites I’m thinking of:

Game of Thrones: OBVIOUSLY. I don’t think we even need to mention this. Everyone watches this, right? Every Monday we talk about the previous night’s episode. Woe is June, our PR Wizard who is still on the first season (don’t worry guys, she’s catching up).

Mad Men: IT’S ALMOST OVER. Honestly I didn’t think I’d be a big fan of this show, even though I love the advertising biz. After season 1 enough friends were talking about it though (especially my writer pal, Joe Donatelli—who’s honeymoon travelogue is begging to be written into a full-length book) that I got caught up. Oh man. It’s amazing. The perfectly captured era of the 60s just oozes style and cool. And the characters are just amazing. It’s on Netflix! Start watching if you haven’t been!

Halt and Catch Fire: Not to AMC brown-nose, but I’m a huge fan of this period drama as well. Definitely not for anyone, but I’m an even bigger computer nerd (hello, it’s my job) than I am a advertising geek. Watch the intro and tell them that isn’t the bee’s knees. The birth of the modern PC is one of the most interesting and important stories in recent history and this show makes this fictional version really interesting and cool while still feeling very true. Also on Netflix. Season 2 starts in a month!

Wonderfalls: If you liked Pushing Daisies, you have to check out Bryan Fuller’s first super whimsical, super witty show. Scholastic over-achiever Jaye Tyler graduates college but then takes a meaningless job in a Niagara Falls gift shop. Things get weird when inanimate objects start talking to her. It kind of defies description but it’s amazing. The first season was 13 episodes (not all of them aired). Even though it was canceled, it actually wraps up pretty well.

Attack on Titan: I’m putting this in as the Lizzy suggestion (but I’m a big fan as well). Lizzy FORCED me to watch this and I agreed on the condition that she watch Akira, WHICH SHE STILL HASN’T DONE. Attack on Titan is some bizarre alternate past or future where a vaguely European society lives behind giant walls that keep out these freakish, naked giant monsters. The less you know, the better I think, but the rangers that fight the Titans have badass steam-punkish gear and uniforms. There’s a reason you see so many AoT cosplayers at cons. After two episodes you’ll be hooked. Based on a manga, soon to be a movie. It’s on Netflix.

The Fades: Last one and I’m going WAY out here. I don’t even know if you can get this canceled BBC series anywhere, but if you can, the first—and only—six episode season is a must-watch. Paul is a troubled teen that discovers he can see ghosts—Fades— unable to move onto the afterlife. But what happens when they start obtaining the ability to be flesh once again? And why can Paul see them? Great writing. Great cast. Find it and watch it if you can. Any British fans back me up!

So that’s a very, VERY short list of stuff you can and should watch until late summer when FEAR THE WALKING DEAD premieres! What we want is YOUR suggestions down below! Help your fellow fans out! Tell us what to watch!