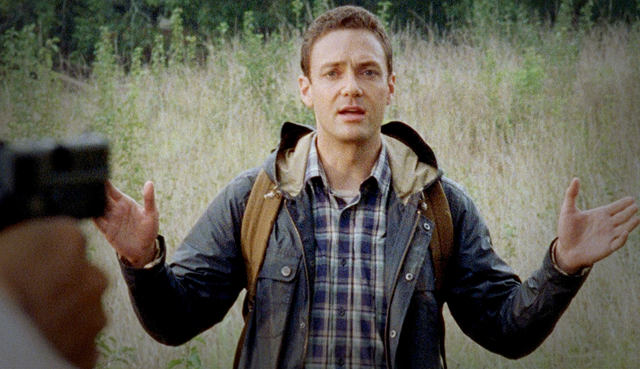 Newcomer Ross Marquand appeared at the end of The Walking Dead Episode 510, and if you’re curious about Aaron or the man portraying him, continue on, brave reader!

EW: Okay, newbie: Tell me about your audition and how you got the role.

ROSS MARQUAND: I have auditioned for Sharon Bialy and Sherry Thomas numerous times over the past three years. I thought they were great casting agents, but I never booked with them. I would go in there and get callbacks sometimes, but it would never pan out for whatever reason. And I think—you get fake sides, of course—but I think I auditioned for Gareth a year ago. Because some of the language in the show when I saw it six months later matched what I saw in those sides, and I was like, “Gosh, I think I auditioned for Gareth.” And I was so bummed because that was such a great part and it was done so wonderfully by Andrew West. But I’m glad now that didn’t happen because it was only three or four episodes.

It’s funny, because we taped the audition. We did a few takes, I finished up, and they were happy with what they got and they said, “Great. I think we’re good with that so thank you so much for coming in.” It was very quick and painless. And then 15 minutes later I get a call from Sharon and she says. “Hey, I just had this thought. I wonder, can you come right back to the office?” So I fly on back and I’m like, “What’s your thought?” She says, “I was thinking back to your impression videos and Scott Gimple is extremely into improv and impressions,” and there’s a part of that side of Aaron—that sort of whimsical side. He has a bit of a smart-ass side to him. He’s a little more fun and can crack jokes sometimes. And she was like, “We want to see a little glimmer of that in the take.” So I say, “Sure!” We do the take, taped it just once or twice more. They were really happy, but a week later I hadn’t heard anything so I assumed it was a no go. And then I got a call a week later and they said I booked it, so I went down a week later and that was really just the most amazing and painless procedure. I can’t believe it was all so fast and low-pressure.

But at the time when you auditioned, I assume you didn’t know it was Aaron you would be playing, right?

How familiar were you with the show when you went in to audition—I guess for the Gareth role at first?

I had been a fan of the show since the beginning. I was a huge fan of the show since the Halloween 2010 debut. My friends and I watched it over at my friend Miranda’s house in North Hollywood. We were totally broke and didn’t have the money to go out for Halloween, so we all looked at each other and were like, “Do you want to watch it again?” We just sat there and had a PBR party and watched it again and were so impressed. It didn’t seem like anything else that was happening on TV. It had a very cinematic style to it. So I was a massive fan and was really floored when I got the news because it’s one of my favorite shows and it’s a group of people I had always wanted to work with. I was over the moon.

Once you got the role and they told you whom you were playing, did you go and start reading the comic book?

I didn’t want to do anything until I talked to Scott Gimple first, so I had a phone call with him and said, “I know this is coming from a very specific source material with a fan base that we want to honor. Do you want me to mirror my performance off the depiction of Aaron in the comics?” He’s like, “I certainly wouldn’t tell you to shy away from reading that because I think it will give you some great insights into whom he is, but ultimately I want you to make this character your own.” And that was a really nice note to give because sometimes you can get too caught up in the fandom of it all and the comic books and what people expect from that. It was nice to hear that there was some artistic freedom to make this character what you felt it should be and could be. But reading through Kirkman’s comics was enormously helpful because you do get a really amazing sense of whom he is.

What did you think of Ross as Aaron? Comics fans, did you think he really hit the mark (so far)? Also, have any of you watched his impression videos? They are hilarious.

Don’t forget to leave a comment on our Season 5 Episode 10 Recap and Discussion post. Glory and prizes to be had! 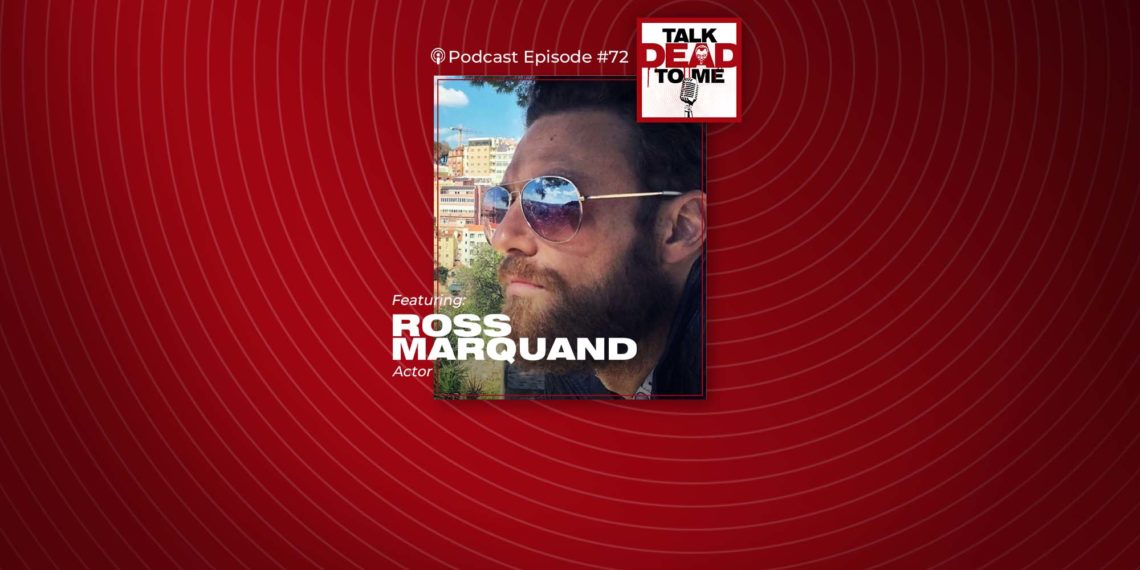 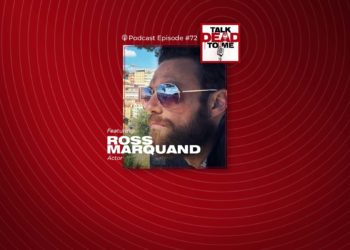