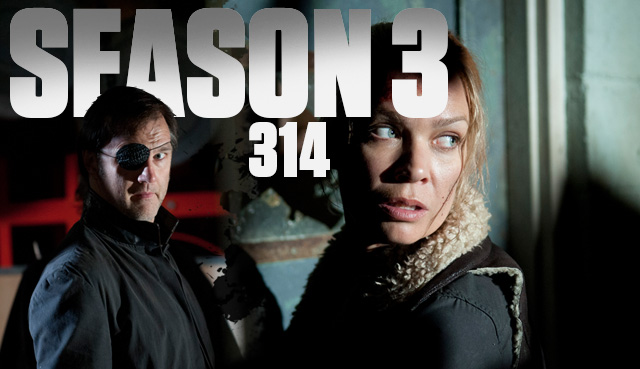 I really liked last night’s episode. First, any time I see Tyreese I’m pumped. I think he’s getting hip to the Governor’s bulls**t. Second, I loved the horror movie cat-and-mouse warehouse scene. Third, I really felt for Andrea by the end. I know she’s made some unpopular decisions in regards to the Governor and Woodbury, but she’s got some bad times coming. And she’s trying to make the right decisions.

From Clark Collis at Entertainment Weekly: ‘Walking Dead’ Q&A: Robert Kirkman talks the Governor, Andrea, and THAT shocking climax (I love when Clark says, “…when Andrea saw the Governor laying out those weapons of torture at the start of the show, she had no concept that she might be the one who ends up sitting in the chair.” So true.)

From Lesley Goldberg at The Hollywood Reporter: ‘Walking Dead’ Dissection: Robert Kirkman on Hope for Andrea, the Governor’s Dastardly Turn

The Walker Stalkers had a busy week last week. They talked to both Norman Reedus/Daryl Dixon (swoon) and Laurie Holden/Andrea.

AMC talks with Chad Coleman. He’s as much of a real life badass as I would hope.

The cast and crew reflect on last night’s episode. Inside Episode 314: Prey”