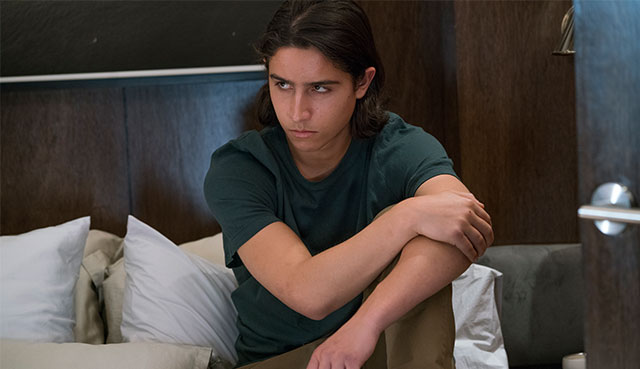 Inside The Mind of Lorenzo James Henrie

Chris is arguably the most polarizing character on Fear the Walking Dead. Following the loss of his mother at the end of Season 1 Chris began a sociopathic downward spiral that led to him attempting to kill the people closest to him. Recognizing the danger Travis left the group to help him.

Lorenzo James Henrie is (thankfully) the polar opposite of Chris but wants people to know there’s more to his character than people see. DigitalTrends recently sat down with Henrie to discuss Chris’ path and what we can expect from him the rest of the season.

Do people look at you differently after Chris went a bit Norman Bates this second season?

People really relate to the show, so it’s really cool seeing the fan interaction. My favorite moment is when people come up to me and say, “I really love you, but I really hate you.” That’s my favorite reaction — the love/hate relationship. 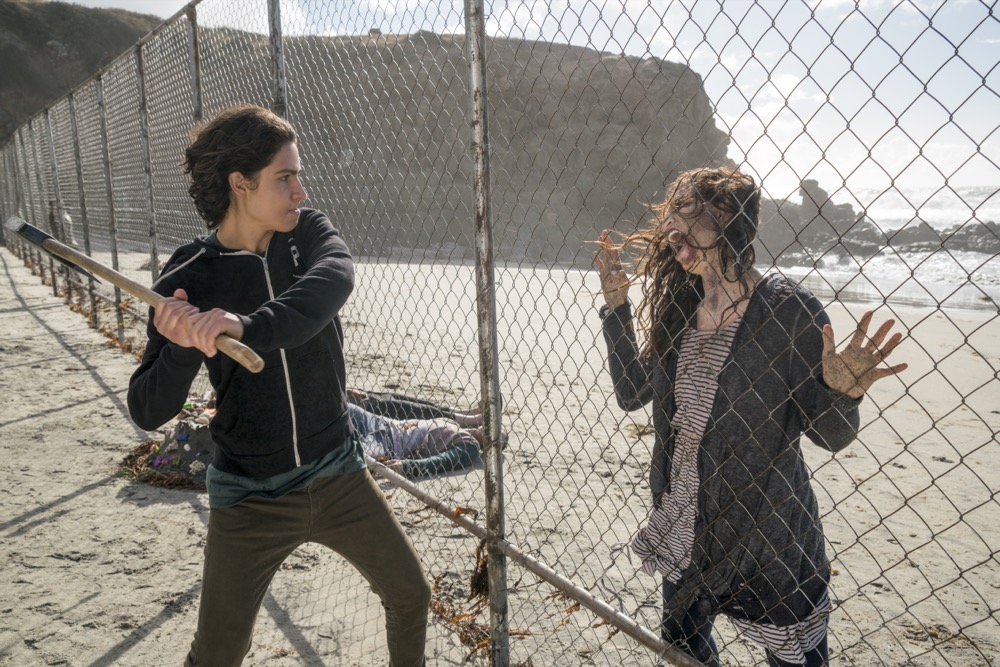 DigitalTrends: What was it like for you to explore Chris’ darker side?

Henrie: It was a little tricky. We only get the episode scripts week by week, so I was seeing my character evolve week by week not knowing what sort of decision to make in a previous episode that makes sense in the next episode. It was something where the change happens gradually. It’s tough as actors not to know the end goals, but it was a good learning curve on how to really flex your muscles. I’m so grateful for working with Cliff Curtis because he’s been so great to teach me a lot. He’s a lot more experienced than me, so he’s like my mentor. 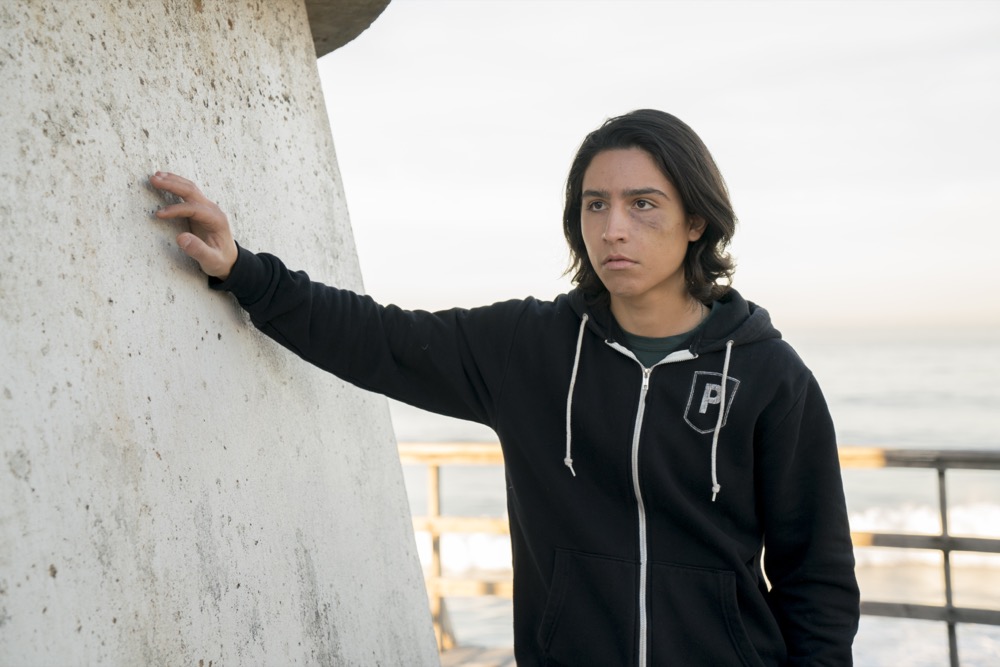 DT: What’s in store for the second half of season 2 with exploring Mexico and getting off the yacht?

Henrie: It’s actually a nice change of scenery. The Abigail was fun, but it was a little tricky shooting schedules because you have to turn the boat around to get different shots and it’s just a little harder to maneuver the crew. It was nice to get off the boat and get on land, but also exploring different things that we’re going to be running into. Going to this different place you meet a lot of new people, a new culture, and you’re going to see some characters. The land gives us more exploration. 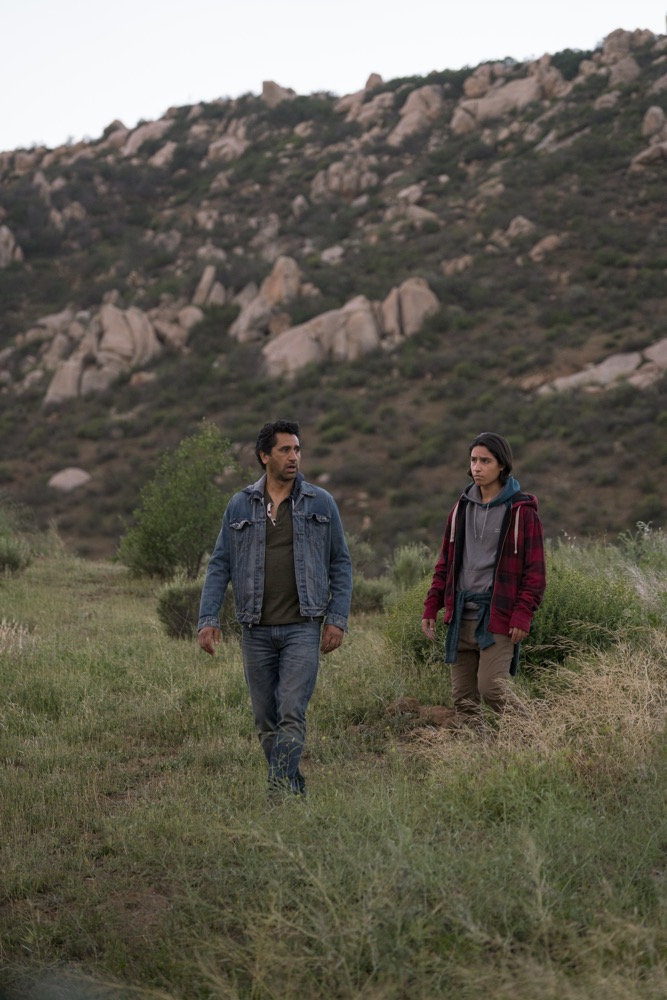 DT: How are you guys upping the violence quotient in this show?

Henrie: The violence side is definitely at a higher factor now. It’s just crazy. This episode coming this Sunday is very, very different from anything The Walking Dead franchise has ever done. It’s shot so beautifully, but also Frank (Dillane) gives such a good performance, and you’re going to be seeing a take on Mexican culture that really puts a twist on the show.

DT: What can you tell us about Chris’ evolution going into the second half of this season?

Henrie: If you look at it logically from the first season to the second season, it makes sense where Chris is because naturally a father would guide their son — like Madison has done with Nick, but Travis neglected his son the first season. He gave all the affection and love and help to Nick, and Chris never got that. Prior to that, his parents got divorced. Chris witnesses his dad kill his mom, and he had to adjust to this zombie apocalypse. 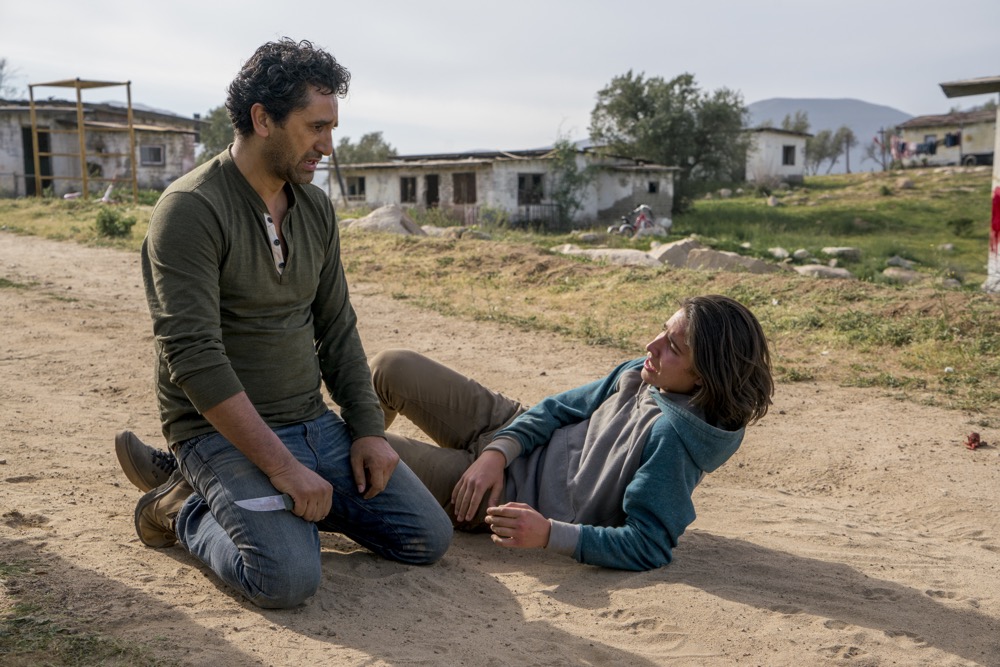 People have this love-hate relationship with Chris because they understand what has happened to Chris psychologically. They’re seeing all these other bad ass characters in The Walking Dead and they’re like, “Man, just get over it!” But if you look at the psychology of what’s going on, it’s so hard to get over what has just happened in the course of like a few months.

Make sure to catch the rest of the interview over at DigitalTrends!

Home | The Walking Dead | Inside The Mind of Lorenzo James Henrie