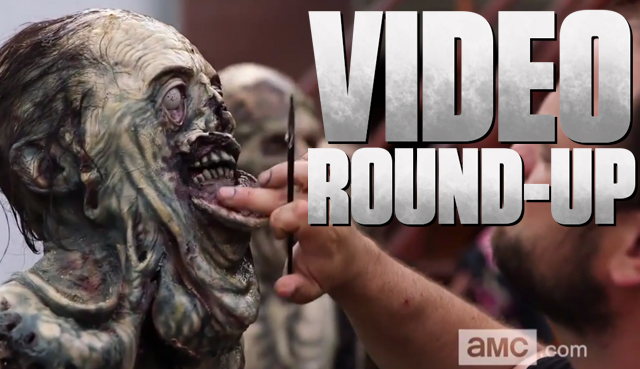 AMC has gone video crazy today. We could post them one-by-one but I can see the angry tweets a mile away, so we’re dumping them all in one post. Speaking of angry tweets, yes, these are likely all region-locked (I can’t actually test that because I’m in the US). This isn’t our fault, it’s an AMC thing. It likely isn’t there fault either. I’ll assume the deal between AMC and Fox International allows for Fox to promote Internationally, and AMC promotes in the US, and hence they region-lock their videos.

First, the best. The Making of Episode 502. I love that they basically built a swimming pool in the basement of a warehouse. Very cool.

Next up, Inside Episode 502. The cast and crew ruminate on the characters and story.

You know you want to see that ending again! Don’t you lie! Gareth is at full creep level here, munching on… well, Bob.