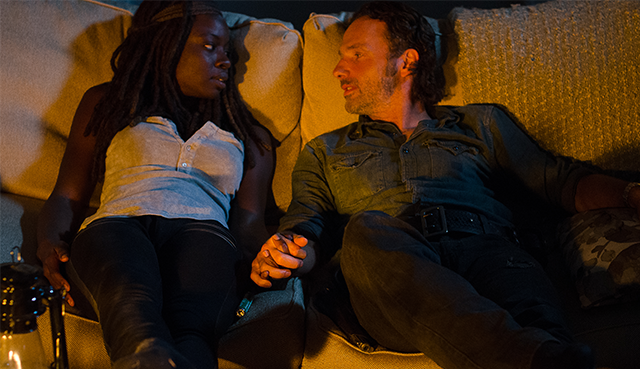 Fan fiction finally became reality last season when Rick and Michonne officially became an item. Lovingly referred to as “Richonne,” the new couple quickly became one of best and most optimistic storylines of Season 6. Not only did it create the strongest power couple of the show (sorry Glenn & Maggie) but proved love could still thrive around a bleak world (We found love in a hopeless plaaaace). People Magazine recently sat down with actors Danai Gurira & Andrew Lincoln to discuss their thoughts on the inevitability of Richonne and MORE in the video below:

Make sure to check out the full article over at People Magazine. Also, watch fans react to seeing Richonne for the first time back in Episode 610: