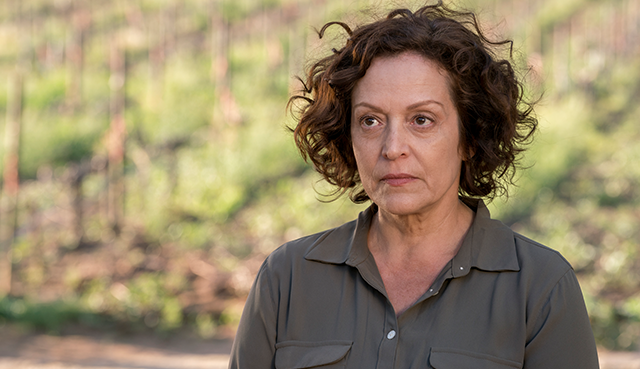 Fear the Walking Dead has kept its foot on the gas this entire season and Sunday’s Mid-Season Finale doesn’t deviate. Entertainment Weekly’s Dalton Ross sits down with Fear Executive Producer Dave Erickson to discuss last week’s cliffhanger and how it will affect Sunday’s epic finale. 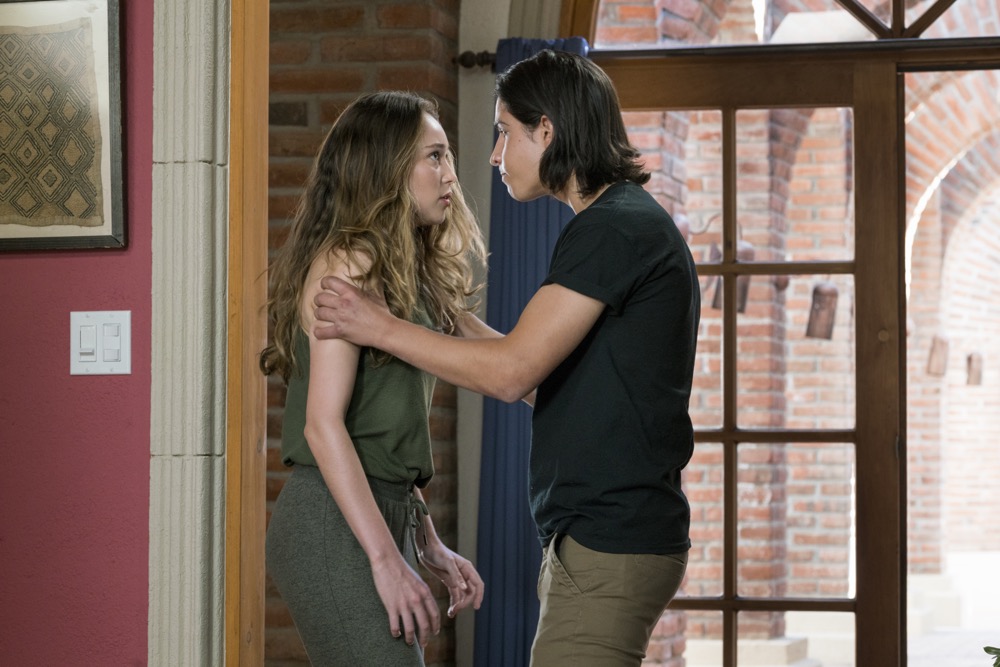 Entertainment Weekly: Let’s get into the whole Chris thing. Travis tells him the others are doubting that he needed to kill Reed, then we see him not help Madison when she’s about to be bitten, then he threatens Alicia if she tells anyone, and then he stands over Madison and Alicia with a knife in his hand. What the hell is going on with this guy?

Dave Erickson: Chris is not in a good place. And I think if you go back, you’re talking about a kid who even before the apocalypse was isolated, alienated, and angry. And he’s in this new, forced apocalyptic blended family, and his worst fear and the thing that scares him the most is the idea of being hated by the people that are supposed to love him.

And when Travis comes back from episode 5, he hears about what happened to Reed, and he hears about everyone else’s opinion, which is that Reed, although he was evil, he didn’t need to be shot, he wasn’t about to turn, he wasn’t dying. And now Travis has to reconcile what everyone else is saying with what Chris is saying. And Chris’ realization is that his stepmother — this woman who was supposed to support him, and replace his mom, and told him, “I do believe you, I know you did the right thing, I know you had to do what you did”— I think he’s crushed by it. In this one moment, it’s a brief hesitation, and of course, Alicia sees it and reads into it and assumes he was about to let it happen. He was about to let Madison — this woman that’s betrayed him and sort of turned her back on him — die. 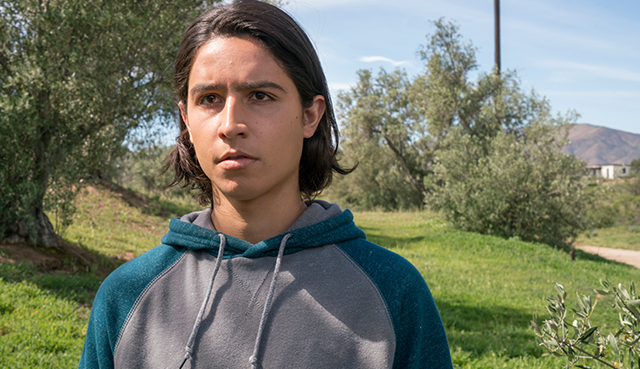 And when he goes into Madison and Alicia’s room at the end of the episode, the intention isn’t to do her harm — the intention was for him to have an opportunity to explain himself again, to try one more time. And when he sees that knife by the bed and realizes, that’s meant for me, it’s a defense against him. And he picks it up, and in that moment, it’s not as though he was about to bring it down, it’s not as though he was about to do anything or cross the line into a more evil place, but I do think he was in a confused moment.

So that’s the moment when the gunshot goes off, wakes everybody up, and whatever his intentions may or may not have been, it looks really, really bad. And I think we’ll come to see when we get to the finale, is this all comes to a head and we come to realize exactly what’s going on in Chris’ head and exactly how much damage the apocalypse and the loss of his mother has done to him. There’s more to be explained when we get to the finale. 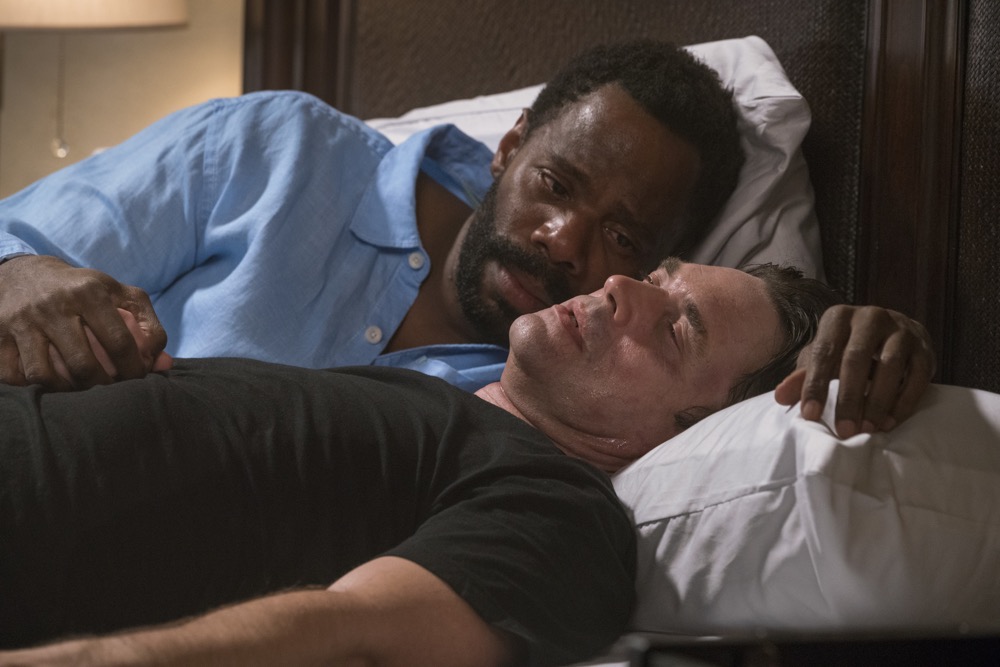 EW: You had me worried for a minute that you were about to kill off my favorite character as Strand tells his dying love Thomas that he will go with him so he does not have to take the journey alone. Celia makes them some poisoned wafers. But then, instead of killing himself, he changes his mind and shoots Thomas in the head so he does not reanimate. What makes Strand at first want to kill himself, and why does he ultimately change his mind?

DE: I think there’s two ways to look at that. I think on the one hand, his great love is dying and is suffering, and as we know, anybody who knows the original show and knows the comic — when you’re bitten and when that infection starts to take you, it is painful, it hurts. And Abigail is trying to hold on because he doesn’t want to leave Victor.

So part of the argument would be that he’s easing him toward death and telling him to stop fighting, to let it go, with the promise of his following. And that’s something he shared with Celia, and Celia was very impressed because she’d never been very impressed by Strand, and she saw this as a grand gesture, an opportunity for her to be with her adopted son and with Strand for the rest of her life. I think in the moment that Abigail agreed to it, the different side of Strand kicked in. And it begs to question: Was he saying it strictly to con Abigail closer to death? Was he doing it as a mercy just so he would let go? Did he ever intend to take the wafer for himself? 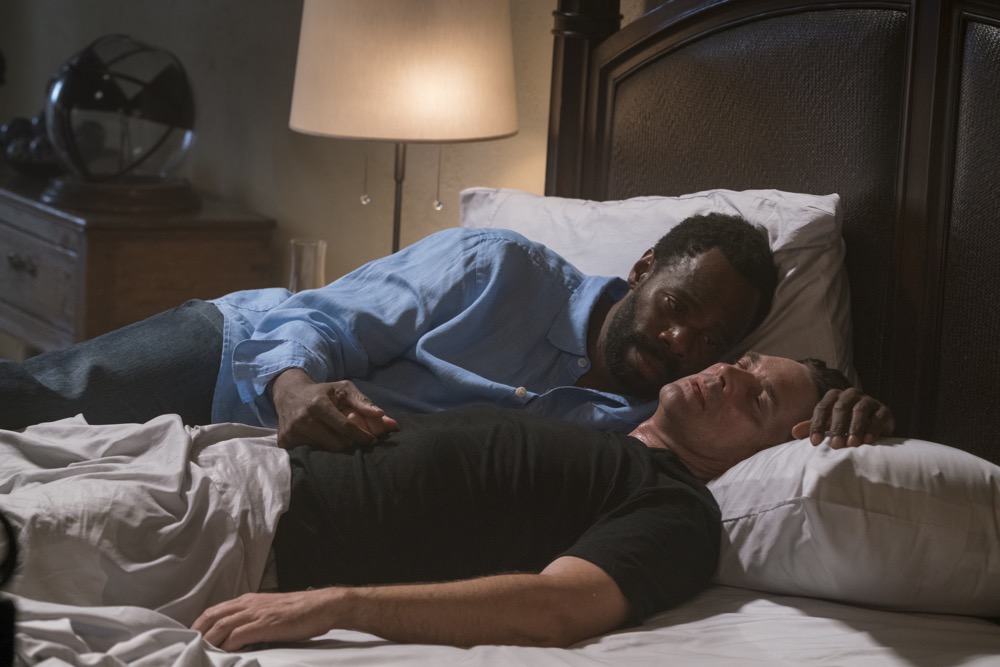 And I leave that to the audience to a certain degree, because I think for anyone to make that offer — anybody to make essentially what is a suicide pact — once the first person is gone, it takes a huge degree of courage and love to be willing to go that far. And I think that Strand, when it came right down to it, he offered mercy, he let his lover go. And then when he had the choice of doing it himself, he realized that he didn’t want to go that far. He loves this man very much, but didn’t quite love him enough to die with him. 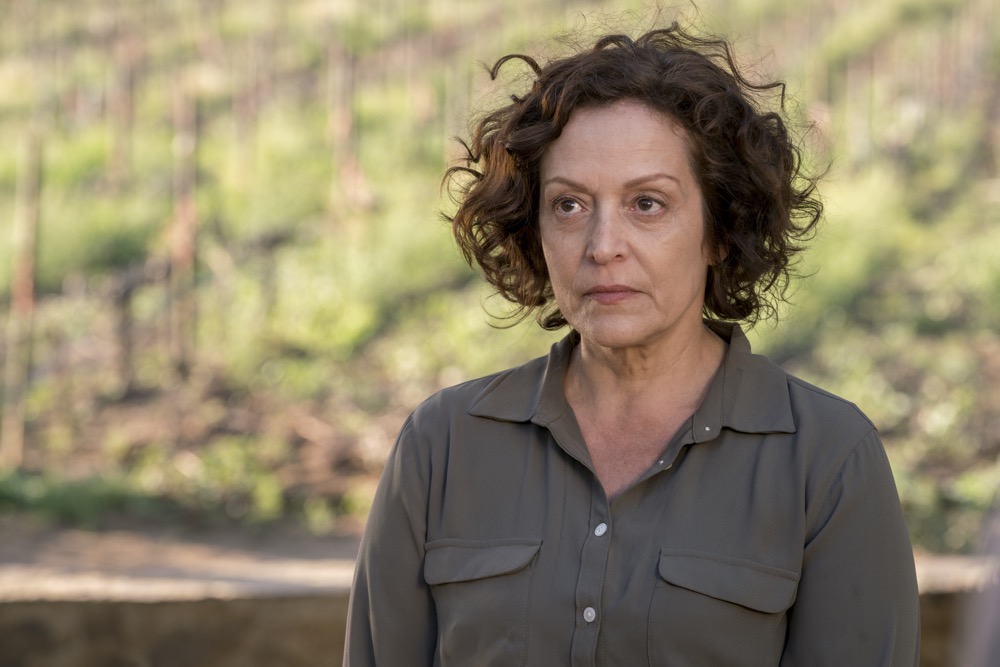 EW: Any other teases you can give us for next week’s midseason finale?

DE: It’s going to be big. There are actually some very significant movements that’ll play out. Everything that we’ve been laying track for, a good deal of it will be paid off. As we ended this episode, we saw Chris race outside, and there’s a very good question as to where he’s going to and what Travis is going to do to bring him back.

And then we will have the issue of Celia’s reaction to the death of Abigail, and how she feels about Strand, and how she feels about Strand’s associates, because we’re going to see some anger in her for the first time, a true anger and true greed. And this thing that they’ve been seeking for the past several episodes, this compound, this sanctuary, is going to be jeopardized for everybody. So we’ll see how they manage to attempt to stay in the vineyard.

What do YOU predict will happen in the Mid-Season Finale?? Tell us in the comments and remember to check out the rest of the interview over at Entertainment Weekly!

Get Tickets to the Outcast LA Premiere!