This year’s Fear the Walking Dead Comic-Con trailer featured a plethora of action, reunions, and zombies that will make for an epic conclusion to the season. We highlighted the best upcoming plot points the trailer revealed to get you pumped for the September 10th Mid-Season premiere. 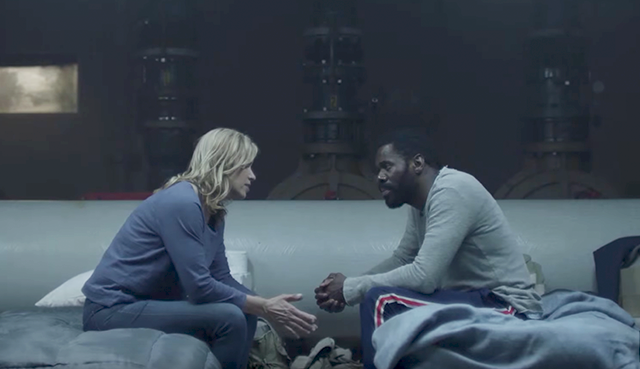 The most shocking moments from the trailer featured Madison reunited with Strand and Daniel, two friends she hasn’t seen since Season 2. The last time we saw Daniel he left Strand to die at the hotel and last we saw of Strand he was incinerating his past.

As for Madison, she reveals in the trailer the ranch’s water shortage problem, which one could assume she attempts to remedy at the Gonzalez Dam. It’s there we see her reuniting with Daniel, but we can’t say where and when she meets up with Strand. Either way, considering Strand’s bleak situation he could use Madison more than ever right about now. And Madison could use Daniel’s pull with Dam leader Lola. If only Madison had something to offer Daniel in return… 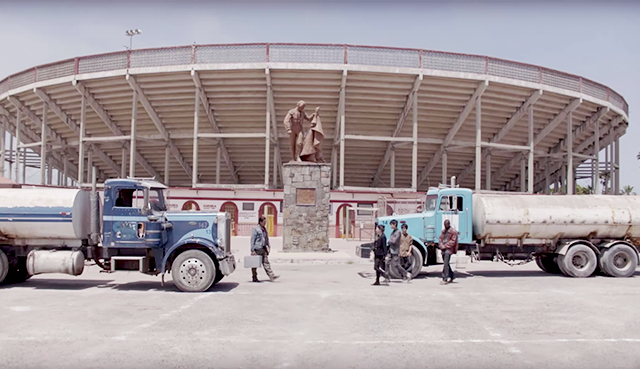 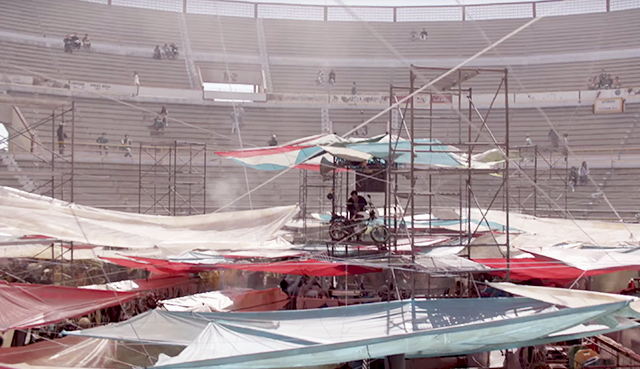 This season will also introduce new locations, including this converted stadium where we see Walker meeting with strangers in the parking lot. Although we can’t reveal the purpose, we can mention that Strand somehow ends up here battling the infected.

The Mid-Season Finale concluded with Madison making peace with Walker by offering him Jeremiah’s head. However, Walker still wants his land back and the trailer shows him moving his people into the ranch to seemingly co-exist with Madison’s group. Judging by all out brawl that ensues during the water shortage one could assume there will be growing pains.

The Other Walker Invasion

This half-season will feature more infected than ever before. We will see them at the dam, ranch, and even sewers. The trailer concludes with them breaching the ranch to the point where the ranchers have to retreat into the bunker. Walker may have been wrong about who’s land is who, it may belong to the undead. 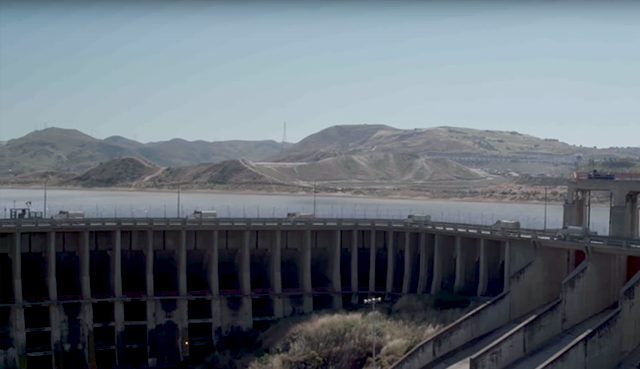 In a zombie apocalypse clean water is the new currency, which is why the Gonzalez Dam will play a huge role in the second half of the season. Not only will Madison meet with its leader Lola but it seems to be the place she reunited with Daniel. The trailer also revealed Walker will travel to the dam at some point. As someone who ALSO needs to provide water to his community, it will be fun to see who ends up getting what they want. 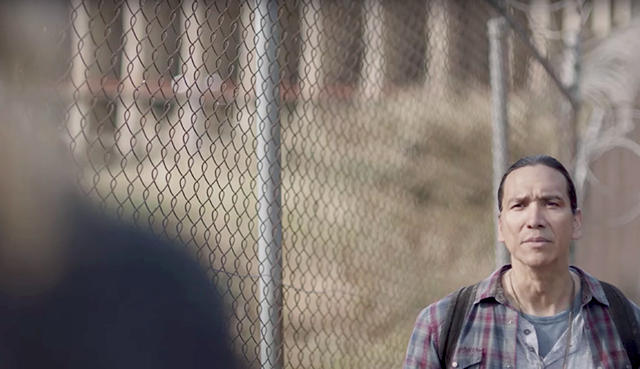 What’s 1000 times worse than a monkey with a machine gun? Troy with a grenade launcher. The Comic-Con trailer revealed Troy’s dangerous discovery, which will inevitably lead to trouble for anyone that crosses his path.

SPEAKING OF…aside from the grenade launcher Troy’s reckless behavior will continue this season to the nth degree. Judging by his maddening look alone in the desert and his fight at gunpoint with Madison, we can confirm the Otto boy will get even more unhinged in the second half.

What are YOU most excited to see in the second half of Season 3? Tell us in the comments!