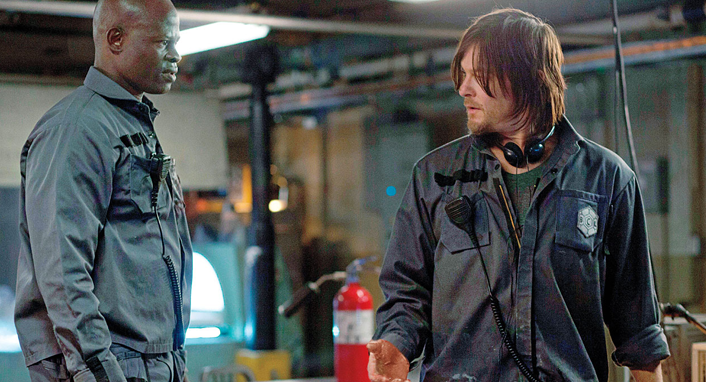 First photo of Norman Reedus and Djimon Hounsou in AIR

Entertainment Weekly has a first look at our upcoming feature film AIR. Executive produced by The Walking Dead creator Robert Kirkman and starring Norman Reedus, AIR tells the story of two workers (played by Reedus and Djimon Hounsou) who are tasked with maintaining one of the underground bunkers set up to preserve the human race after the air outside has been rendered toxic. The bunkers are filled with sleeping tanks housing individuals seen as providing the best chance for rebuilding civilization.

Check out an excerpt of the interview with Norman Reedus below!

EW: Okay, Norman, how would you describe AIR?
NORMAN REEDUS: It’s a psychological thriller. It’s a story of two people who are pretty much the last people on the planet. They run a facility that has all the best of the best that’s being held in sleep tanks that will be re-awakened to populate the earth, and one of them thinks of their job as the scientist and the other thinks more of their job as a janitor. And the position is kind of in between both of those. But one of them discovers that the other has a secret, he’s holding onto the secret and that secret is that he’s trying to keep a certain person alive. And through the character I play, his past is such a dark one, and the guilt of what he’s done weighs so heavy on him that he sort of substitutes his real family for this other person in his mind, and he sort of looks at him as a brother in this way that’s a little too close for comfort. And what happens is he ends up forcing the action to take place against the other person’s will. So it becomes this thriller, this mindf— of a movie of convincing this other guy to do something he doesn’t want to do.

So your character has secrets, he’s haunted by his past?
Quite a bit so.

What’s this underground bunker going to look like?
It takes place in an abandoned missile silo. It’s kind of a mixture of high tech and low tech. It’s sort of an analog frequency on high tech machinery. It’s a nice mix of the two. There’s the high tech equipment with sleep tanks and so forth, and then there’s also stuff that’s bound together by duct tape. It’s not a half-assed operation, it’s a last minute operation, and then obviously the sleep tanks are the Four Seasons, and ours are the Ramada Inn. 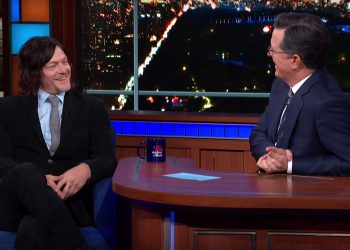