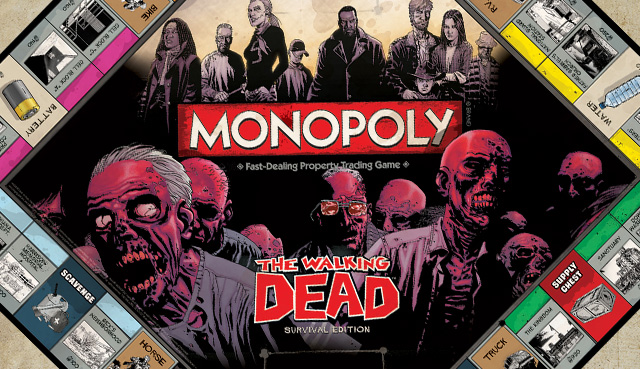 USAopoly put out more pics and information about The Walking Dead Editions of Risk and Monopoly. These boards look killer (and check those Monopoly pieces!!!)! I can’t wait to get my hands on Risk. Without more preamble, here are the goods: 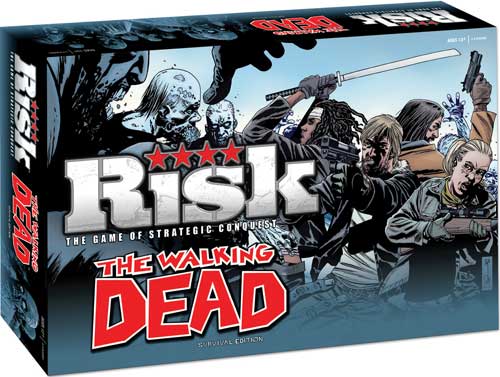 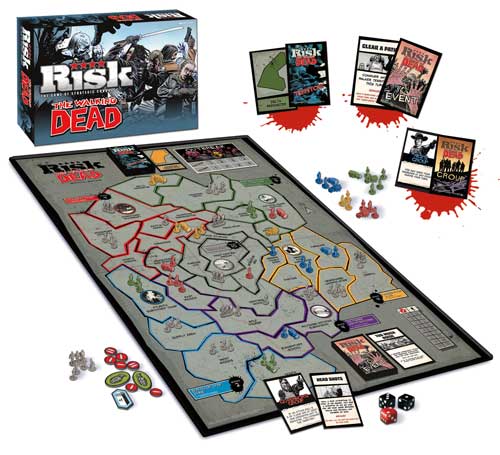 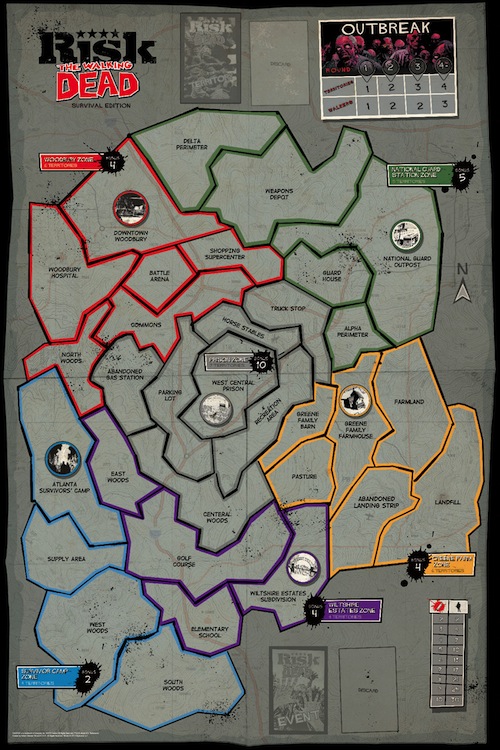 In RISK: The Walking Dead Survival Edition (APR132230, $49.99) it’s a fun, new twist on classic Risk game play.  USAopoly will debut a brand new map set in the southeast region of the United States where players battle and scavenge for their very lives. Players vie to be the dominant group of survivors in a post apocalyptic world infested by the undead. Contending for survival at every turn, gamers must not only fend off attacks from the living who compete for precious, limited resources upon which their survival depends, but they also must maintain their self-preservation from the unrelenting hordes of the undead that would feast upon them.

Gamers can expect a fast-paced game of attrition and survival in RISK: The Walking Dead Survival Edition, where this time — the last man standing wins! 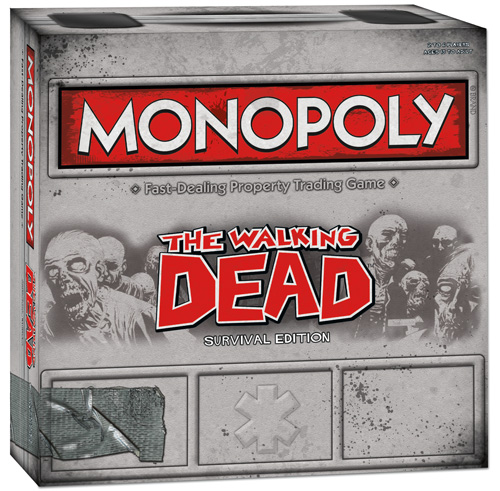 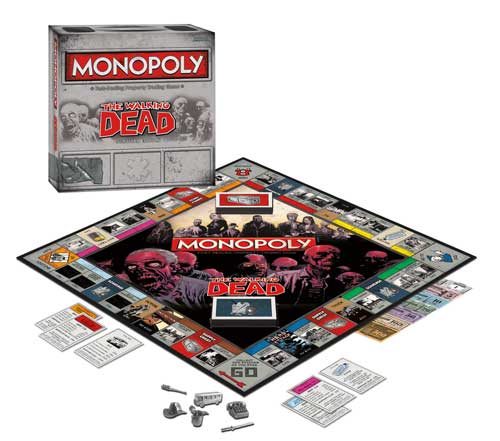 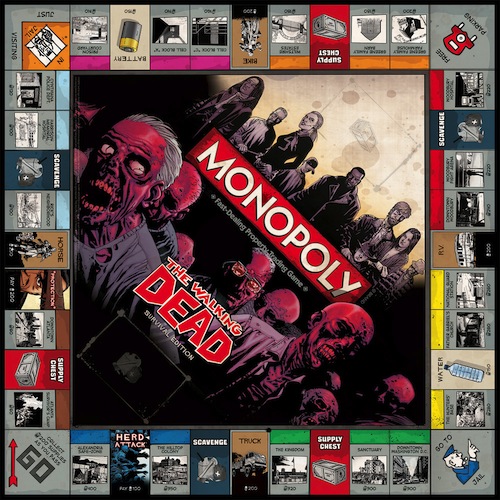 Despite its post-apocalyptic setting, MONOPOLY: The Walking Dead Survival Edition (APR132229, $39.99) delivers classic Monopoly wheeling and dealing game play.  Players vie for, and then must fortify, the prime real estate and resources that will sustain their lives. There’s only one victor that will outlast the others—whether living or undead—when all is said and done. This completely customized game features six collectible tokens, optional speed play and a fight to the finish!

The standard Monopoly pieces are given a unique spin to fit the world of Robert Kirkman’s The Walking Dead.

Both games will be available September 25th!