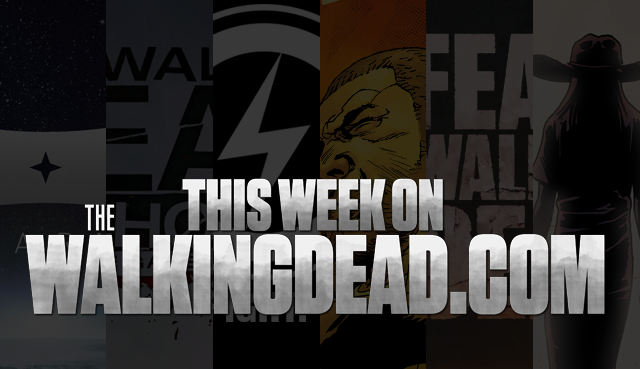 I somehow always forget how crazy planning for SDCC is. You guys have no idea (unless you work for a comic book company that also a big E3 presence and a few TV shows in the works. Then I guess you do know. Call us. We’ll get drinks and commiserate.). And, of course, the search for the next Lizzy continues. Interviews conducted this week and we’re narrowing it down. I think we’ll have a new family member to abuse soon. Exciting, right?! Even more exciting is some of this week’s news, so let’s get to it:

Starbreeze and their Overkill Studios dropped a bomb when they announced their VR hardware, StarVR. They even had a demo version of their upcoming game Overkill’s The Walking Dead running on it (here’s a trailer). Those guys are bananas and they love video games as much as anyone I’ve ever met. It’s always exciting to hang out with them! We should point out that AS OF RIGHT NOW, the VR demo is just that: a demo. Overkill’s The Walking Dead will be playable on PC and consoles without a VR headset.

ALSO at E3, our partners at Telltale Games announced the next installment of their Walking Dead series and it’s all about… MICHONNE! Rad! News like this (and StarVR) is tough to sit on so it’s always a bit of a relief when it’s announced. Now if [CENSORED] would just get announced…

Our super fun game Superfight is FINALLY getting a Walking Dead expansion deck! We actually first interacted with Darin Ross and his game Superfight because we were thinking about doing a TWD expansion. We liked the game so much we went into business with him and became partners in Superfight! So it’s cool to finally see this deck come to fruition!

We released the covers to The Walking Dead 146 and Book 12 Hardcover!

It was announced that Shawn Hatosy was joining the cast of FEAR THE WALKING DEAD! We also caught up with a couple other recent casting announcements.

In non-TWD Skybound news, we’re having the premiere of our movie AIR (which DOES star Norman Reedus, so I guess it is TWD-related) at Comic-Con! Some lucky Insiders will get invited, too! So if you live near San Diego or are attending SDCC, DEFINITELY become an Insider and don’t opt out of our emails.

And last, but certainly not least, we put up the preview for Issue 143 of The Walking Dead! Out next week! SO SOON AFTER 142!!!

Hope you guys have a great weekend!

PS: Bastet, what’d you like this week? Did the new FEAR clip get you any more excited? Ronny, I think they WILL remake Big Trouble in Little China and then watch me lose it. Tron 3 getting canceled almost killed me. This might actually do it.

Home | The Walking Dead | This Week on TheWalkingDead.com