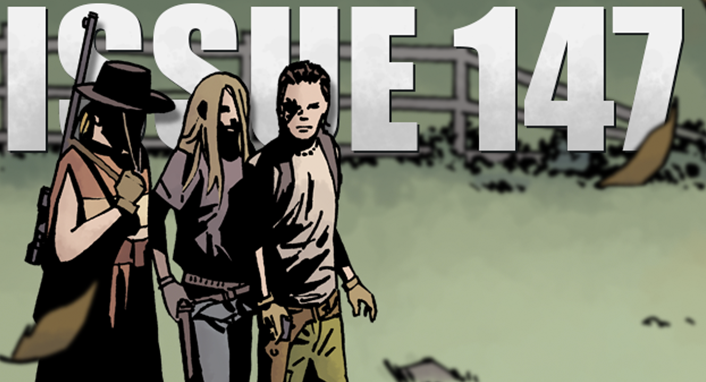 The Walking Dead Issue 147 OUT NOW

As the community continues to grapple with the attack and threat of the Whisperers, Rick responds to Eugene’s plan…

Previously:
Maggie confessed that she executed Gregory, which escalated into a heated confrontation with Rick. But as cooler heads prevailed there, Rick returned home to find Eugene waiting for him. Devastated by Rosita’s murder, Eugene demanded that the Whisperers must die… and that Rick can use Lydia as bait to draw Alpha out…

MAKE SURE TO DISCUSS IT WITH US AT THE WALKING DEAD SITE: https://bit.ly/147discussion

POLL: Who Was Honking that Horn??