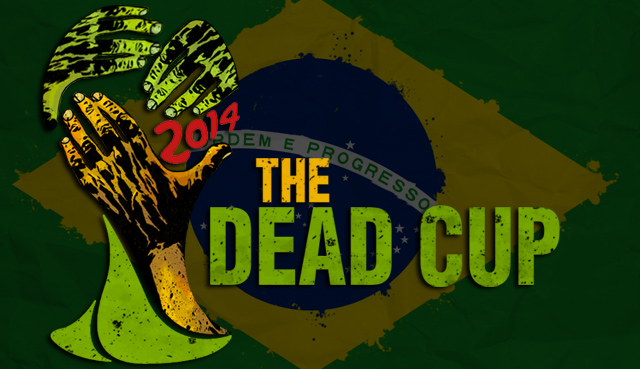 It’s down to 4! Rick vs Michonne! Carl vs Glenn! This is PRETTY close to how I thought it would go down, but I was definitely unsure about Michonne vs Andrea in the last round. Did the show help Michonne and hurt Andrea? Did it help Glenn? Maybe Carl too? I’ll be honest, my feelings for characters ARE influenced by the show, so I can definitely see someone who came from being a fan of the show and is just getting into the comic having a different take on these characters than I do. Anyway, onto the voting! 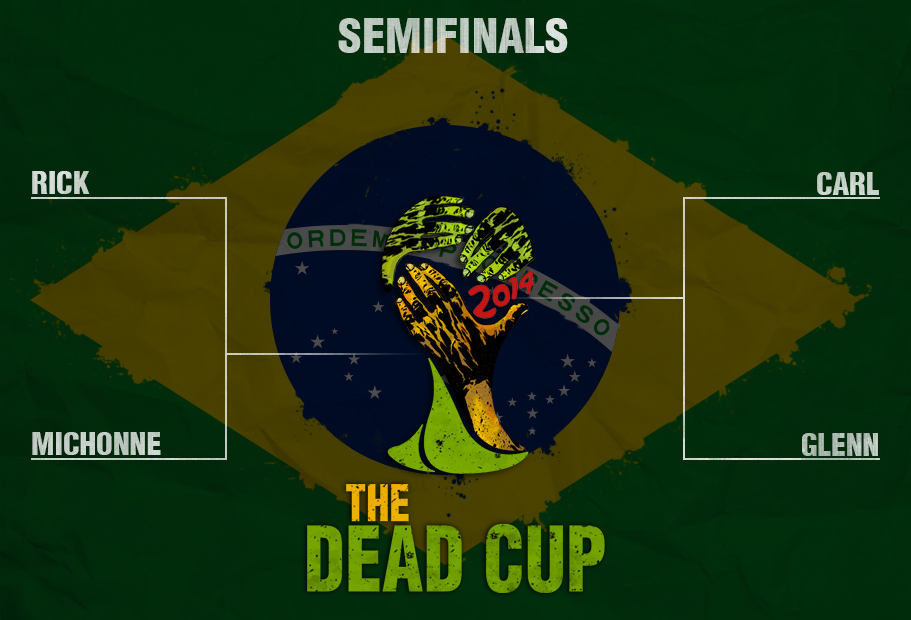 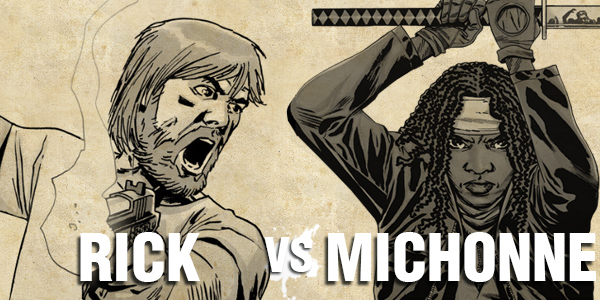 Rick has dominated his way to this point. Standing in his path to the finals? A woman with a katana. Can Rick’s leadership and awesome neck-biting skills overcome the challenge of Michonne?
[yop_poll id=”71″] 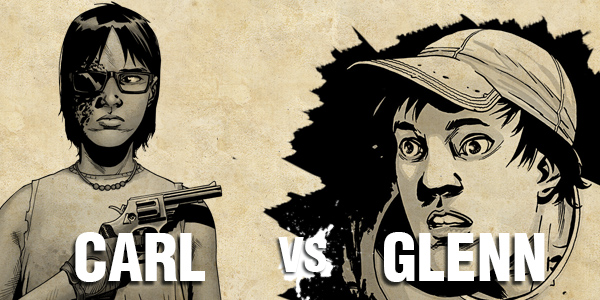 Ok, is Carl a little emo these days? Yes. But let he who did not rock Dashboard Confessional when they were younger cast the first stone. And I made my case for Glenn in the comments section of the last post, but in short, Glenn took this awful, post-apocalyptic scenario and used it to become a better man. And that is f**king awesome.
[yop_poll id=”72″]

Have a great 4th of July weekend you guys (foreign fans, enjoy your regular weekend, maybe have a BBQ)! Polls will show results MONDAY.
Here’s the full bracket as it stands right now: 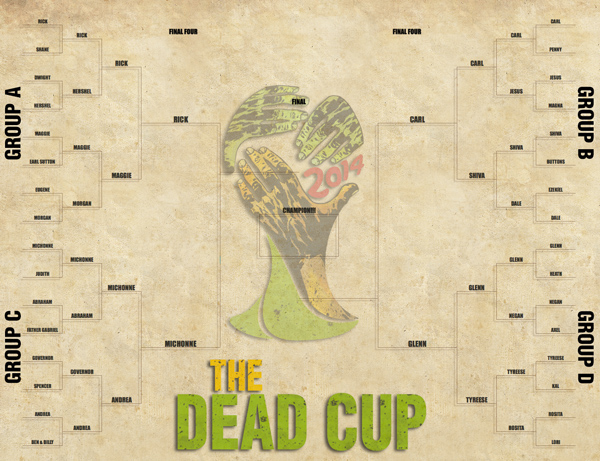