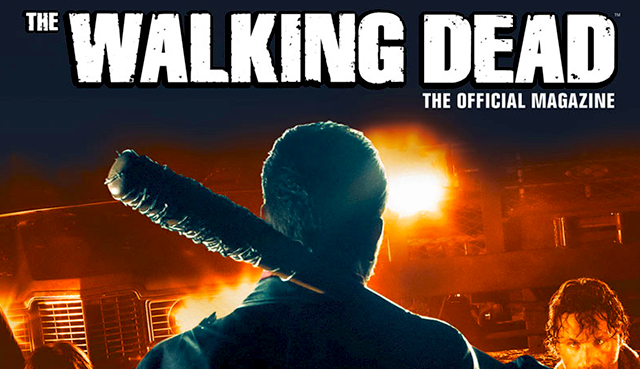 Inside The Walking Dead Magazine #18

The Walking Dead Magazine #18 is OUT NOW! Get exclusive details on The Walking Dead Season 7, catch an interview with Fear TWD’s Cliff Curtis, get entered into a giveaway, and more! To make it easier we’ve compiled teaser excerpts…but to read the ENTIRE magazine run over to your local comic book shop/bookstore or subscribe on their site to grab a copy! 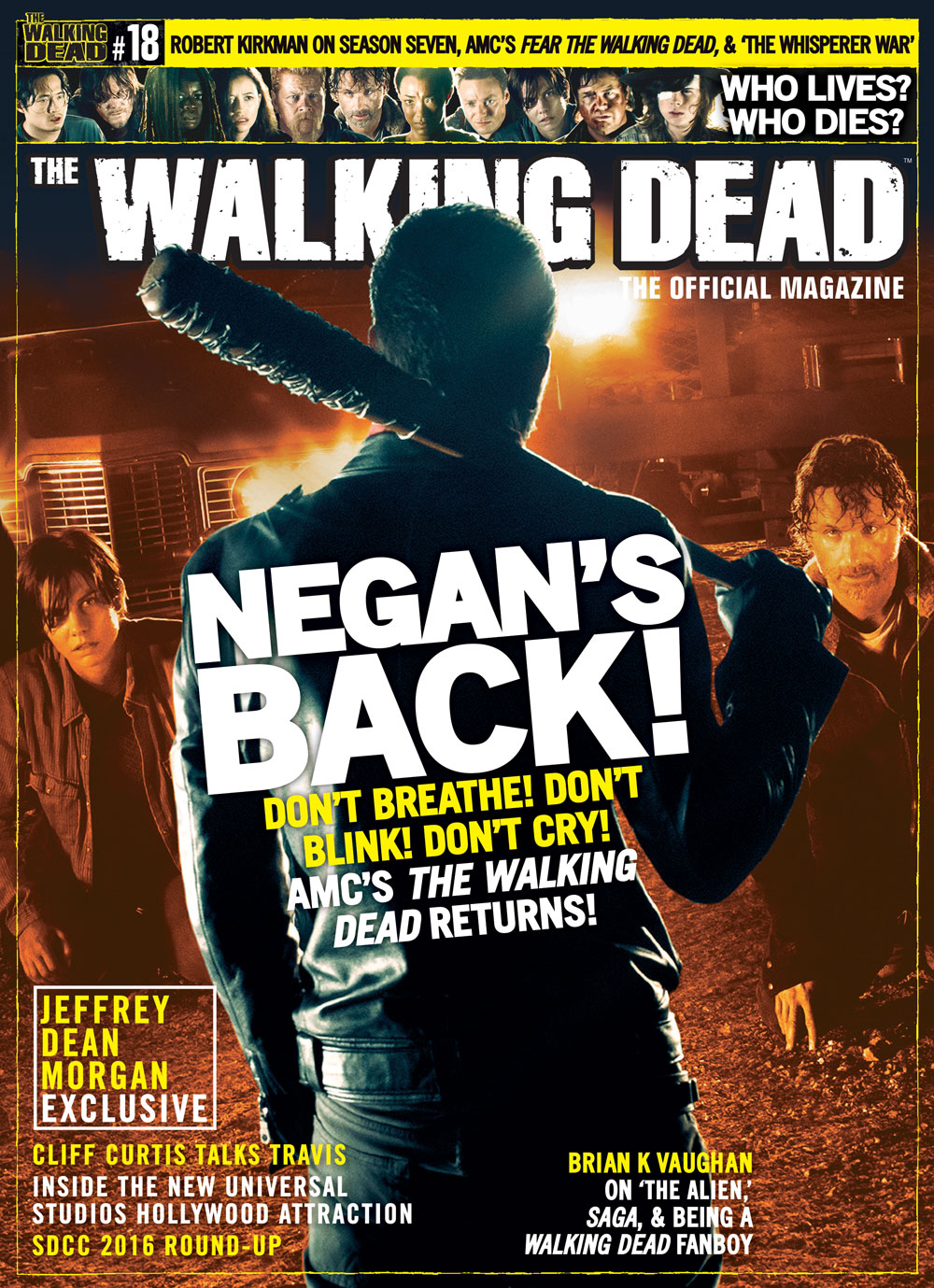 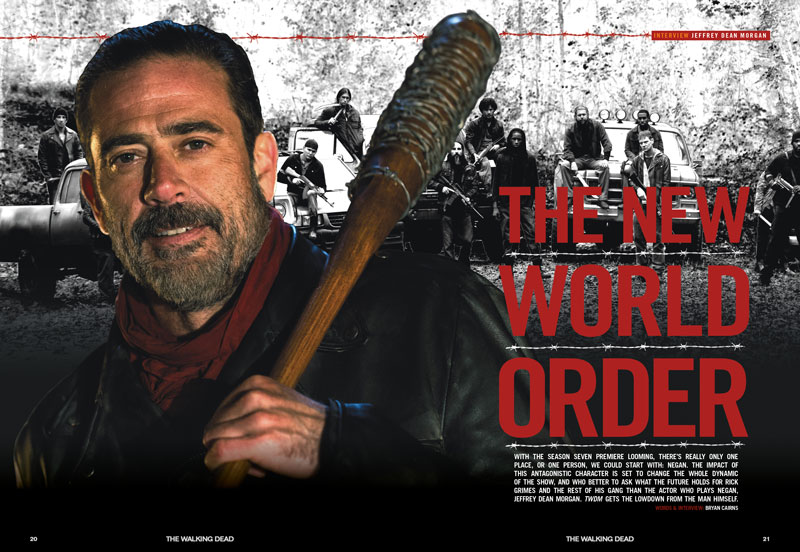 Negan is a villain you kinda love to hate, and when it comes to both menace and charisma, Jeffrey Dean Morgan hits the nail on the head (with Lucille).

The Mad, The Bad, & The Dangerous To Know 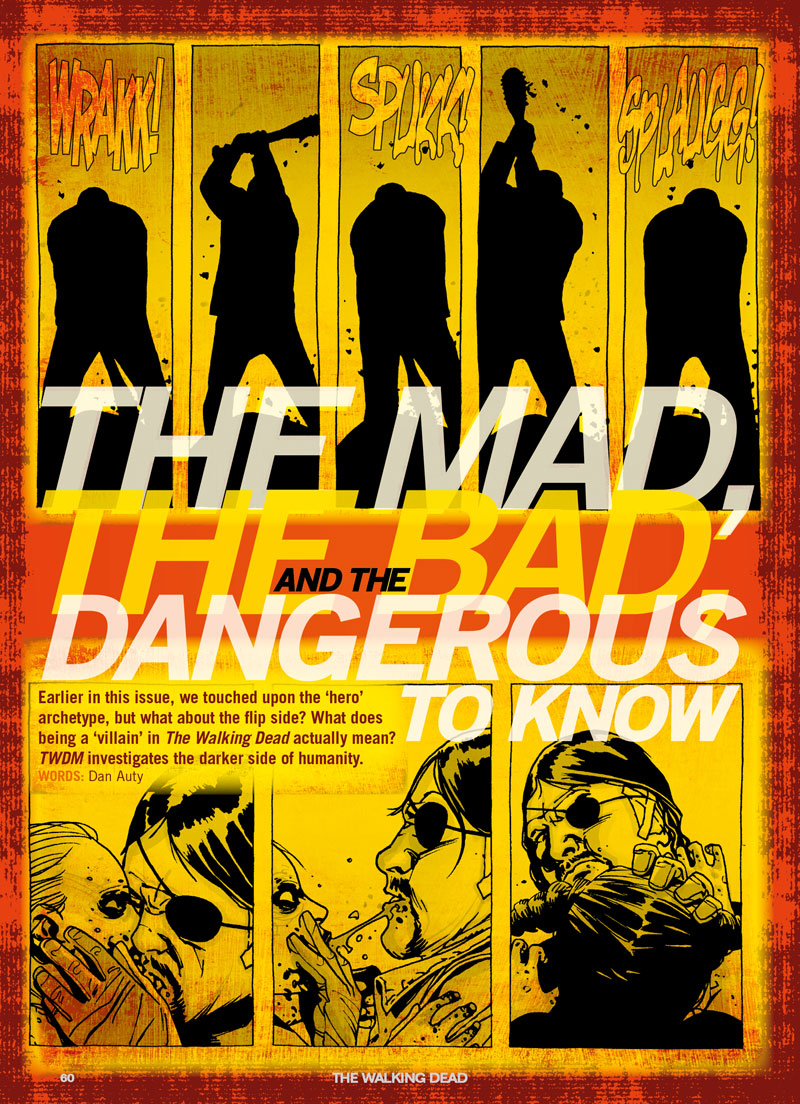 A look at why The Walking Dead’s villains are such dynamic characters, and what makes them so fearsome. 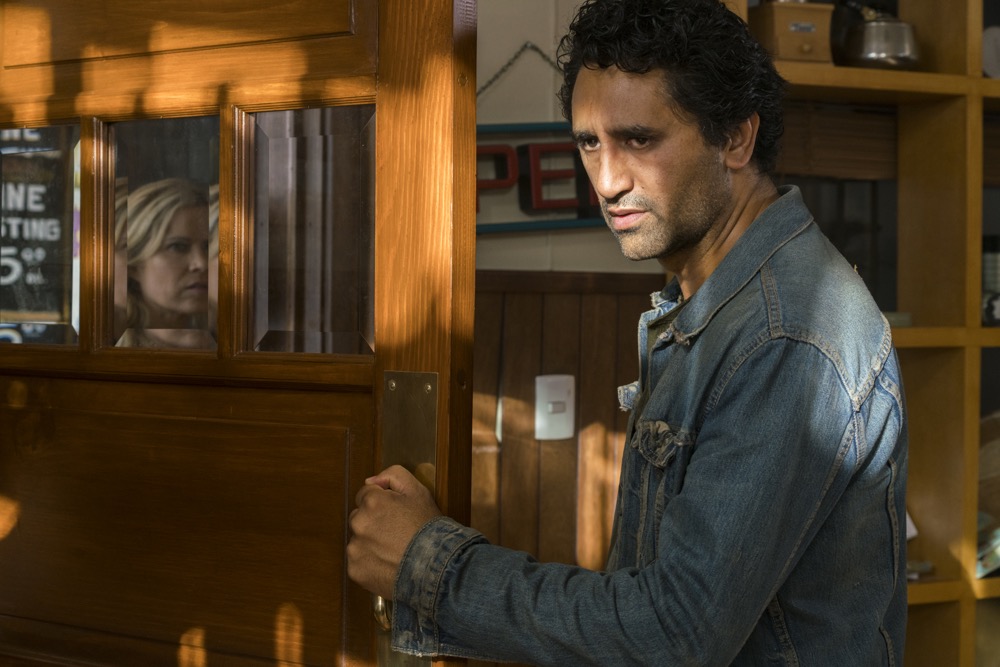 Fear the Walking Dead’s Cliff Curtis discusses the first two seasons of Fear TWD and whether he’s capable of surviving a zombie apocalypse. 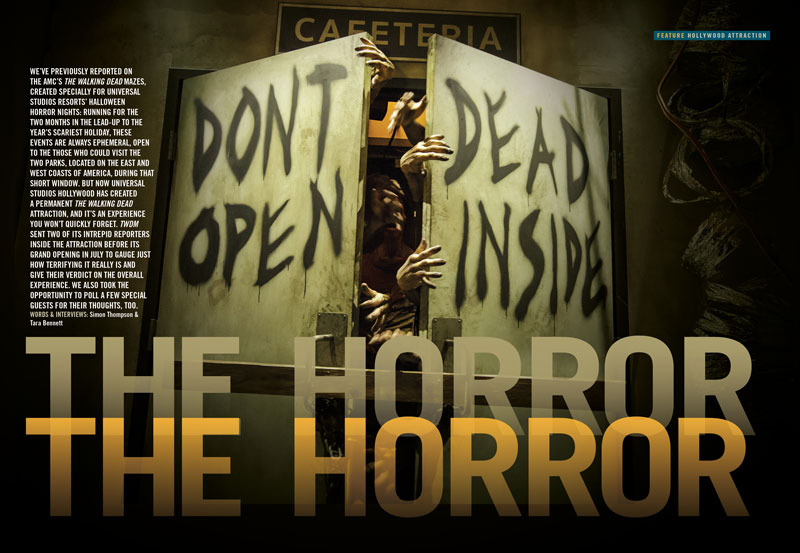 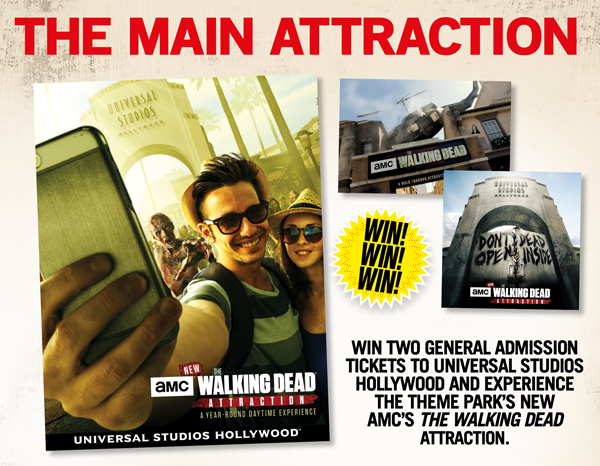 Enter the horrifying world of AMC’s The Walking Dead in an all-new year-round daytime attraction. Follow in the footsteps of the human survivors as you battle you way through a nightmarish landscape of walker hordes. Prepare to scream in a fully immersive journey through the zombie apocalypse as you navigate the world of the undead. Now open at Universal Studios!

Sounds great, right? Pick up a copy at your local bookstore or subscribe online at their site.