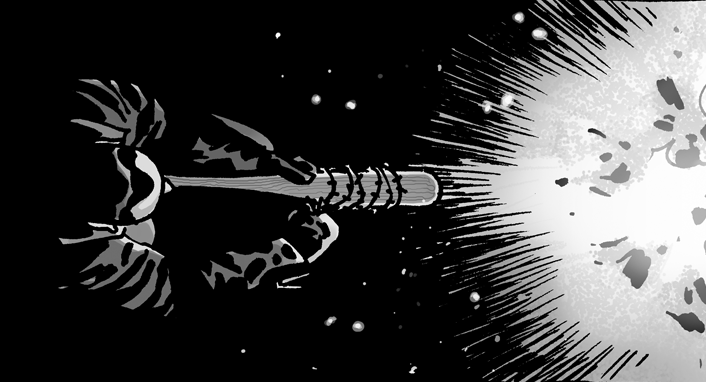 We’re super proud to be part of the just announced Image Comics 25th anniversary box set coming to stores in July! The comics you get in the box will be random, but you have a chance to get the very limited THE WALKING DEAD: HERE’S NEGAN #1—the only time the first 24 pages of Negan’s backstory will be printed in single-issue format.

We’ll have more information soon but you can read the whole press release below:

In celebration of Image Comics’ 25th Anniversary, Image Comics is printing 1,992 blind boxes in commemoration of the company’s founding year in 1992. The IMAGE COMICS 25th ANNIVERSARY BLIND BOX will be available in comic stores on July 19th.

Each IMAGE COMICS 25TH ANNIVERSARY BLIND BOX will contain an assortment of 25 polybagged comics comprised of 17 all-new 2017 series and featuring limited edition variant covers only available in this box. Each comic will be bagged in opaque black poly to keep every comic a surprise.

Each box may include a randomized mix of the following variants: