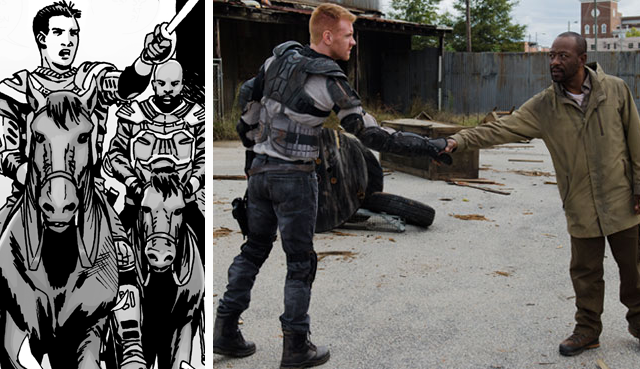 Has The Kingdom Come?

The armored men on horses seen in the Season 6 finale MIGHT signal a HUGE upcoming storyline for The Walking Dead. NOTE: We can’t confirm the identity of these men/Season 7 storylines (so your guess is as good as ours) but if we’re speculating we’d guess these are the soldiers from a major community from the comics known as The Kingdom. Just in case we’re right we’ve decided to explain what The Kingdom is and what it COULD mean for The Walking Dead moving forward.

First encountered in Issue 108, The Kingdom is a nearby community located in a former D.C. high school surrounded by buses and sheets of metal. The Kingdom is ruled by Ezekiel, a warm self-appointed king who is known by his white dreadlocks, yellow-starred shirt, and pet tiger named Shiva. The Kingdom is protected by its soldiers, who wear armor and ride horses. The Kingdom eventually serves as a vital ally in Alexandria’s upcoming war with Negan and The Saviors. 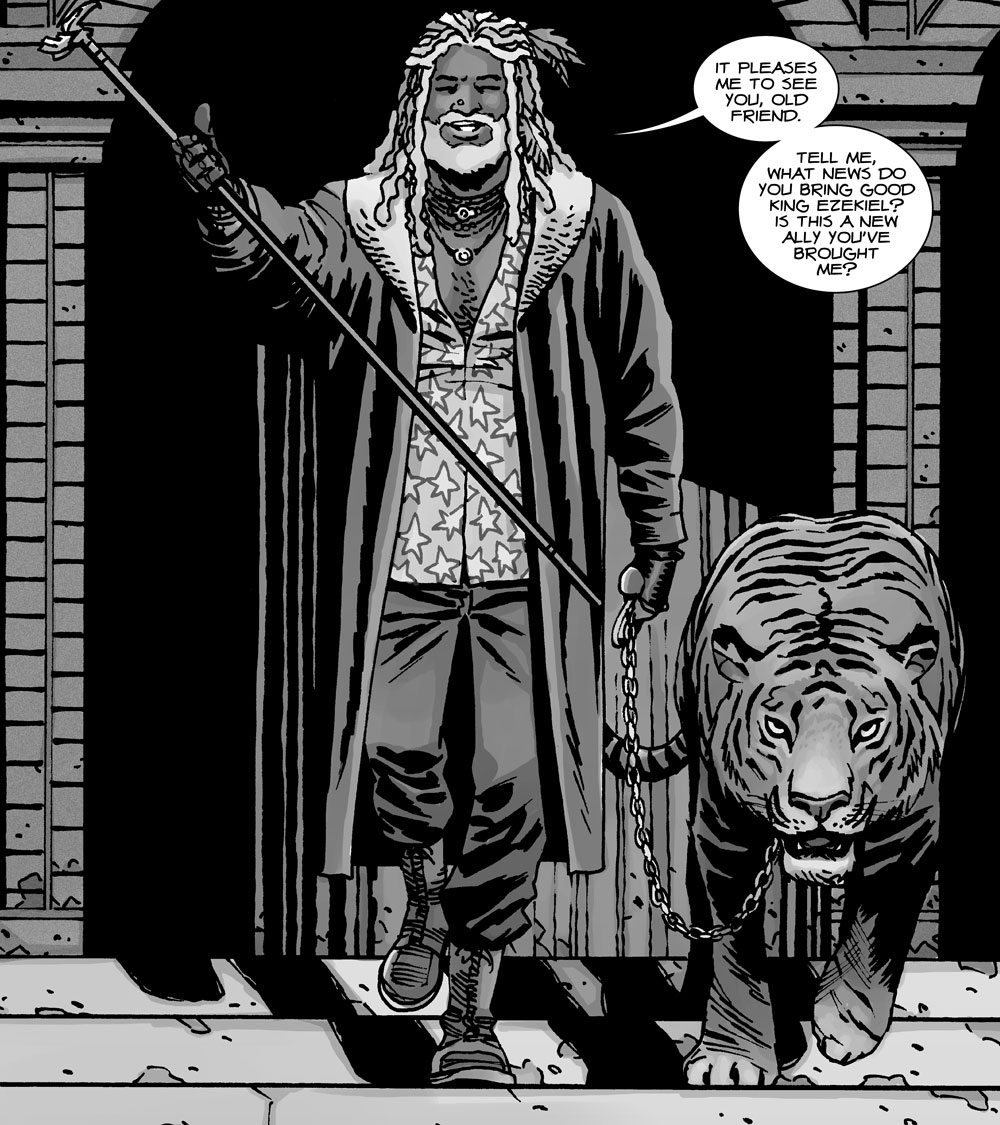 (IN THE COMICS) following a Savior attack on Alexandria, Rick meets Ezekiel (through Jesus, who’s friends with members of The Kingdom) to propose Alexandria, The Kingdom, and The Hilltop combine forces to defeat Negan and The Saviors once and for all. 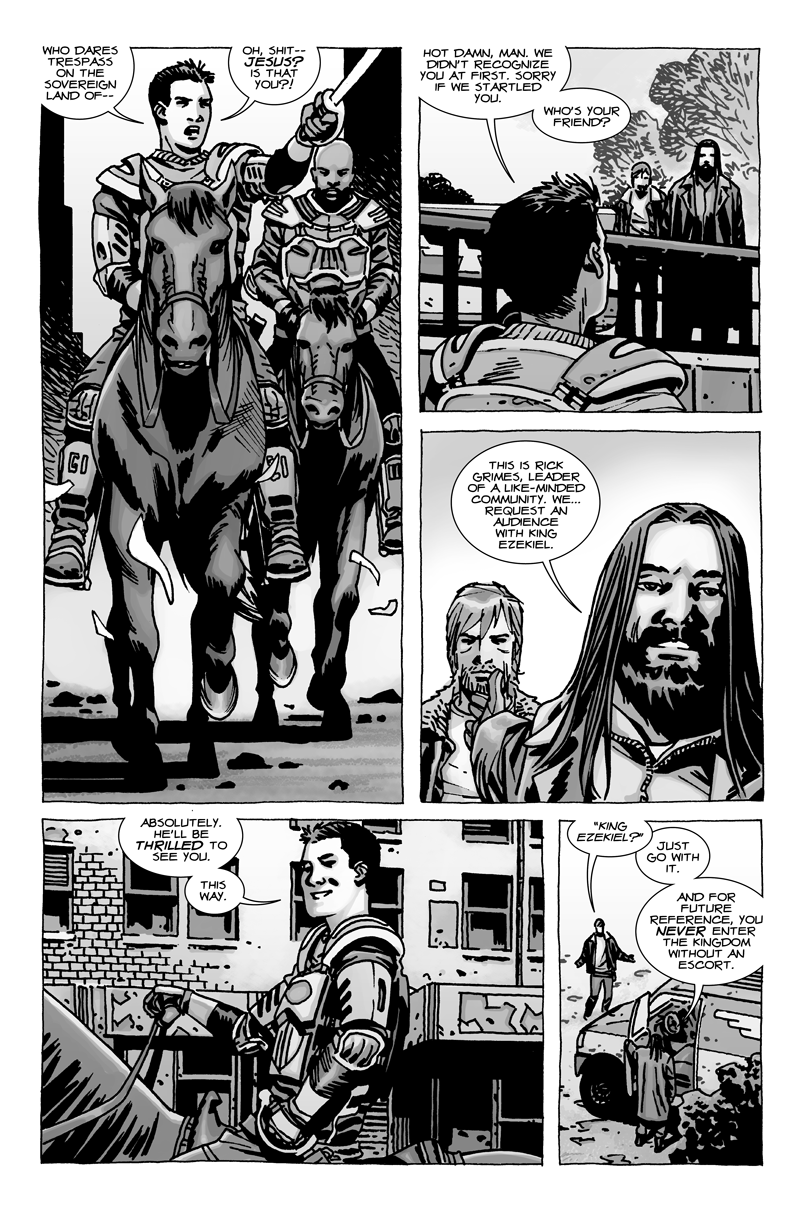 Ezekiel, who’s community is also forced to provide supplies to Negan agrees to Rick’s plan and their alignment lays the foundation for the upcoming All Out War storyline between the communities.

The Season 6 finale POSSIBlY gave us the first glimpse at the Kingdom soldiers after Morgan saves Carol from the Savior men. The kindness shown by the armored men WOULD match up with Kingdom soldiers, who empathize with people victimized by The Saviors. If we’re really going to jump down the rabbit hole of speculation, some could assume the men take Morgan and Carol to The Kingdom and patch them up, leading to Rick’s inevitable introduction/alliance with The Kingdom. (This is all speculation).

Again, since we can’t confirm any Season 7 storylines, tell us how YOU interpreted these men in the Season finale. Also, how do YOU think Ezekiel and The Kingdom will play into upcoming episodes?? Let us know that and more in the comments below!

Tags: All Out WarCarolEzekielMorganSeason 6TWD

Home | The Walking Dead | Has The Kingdom Come?

Every Negan Comic Cover (So Far)