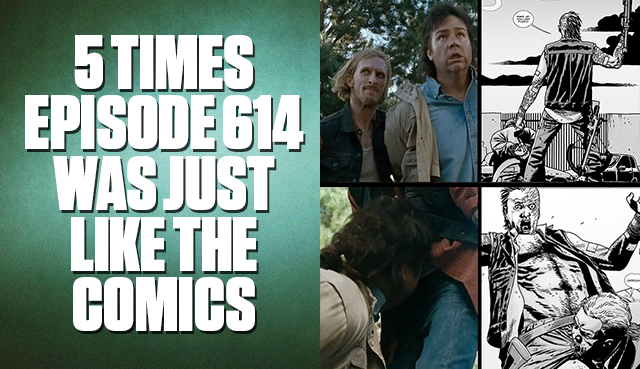 The latter half of The Walking Dead Season 6 has been FULL of storylines taken right from the comics. Albeit the Carol/Maggie episode, Episode 614 has continued that trend. Below we’ve outlined the five times the episode took a page from the comics and four times it shuffled things around. Enjoy. 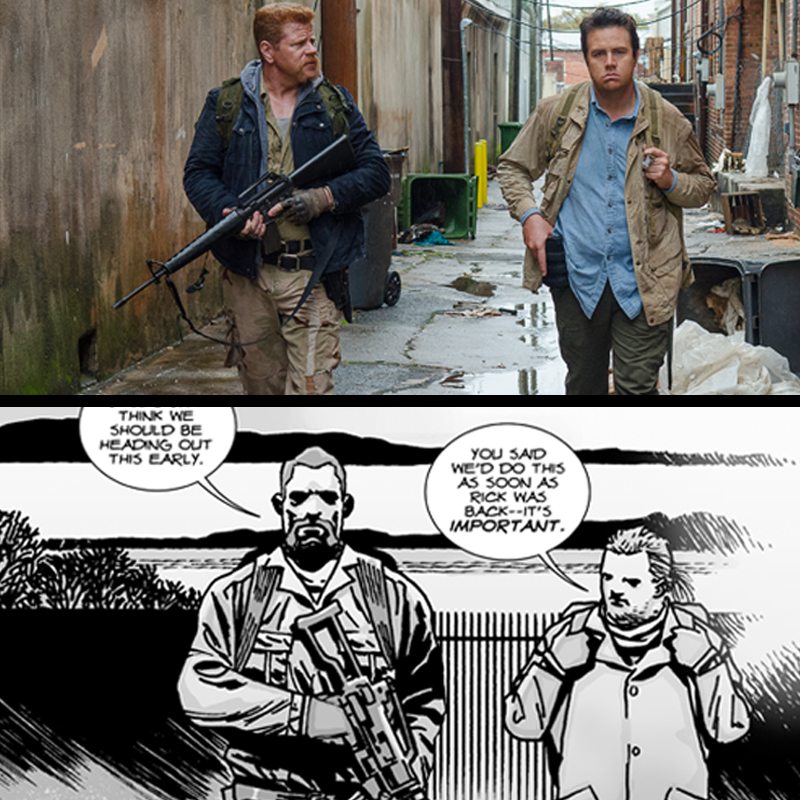 Lets’s begin with Eugene’s plan to manufacture ammunition. Like the comics, he floats the idea to Abraham, who’s completely on board (although in the comics Eugene’s more competent and it’s plausible he COULD manufacture his own bullets). 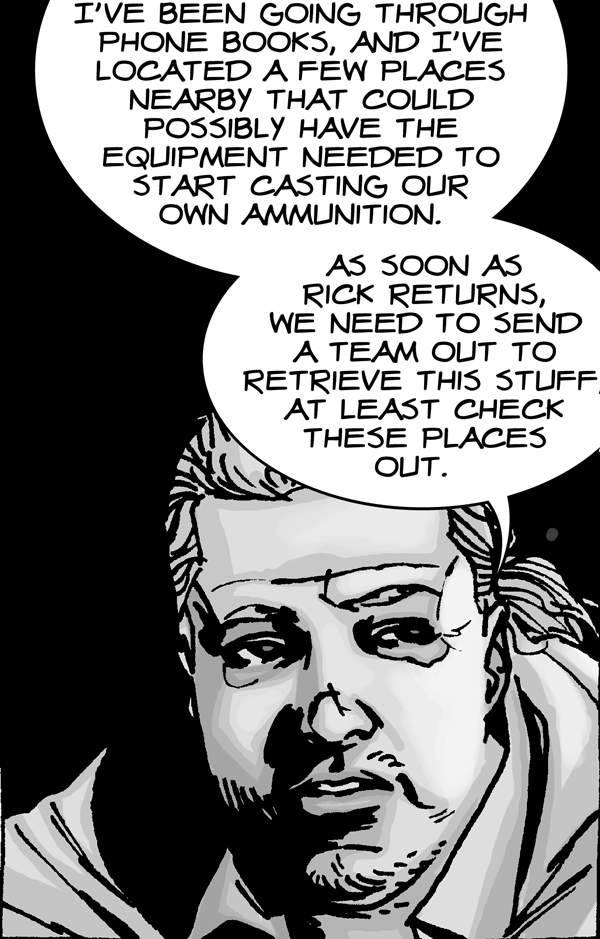 Although the factory plays a major role in future issues, they never actually reach it in this particular comic storyline. Instead, they run into this little hiccup: 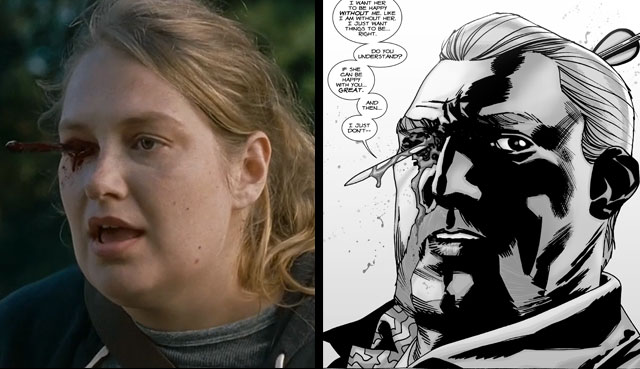 In both the show and comics a major character is shot through the eye by an arrow from Dwight’s crossbow. HOWEVER, in the comics ABRAHAM is the unlucky victim while Denise takes the fall in the show. In the comics, Abraham is telling Eugene he just wants Rosita to be happy without him (He and Rosita just broke up…she’s living with Eugene and he’s with this Alexandrian woman Holly).

SUDDENLY, Abraham’s shot from behind mid-sentence (like Denise) and dies after a few confused words. Slight difference: Dwight owns his own crossbow where in the show he steals it from Daryl. 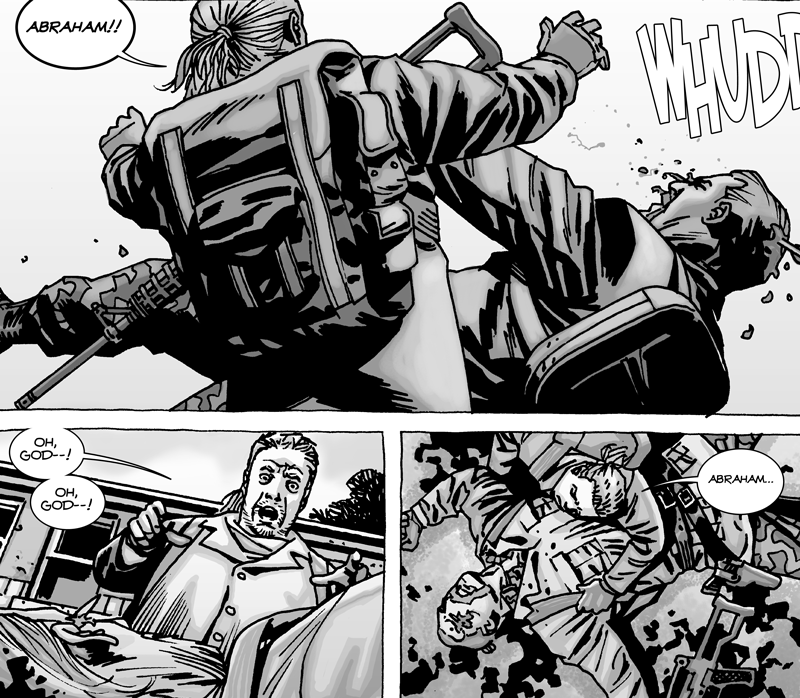 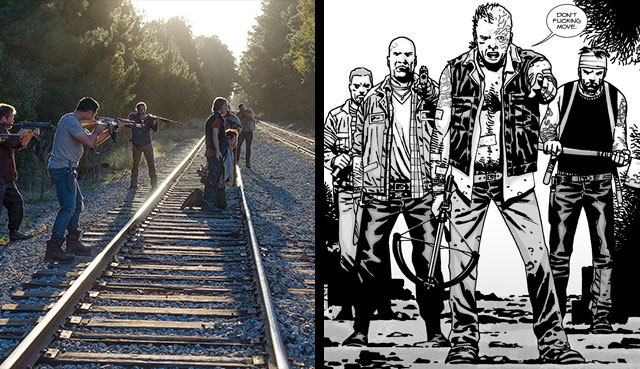 In both the comics and show Dwight and his band of Saviors (great actual band name) ambush survivors from Rick’s group and take Eugene hostage. In the comics they kill Abraham and capture Eugene while the show drags Denise, Rosita, and Daryl into the chaos. The main point that both mediums share is a signal that the Saviors are VERY close to Rick’s group and danger is right around the corner. This wasn’t an ambush, it was a warning. 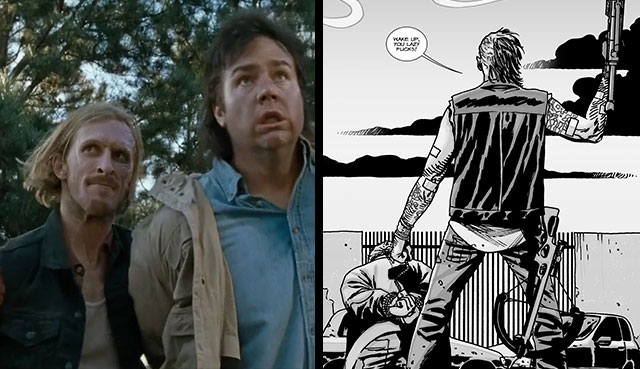 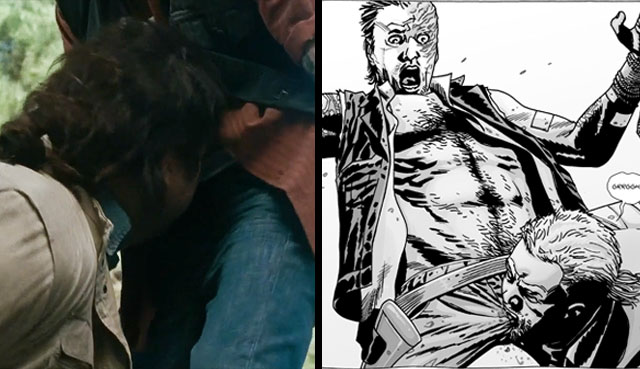 The d*ck-biting scene (as horrific as it was to watch) came STRAIGHT out of the comics. Captured by Dwight and surrounded by Saviors, Eugene did the only thing he could to escape and bit the living hell out of Dwight’s crotch. If Eugene was a Pokemon card his main move would be “Resourcefulness” (which is super effective against d**ks). 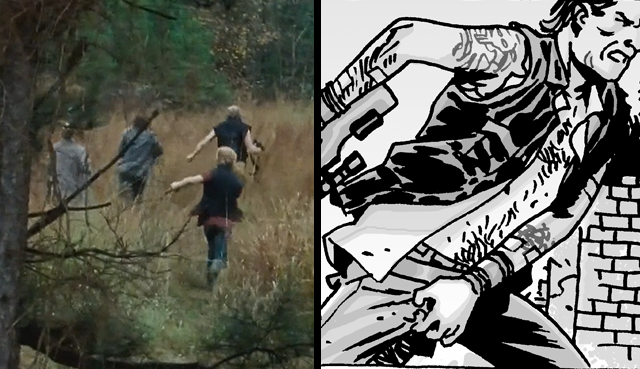 This series of events was a sh*t show in both the comic and show. Although a dozen or so Saviors were mowed down in both situations, a handful (including Dwight) managed to escape. Rick’s group letting them go signals a MAJOR turning point in the story and will result in fatal ramifications. 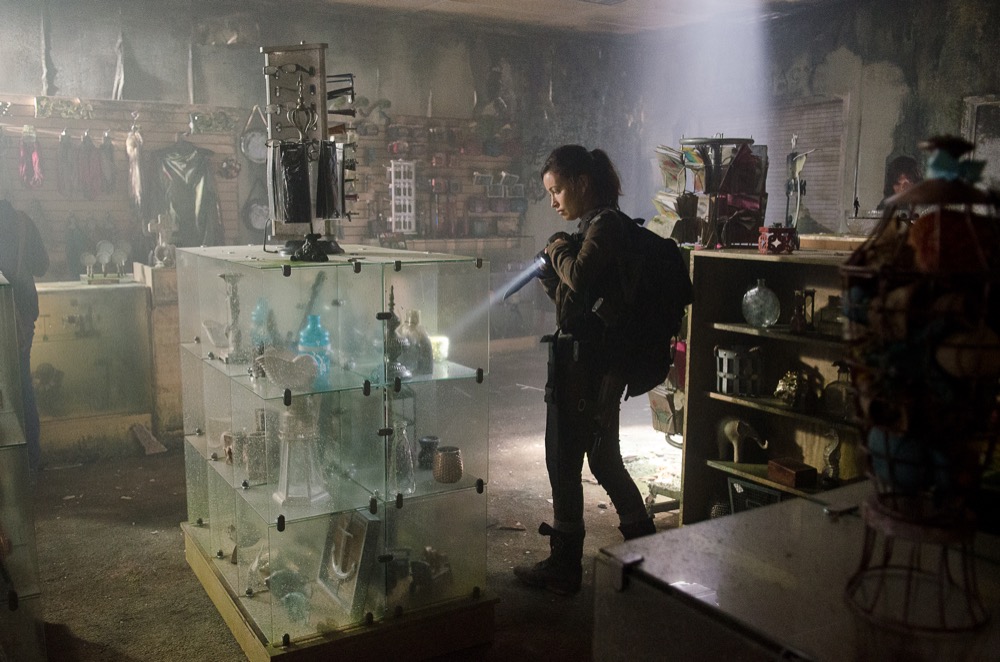 …didn’t exactly happen. We’re sure some iteration of it occurred but Denise typically never left Alexandria. She also didn’t mention having a twin brother and never did anything as pragmatic like this: 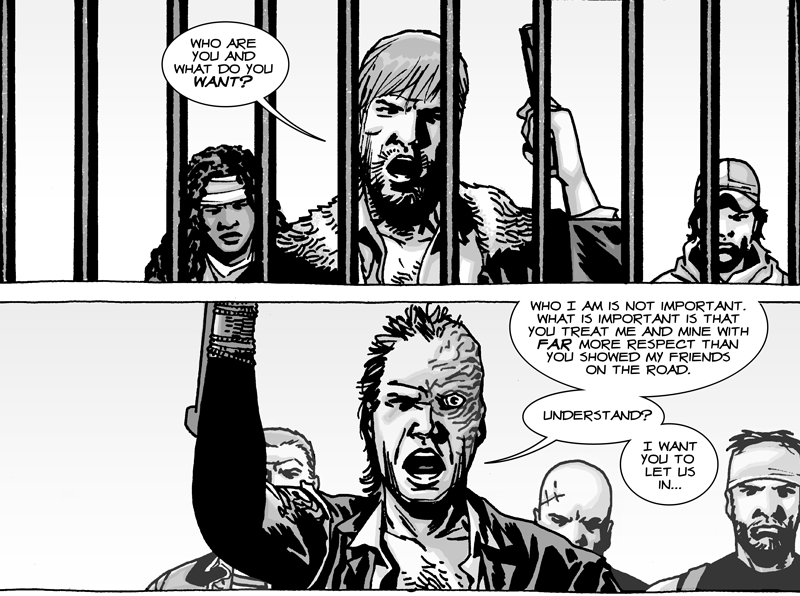 The show set this Denise-killing, Dwight-appearing, d*ck-biting scene in the woods, whereas in the comics Dwight takes Eugene to the gates of Alexandria. Dwight threatens to kill Eugene if Rick doesn’t let them inside and take whatever (and whomever) they want. Thankfully, Rick has more backup than in the show and instructs his men (and women) to take out The Saviors.

(Also a Mexican standoff between Rick and Dwight would have been AMAZING in the show. Oh well..) 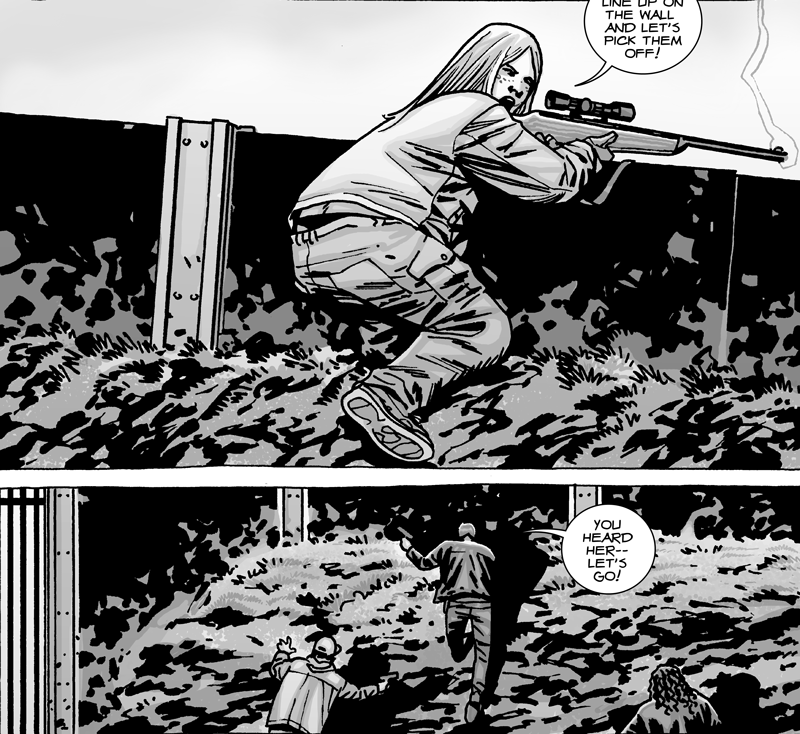 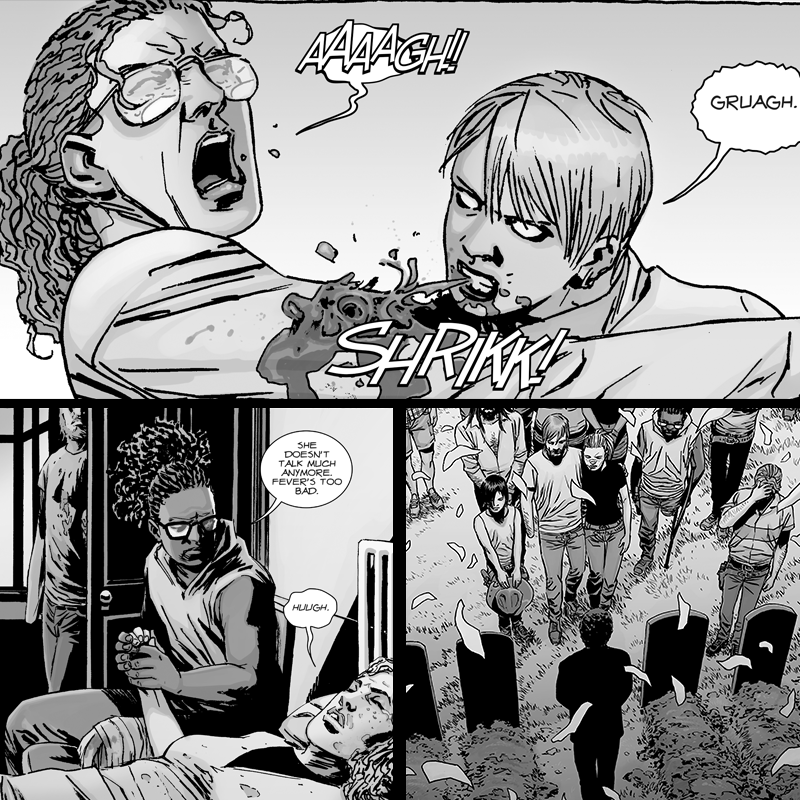 In the comics, Denise lives QUITE a bit longer and is essential to the Alexandrian’s survival. During the Negan conflict (wait until Season 7) Denise ends up getting bit by a re-animated Holly (Abraham’s bae) and refuses to amputate her arm so she can help others. She ends up saving Heath (her bae in the comics) as her last act before she becomes REALLY sick and Michonne is forced to put her down for good. 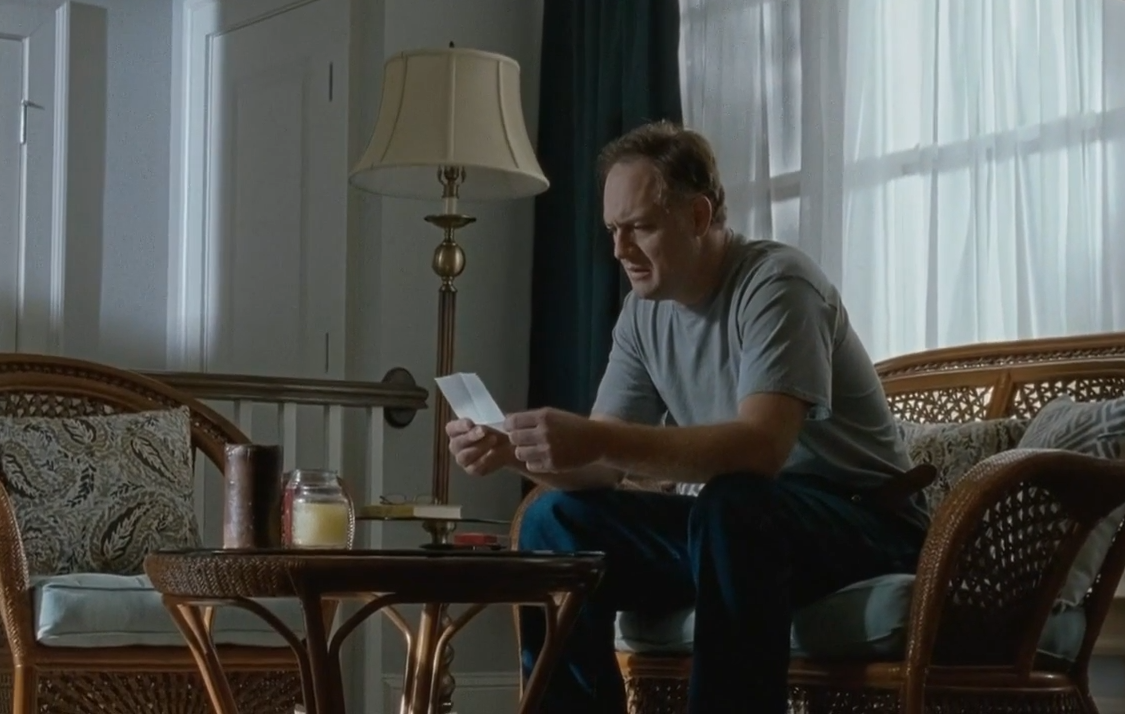 Carol was killed eons ago in the comics so her inner conflict/romance with Heath/cigarette habit/leaving Alexandria just didn’t happen…at all.

What did YOU think of the comparisons? Feel free to comment with any we left out!