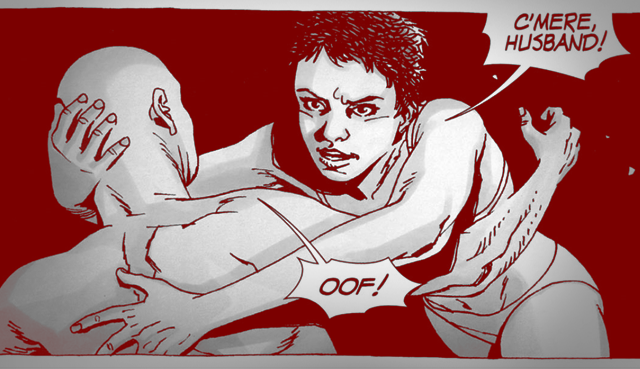 We’ve ranked our Top 10 couples from The Walking Dead comics! Check out the list below and see who whose undying love takes the #1 spot.

Show fans, stay tuned next week as we rank couples from the show!

Ouch, tenth place. But let’s be real: not only did Lori sleep with Shane, the first blow to their relationship, but their constant disagreements and growing distance made it difficult to really love them as a couple. 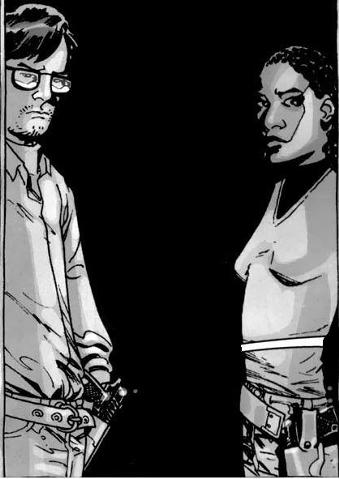 Sure, it’s easy to look back on this and think, “Those crazy hormonal teens!” But Chris & Julie’s suicide pact was just the tragic culmination of their dedicated relationship. 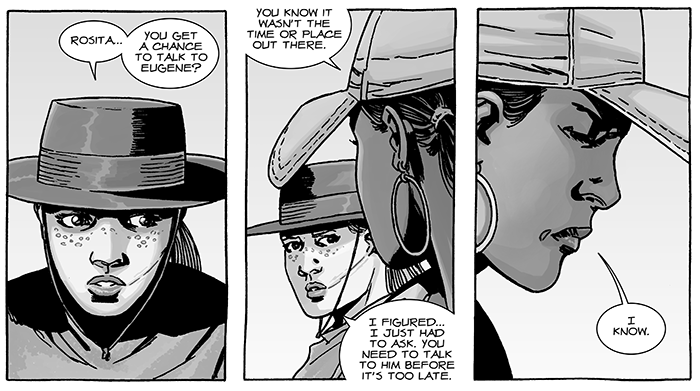 These two have always been clunky, but kind of cute together. In the current comic arc, Eugene seems to be struggling with feeling like he doesn’t deserve Rosita, and Rosita looks like she might have her own secret to hide… only time will tell if their relationship will last… 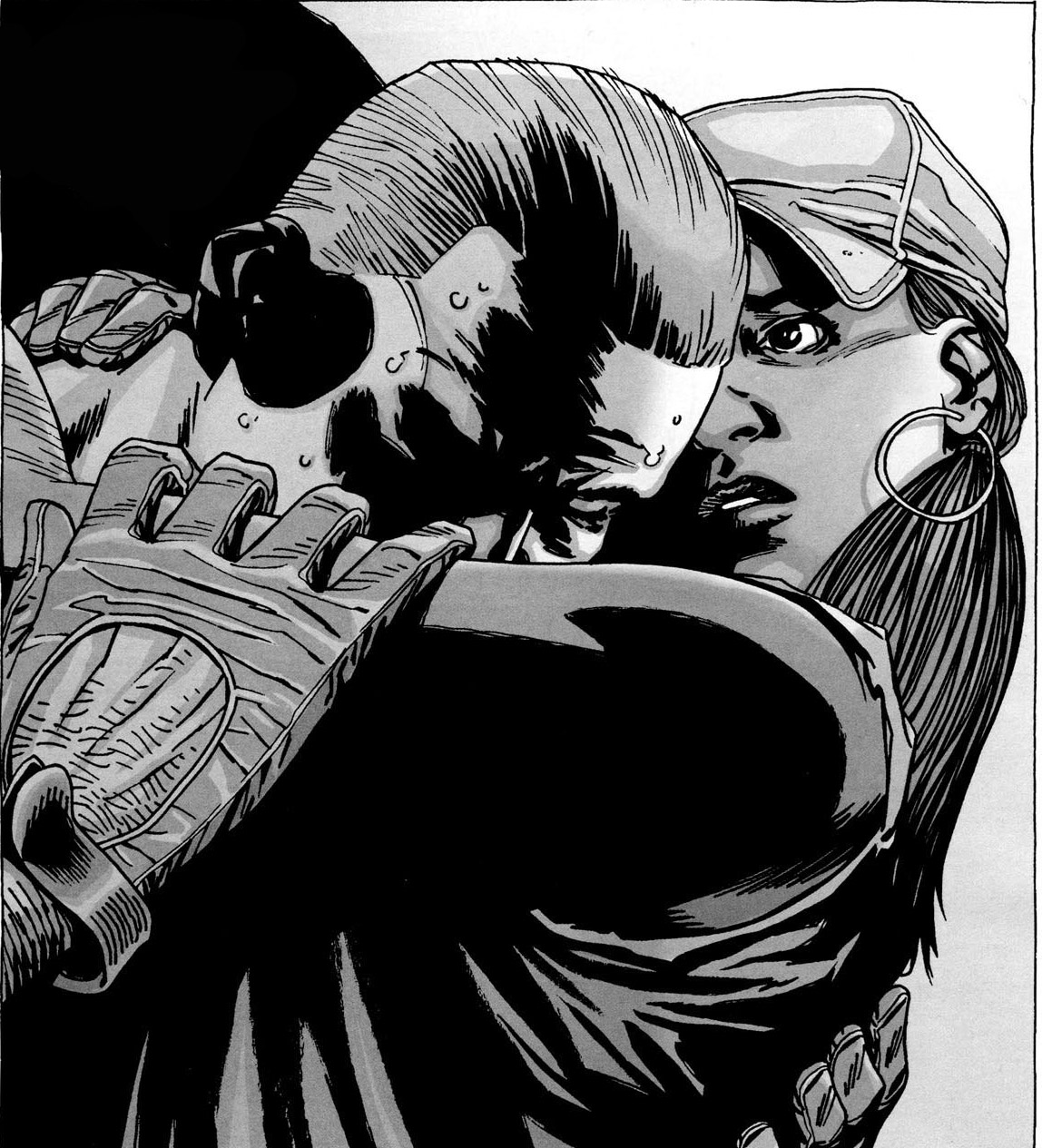 Though their relationship began as a tactic for Rosita to stay safe, it slowly turned to love. Rosita and Abraham’s dedication to each other was always sweet, until Abraham had to go and sleep with Holly. SIGH.

Michonne is definitely good for Ezekiel, but is Ezekiel good for Michonne? Though rocky at times, they both seem happy enough together. (But where in the world are they?) 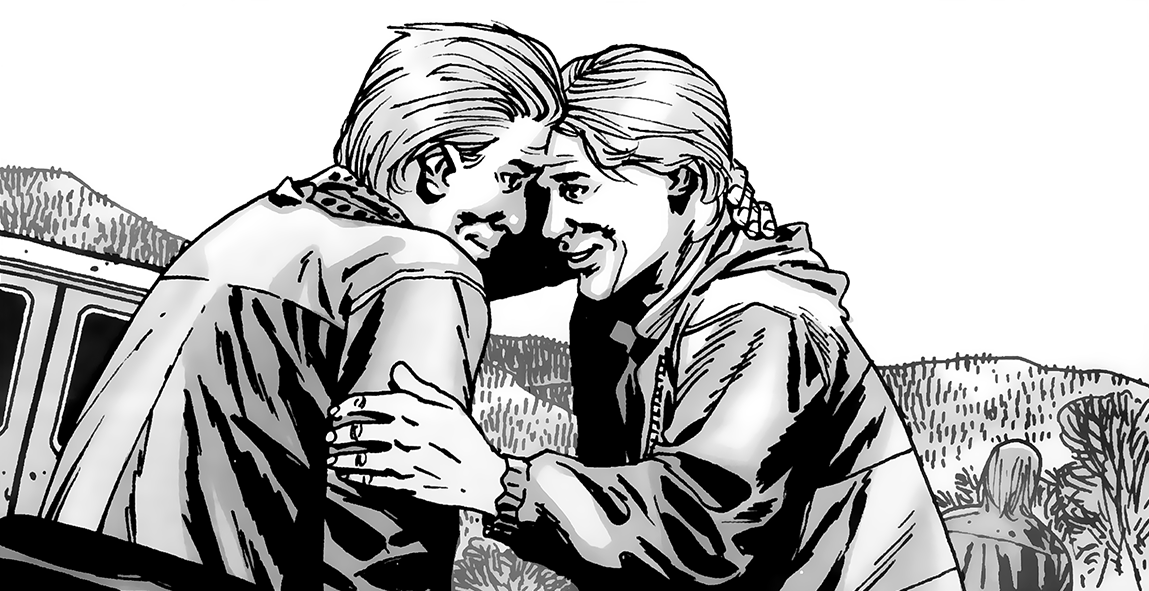 Sniffle. THEY LOVED EACH OTHER SO MUCH. 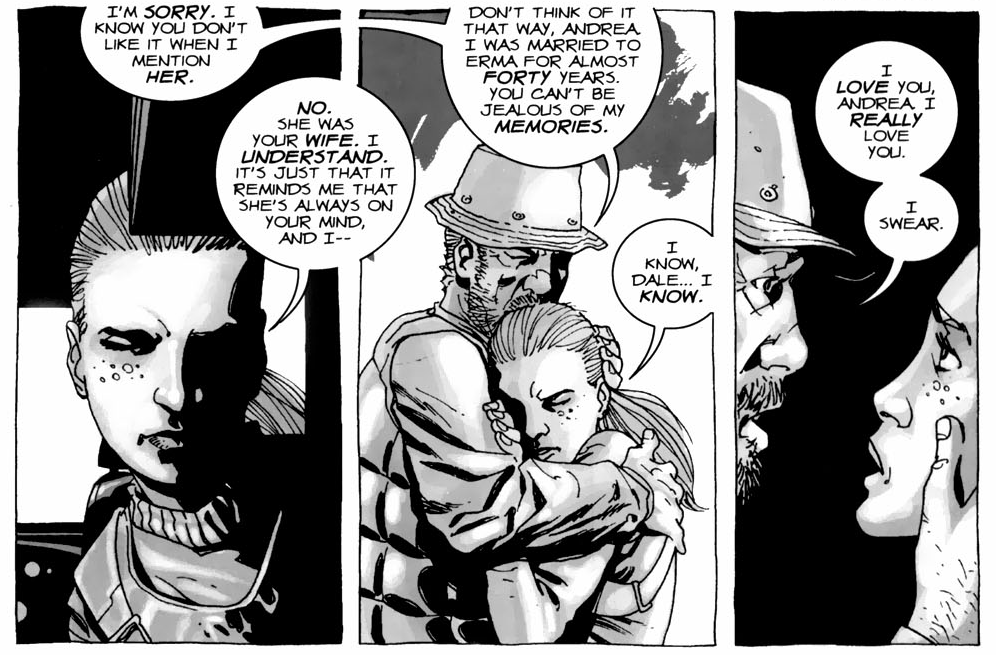 Dale and Andrea both helped each other grow and loved each other so fiercely that I kind of want to cry while typing this. 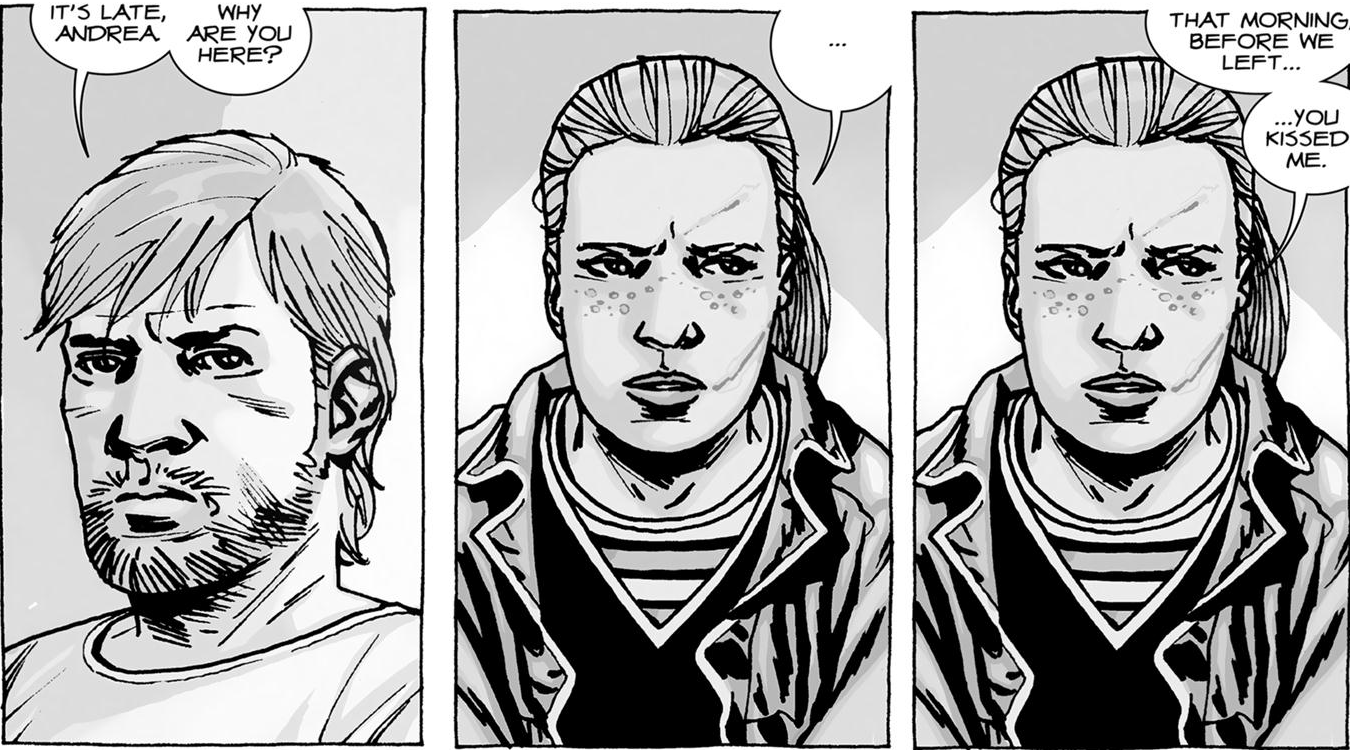 I’ll admit that it’s a little weird so see one Andrea-relationship after the other in this list (maybe she’s the perfect woman?) but Andrea and Rick just work so well together. Plus, they are the ultimate badass couple.

More sniffles. They would do (and have done) anything for each other, despite the hurdles they’ve faced. 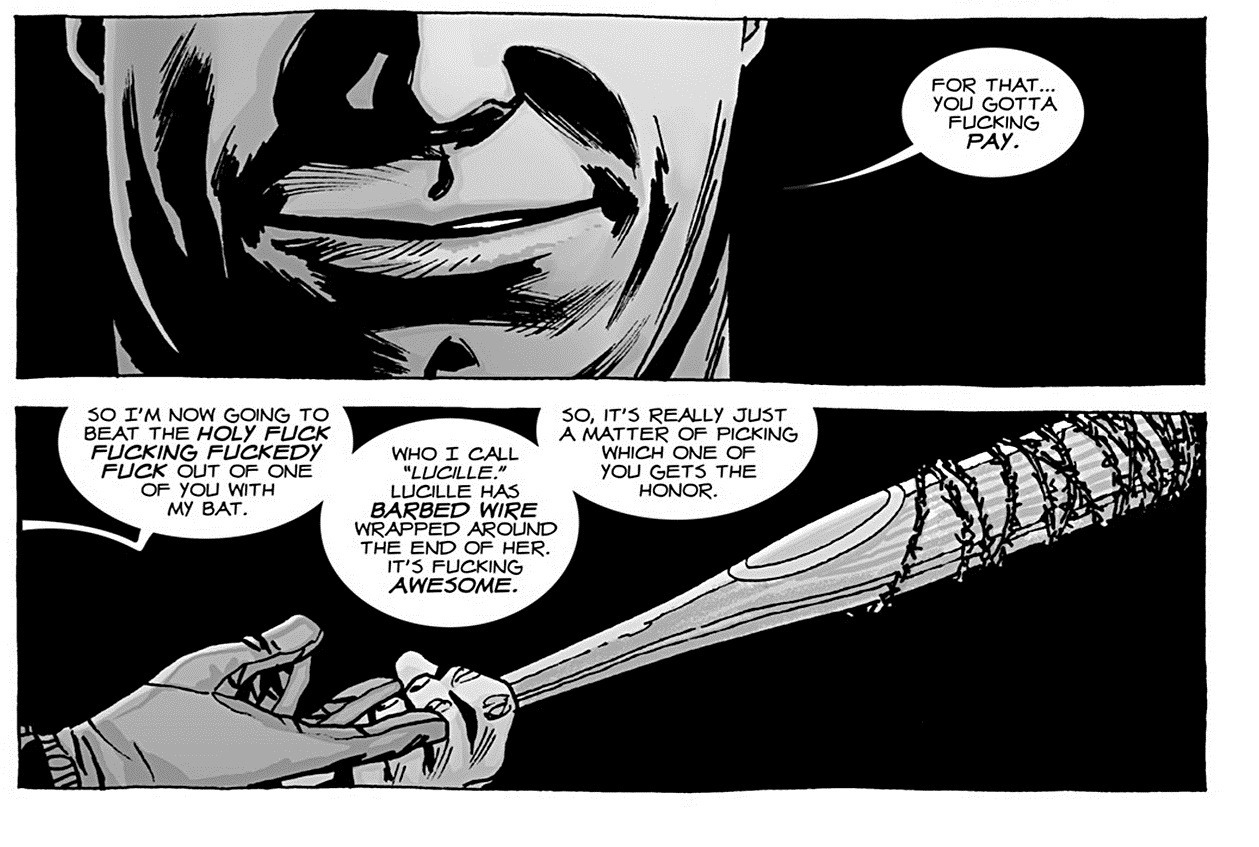 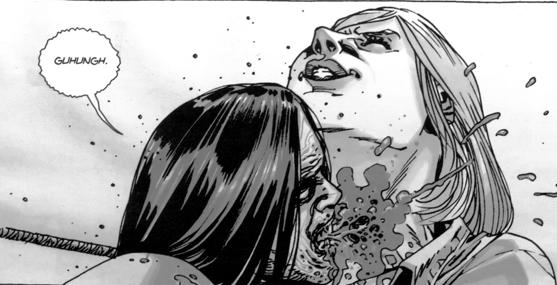 So, what do you think? Agree or disagree with the order we ranked the couples? Did we miss anyone you thought belonged on the list?

Inside Episode 505: Self Help

Poll: What Will Happen to Carl?