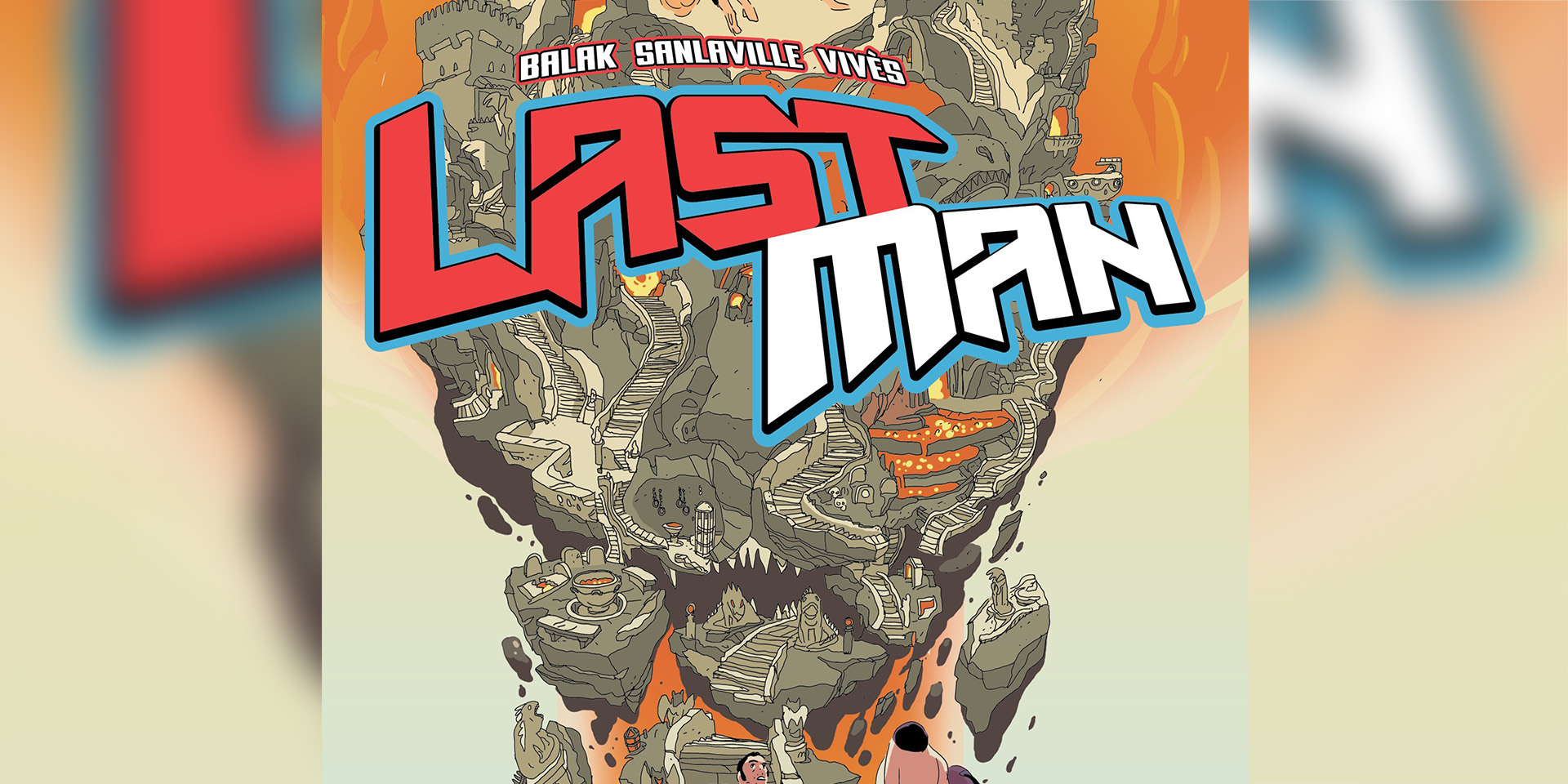 Today Skybound announced the release of the epic third installment of the Lastman series from the powerhouse team of Balak, Michaël Sanlaville, and Bastien Vivès. Lastman Book Three, containing volumes 5 + 6 of the original French series, will be available everywhere in July 2023.

Skybound’s editions of Lastman will collect the action-packed series as a complete set in English for the first time, featuring full color pages to open each volume that will be followed by striking black and white pages. Each of the six Lastman books will feature all-new remastered translations and backmatter including additional series art.

“This is the conclusion of the first epic story arc in LASTMAN!” says Amanda LaFranco, editor at Skybound. “The stakes have never been higher, and Adrian’s life will be irrevocably changed after the events in Book Three, with the future of the Valley of Kings left hanging in the balance — readers will not want to miss this and will be beyond tempted to come back for more!”

Until now, the Valley of Kings has been sheltered in relative peace. But when Richard Aldana creates a breach in the Rift, can Adrian and Marianne fix it before the Valley of the Kings erupts into absolute chaos?

Lastman Book Three will be available at comic book shops and digital platforms including Amazon Kindle, Apple Books, comiXology, and Google Play on Wednesday, July 19, 2023 and everywhere books are sold on Tuesday, July 25, 2023.