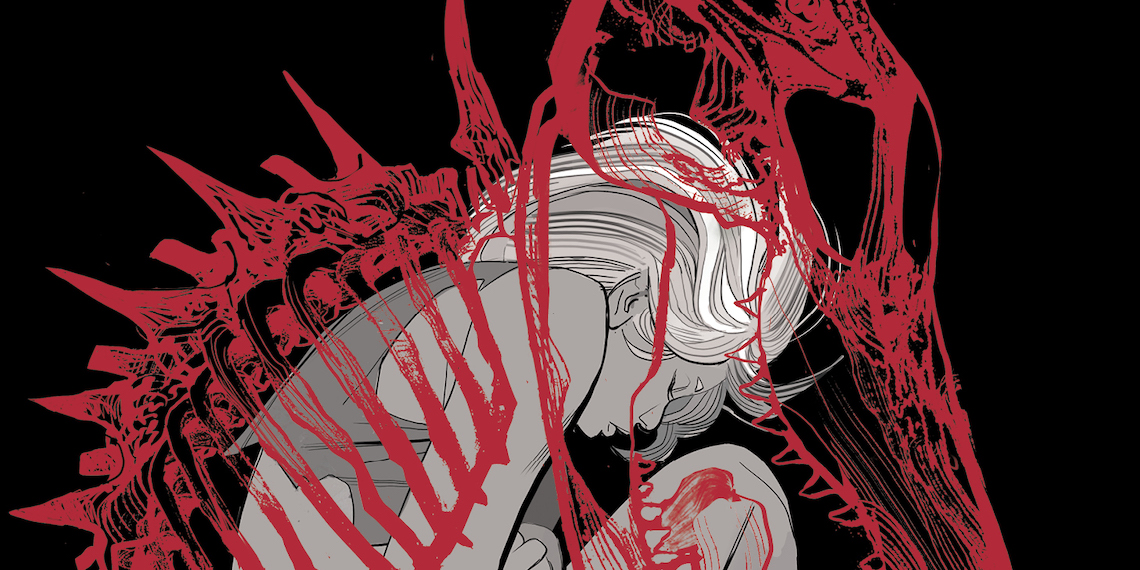 bound today announced the launch of Kroma, a new comic book series being written, drawn, and colored by creator Lorenzo De Felici (Oblivion Song) that promises to take readers on a breathtaking adventure like none other, filled with strange creatures and unparalleled beauty. Kroma by Lorenzo De Felici #1 will arrive in comic book shops November 2, 2022.

“Prepare for a hellish descent in the visible spectrum,” said Lorenzo De Felici. “This story will put a new fear in hue.”

“Lorenzo is a legit comic book triple threat—writing, drawing, and coloring this jaw-dropped new series,” said Sean Mackiewicz, SVP/Publisher at Skybound. “The world already knew Lorenzo was a brilliant artist with OBLIVION SONG, and everything he did there—creating an action-packed world populated by aliens, creatures, and strange technology—is taken to the next level in KROMA. Also, he’s a fantastic cook. What can’t he do?!”

The world and titular character of Kroma recently made their first appearance to critical acclaim in the blockbuster Skybound X #25, available in comic shops and via digital providers now.