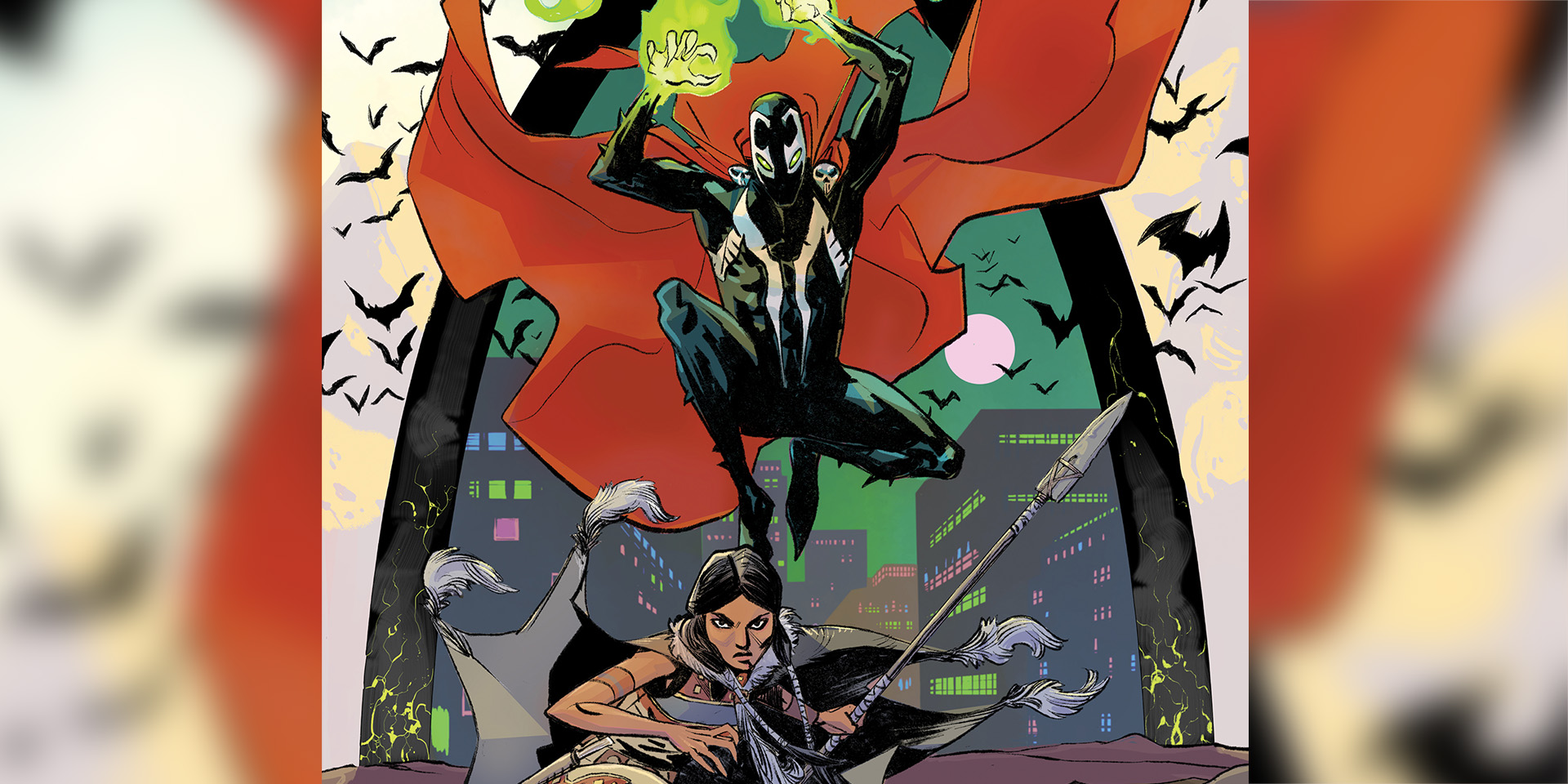 In 1803, Lewis and Clark led the Corps of Discovery across America so their great nation could fulfill its destiny. Years have passed, and now a new monster has been birthed in the heart of their country. 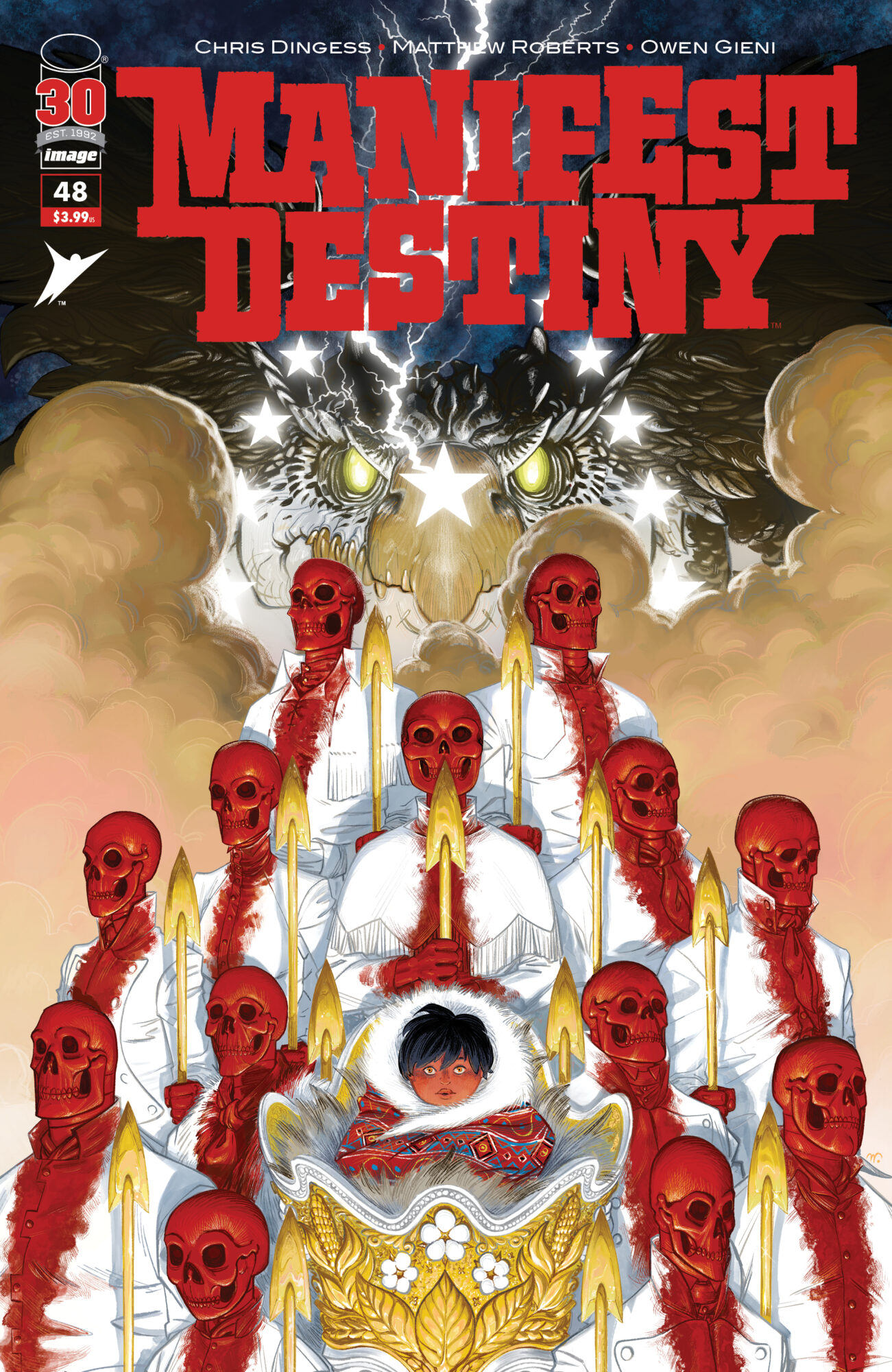 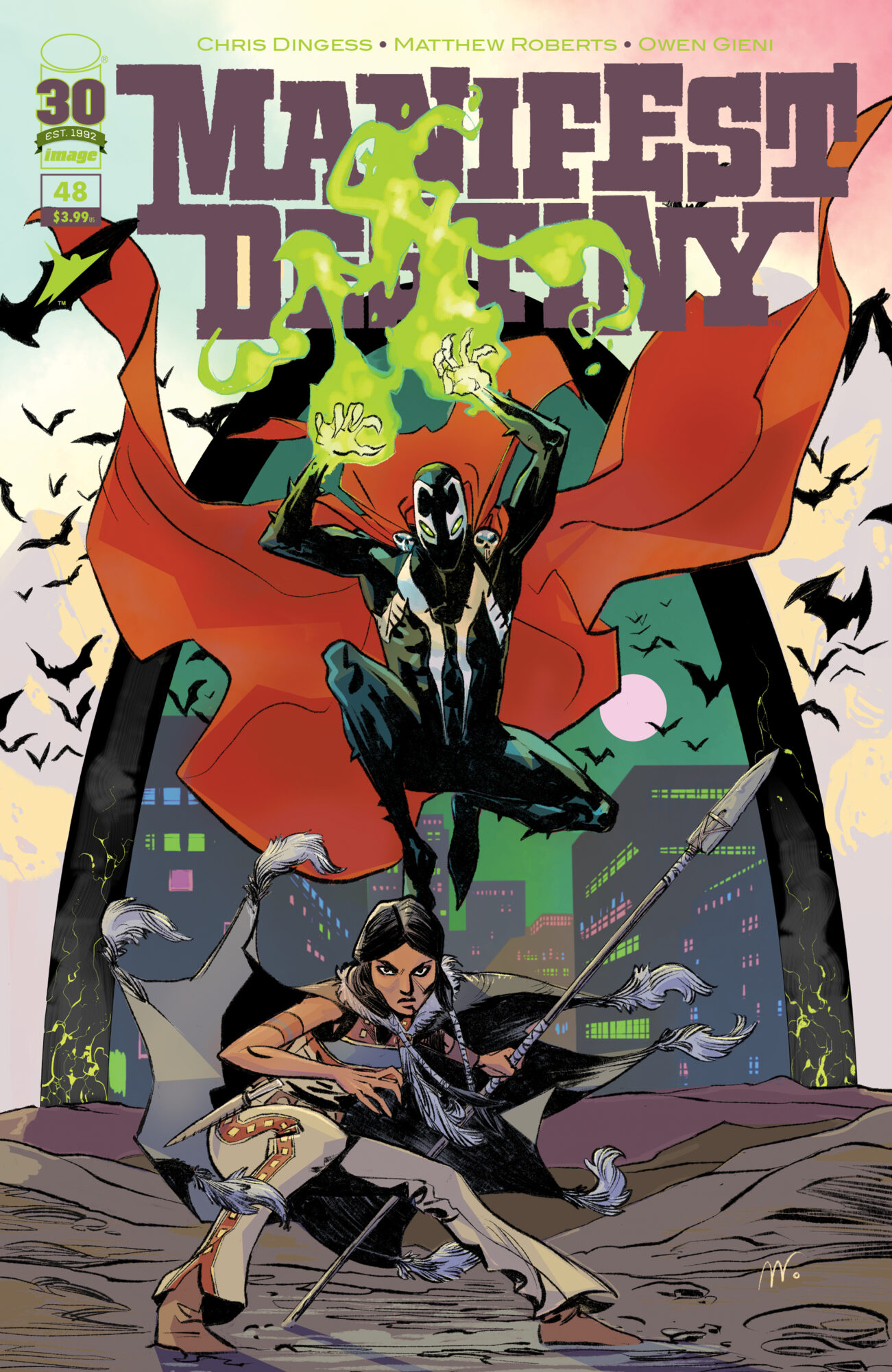 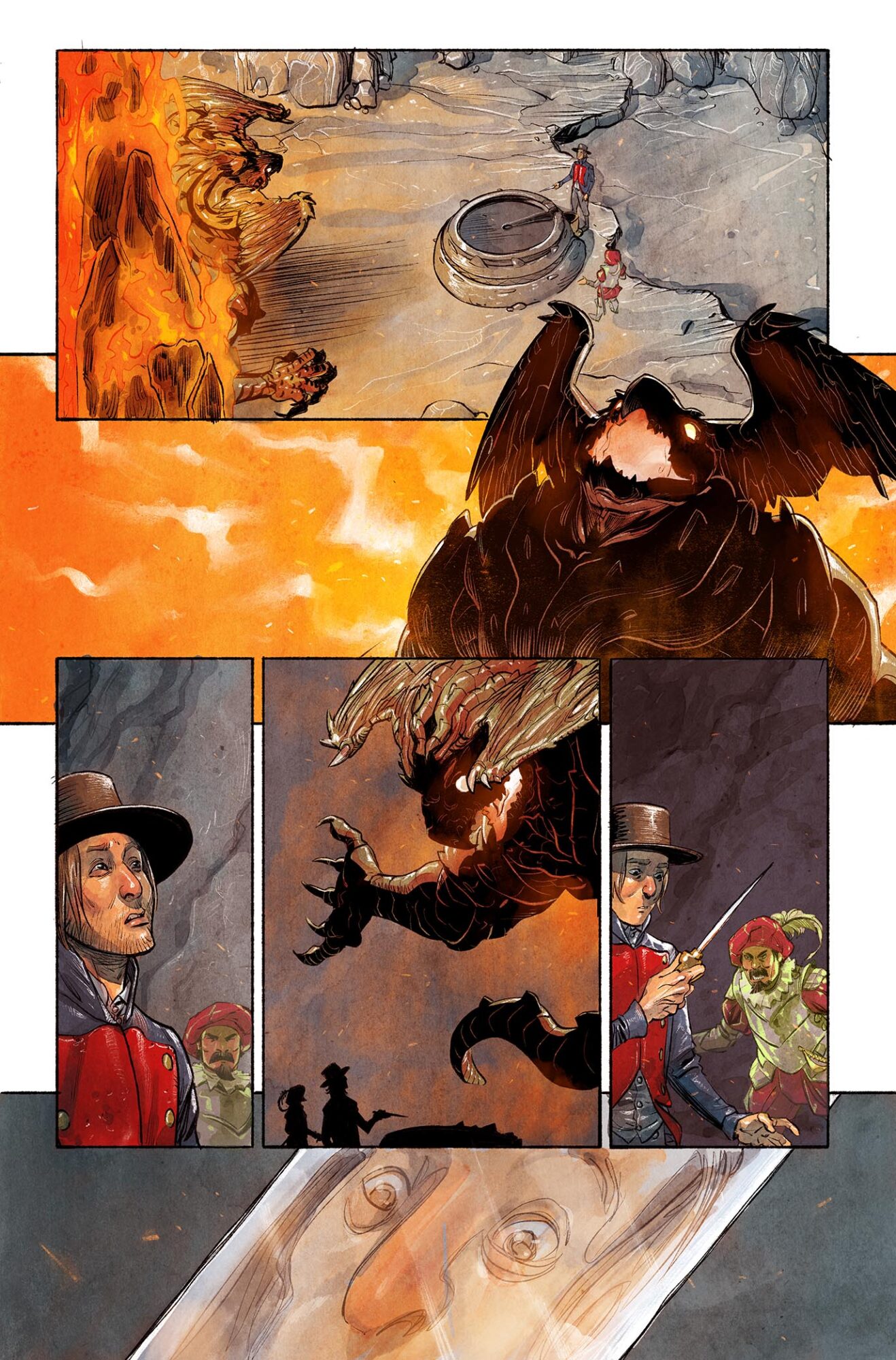 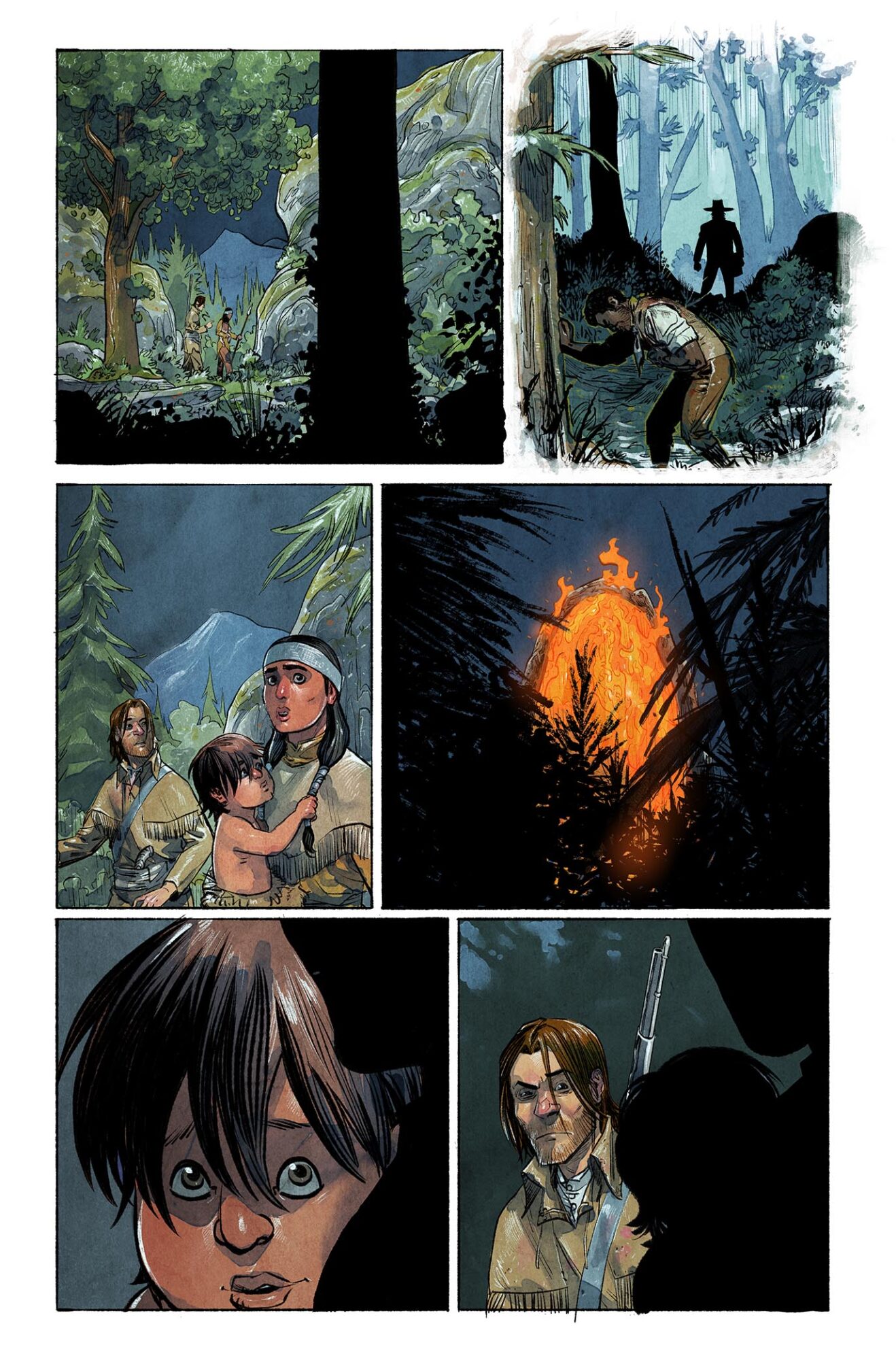 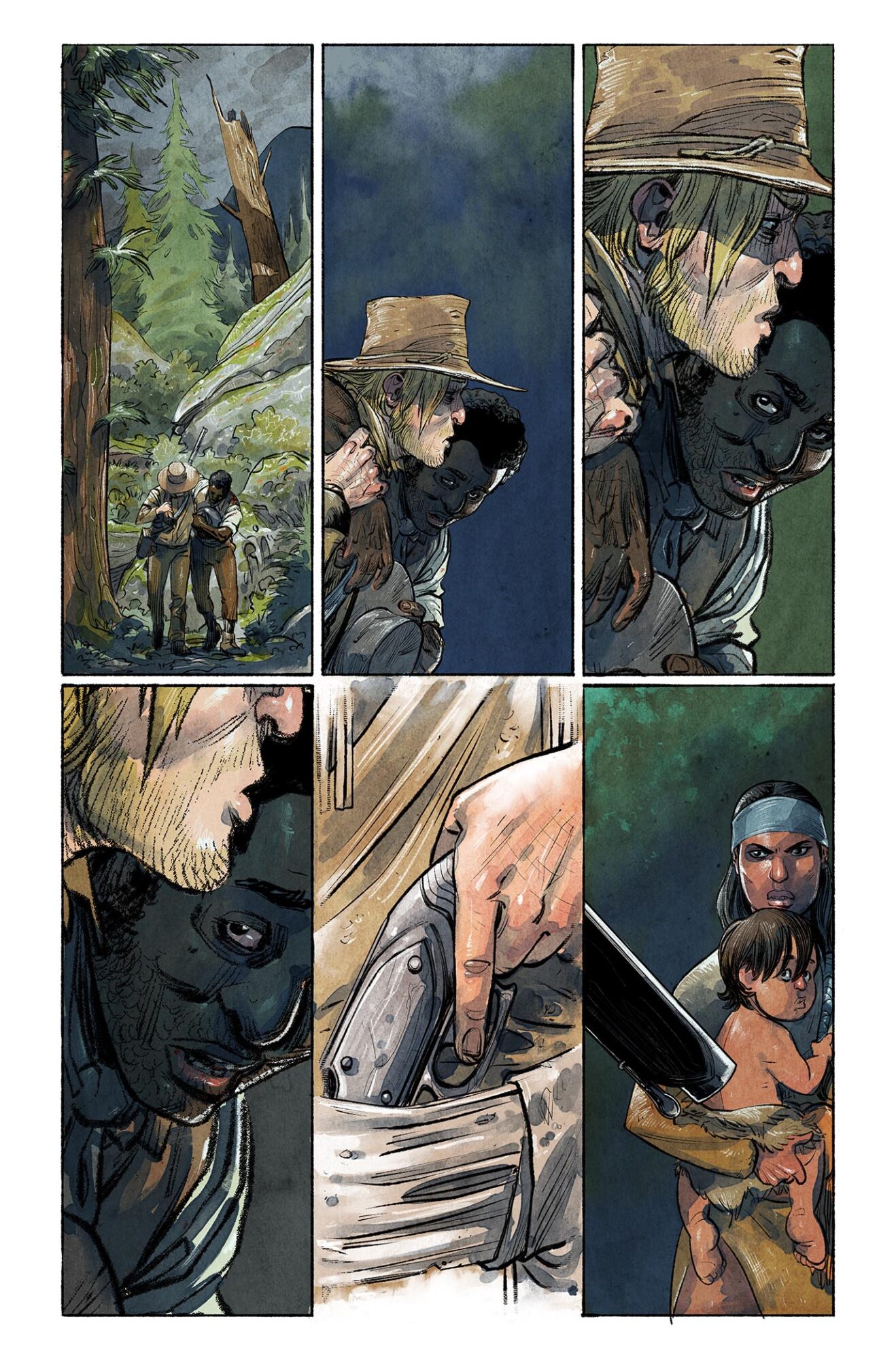 Since 2013, Chris Dingess (TV’s Doom Patrol, Marvel’s Agent Carter) and Matthew Roberts have created an alternate history of the United States, and now it’s time to bring Lewis and Clark’s expedition to its blood-soaked end.

In addition to the main cover, Manifest Destiny #48 will also feature a Spawn variant cover by Roberts & Gieni as part of the celebration of the 30th anniversary of both Image Comics and Spawn.

“A desperate tale of escape by a desperate and disparate band of characters. Elements of American folklore abound in this tale of frontier exploration.”- Major Spoilers

“An intriguing read, opting for slow-boil storytelling as opposed to back-to-back terror. It works greatly in its favor and makes for a great read.” – Bleeding Cool

“This whole series and everything about it, every component is magnificent.” – PopCultHQ

“That’s the fun of Manifest Destiny. You never know what’s lurking just ahead in this great journey of exploration and adventure. More often than not, it’s pure, unbridled terror with monsters the likes of which haven’t been seen on this continent in a few hundred years.” – Horror DNA