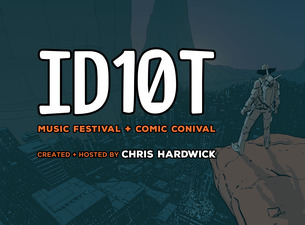 Chris Hardwick has decided to create and host a new music and comedy festival called ID10T, and we could not be more stoked for the lineup.
The festival will take place at Shoreline Amphitheatre in Silicon Valley, June 24-25. It’s no secret that Chris is a huge fan of good music and good comedy, so it is fitting that he is curating an experience that combines the best of both worlds.

San Diego Comic-Con International is a multi-genre entertainment and comic convention held annually in San Diego, California. It is the biggest comic conventions in the US!