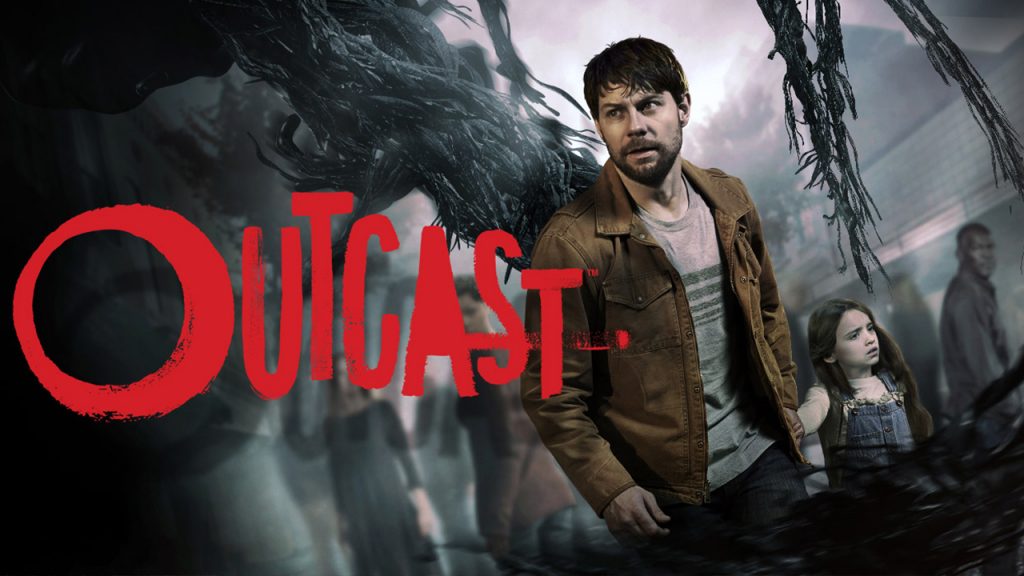 The second season of Robert Kirkman’s comic-turned-show Outcast is finally making its way to the U.S. on Friday July 20th, 2018. The Cinemax show follows Kyle Barnes (played by Patrick Fugit), a man plagued by demons since he was a child. In season one Kyle returns to his hometown of Rome, West Virginia where demons have infected the people and seemingly only he has a way of exorcising them. And now, the story continues into a rich second season.

Kary Ahtolis, president of HBO Miniseries and Cinemax Programming recently told Deadline, “We’re trying to give it its best platform. Ramping up our new slate of shows, and all the promotion that’s going into it, hopefully, will give it a runway.” To prove it, the first season of Outcast will re-air on Cinemax and be made available on HBO Go and HBO Now leading to the second season.

“I think the new season is very strong, and I hope it’s got a bit more fun and entertainment in it, and is a step forward,” Antholis said. “In success, we left open the possibility that we could have a conversation about figuring out a way to bring it back.” Watch the trailer for Season 2 and catch the synopses below:

In the second season of Outcast, the exploration and mystery of what lies behind the supernatural manifestations and why they are drawn to Kyle Barnes continues. As the possessions that have plagued him grow in scope and number, Kyle struggles to protect those he holds most dear. At his side are Reverend Anderson and Chief Giles, while his sister Megan grapples with her own demons. But otherworldly threats prove greater than Kyle could ever have anticipated. His struggle will grow into a fight for all of Rome, as he discovers the haunting secrets of his own past.
Series Description

OUTCAST, based on the Skybound/Image comic title by creator Robert Kirkman and artist Paul Azaceta, follows Kyle Barnes, a young man who has been plagued by demonic possession all his life. Now, with the help of Reverend Anderson, a country preacher with personal demons of his own, Kyle embarks on a journey to find answers to obtain a normal life he has never known. But what Kyle discovers could change his fate — and the fate of the world — forever.

Will you be tuning in? Let us know in the comments!