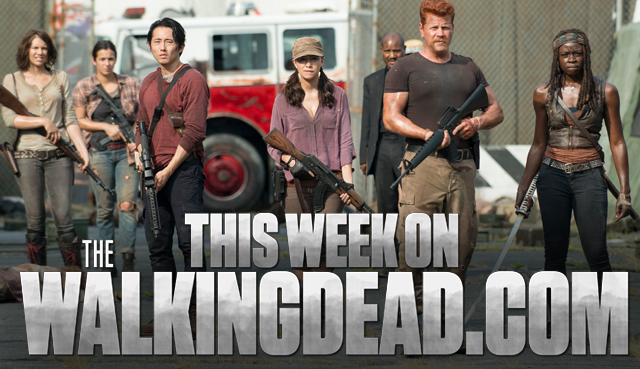 Oh man, that finale! A lot fans were not happy! There’s currently a petition going around to have Beth written BACK into the show. Not sure how that would work, they’ve already filmed the last 8 episodes of Season 5, but hey, if George Lucas can do it, so can we! It’s good that people are upset that Beth is gone. I think it means that you’ve invested in these characters as real people and care about them, to some extent. But a show unwilling to change status quo quickly becomes stale, so the pieces on the board have to be shuffled from time to time. And yes, some times you will lose a Beth, and some times you will lose an Axel. It’s the way the cookie crumbles. You guys are going to FLIP when Daryl dies in the mid-season premiere. KIDDING! Kidding. … OR AM I? Onto the wrap up!

We have BIG CASTING NEWS for the companion series! The lead has been announced, and as well as two other recurring roles. This should start filming next month! I can’t wait to see what this series can do. I’ve only heard bits and pieces but it’s pretty awesome so far!

Always interesting to hear what you guys think of the episode in the 508 RECAP AND DISCUSSION. The embedded poll says most of you really liked it, so that’s cool. Comments are interesting. The first comment is some shade throwing at Scott Gimple, which I do not get at all. I think the guy is doing a really great job and was contributing a ton before he even officially took over, so BACK OFF MY MAN!

We posted YOUTUBE REACTIONS to 508, which I love. The fans of this property (comic, game, show, whatever) are awesome. Always so nice and cool at cons, I feel like reaction videos are just another way to interact. I would hug all of you if I could.

NORMAN REEDUS talks about the devastating mid-season finale, and SCOTT GIMPLE gives even more info from the other side of the camera.

THE 135 PREVIEW is live! Check out three panels FRESH off the press for next week’s release of The Walking Dead. There’s a Carl moment in this issue that I was like, “OH DAMN!” Verrrrry interesting.

Did you catch the PREVIEW OF THE NEXT HALF OF SEASON 5?! What about the END-CREDITS SCENE of the mid-season finale?! Did your DVR cut it off, like mine did? We have you covered!

And last but not least, CHECK OUT THE BOSS—ROBERT KIRKMAN—AS HE TAKES ON SUPERFIGHT! See if he can somehow argue why Bill Clinton made of Peanut Butter would beat ANYONE in a fight.