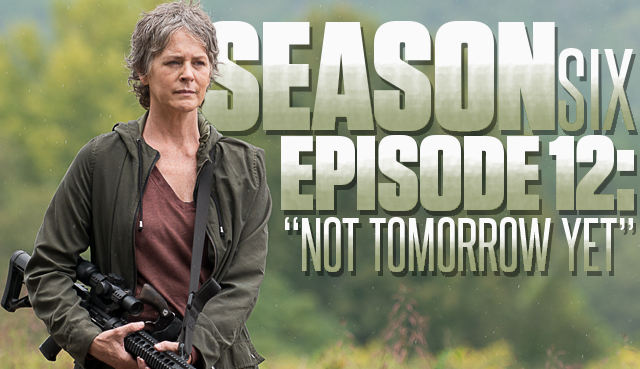 The Walking Dead Season 6 Episode 12: “Not Tomorrow Yet” Recap & Discussion

Carol struggles a lot this episode in balancing the person she used to be with the (sometimes) murderous person she’s become. She starts the episode by playing the former version of herself by distributing cookies (while Poor Old Shine’s “Weeds or Wildflowers” plays in the background) to everyone in Alexandria. Rick and the gang return to town and Morgan confronts Carol about their fight, which she says to leave in the past.

Rick gathers everyone in town into the church sanctuary and catches them up on The Hilltop situation. He proposes they fight The Saviors to ensure their safety and survival. Morgan questions the morality of killing a group of strangers and pleads they speak with the Saviors first. Rick decides they’ll kill the Saviors instead and demands Alexandria accept it.

Carol updates her murder journal while Maggie convinces Glenn she must be a part of the plan. Later that night, Carol smokes with Tobin on his porch and they share a romantic moment. Meanwhile, Abraham informs Rosita he’s leaving her. JUST like in the comics, Abe explains, “When I first met you I thought you were the last woman on Earth…you’re not.” (Ouch). Tara tells Denise she loves her and Denise says she’ll reciprocate when Tara returns. Andy from The Hilltop draws up a blueprint of the Savior compound and suggests they take out the Saviors while they sleep and raid their armory. Rick hatches a plan to give them Gregory’s head.

Rick and the gang drive out of Alexandria and split up on foot to find a walker who resembles Gregory. Rosita approaches Carol about not exposing Morgan’s hypocrisy in the church earlier. Glenn and Heath find and kill a Gregory doppelgänger and Rick goes over the midnight plan again. “This is how we eat,” he justifies. Carol scolds Rick for allowing Maggie to come along and demands she stay back with her. Rick examines the potential Gregory heads and PUNCHES one of them repeatedly to get the nose right. 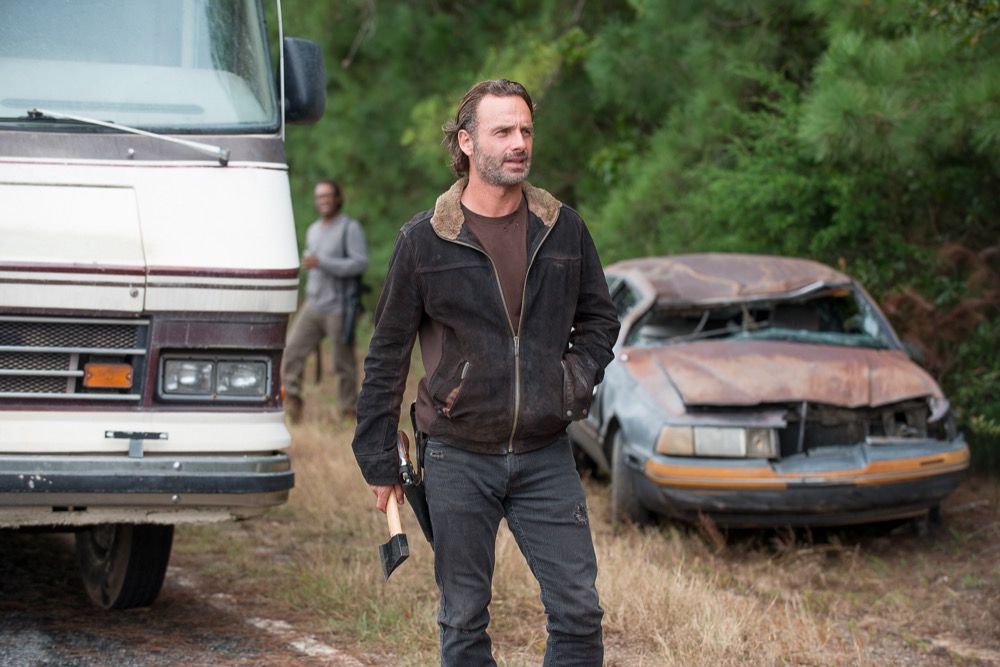 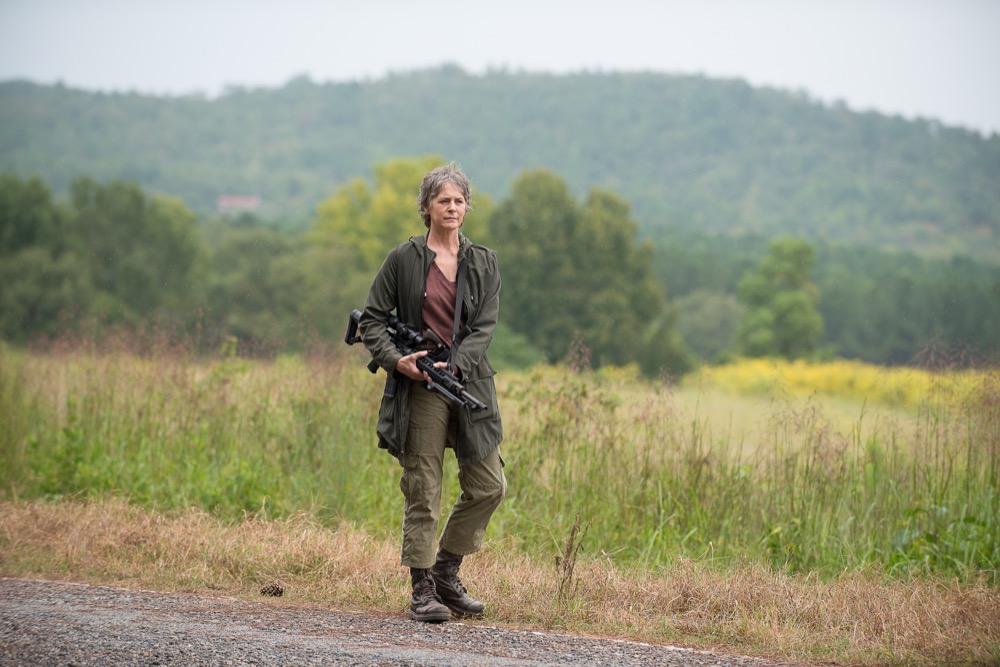 A Savior ambushes Abraham and Sasha quickly takes him out. In his dying breath he pulls the fire alarm. Maggie hears it outside and tries to help but Carol stops her, “You’re supposed to be someone else. You are staying here.” Andy drives Craig back to the Hilltop as Jesus prepares for battle. Inside the compound, Rick shoots down a group of Saviors and makes a B-line to the armory. All of the Saviors are now awake and doing their best to kill Rick’s group.

Glenn and Heath get trapped in the armory and use the guns inside to mow down the Saviors on the opposite side of the door. Jesus arrives and takes out the last one. Father Gabriel starts spitting Bible verses to a downed Savior before he (FINALLY) puts him down for good. The next morning (morning?) the gang emerges outside (to Hozier’s “Arsonist’s Lullaby)” where a remaining Savior rides out of the compound on (Daryl’s) motorcycle. Sasha shoots him off, Daryl tackles him and Rick points his gun at him. “Lower your gun, prick,” a woman on the Savior’s Walkie Talkie demands. She tells everyone to lower their weapons and says, “We have a Carol and a Maggie.”

What Can We Expect From Fear The Walking Dead Season 2