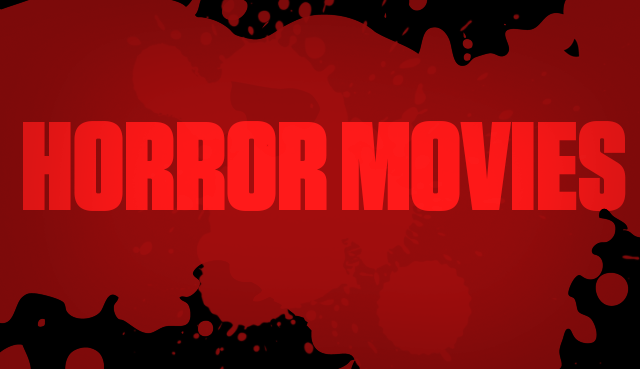 Hey everyone! This week, we put together a list of our favorite horror films to commemorate the release of GHOSTED #10, the end of the awesome second arc (yes, it’s true, we aren’t JUST The Walking Dead). Check ’em out below and then comment and let us know what your favorites are! We’ll give away a copy of GHOSTED VOLUME 1 to one lucky commenter (chosen at random)!

Don’t hold me to this, but today, it’s Poltergeist. I was very young when I first saw it and the clown under the bed and the tree outside the window scarred me for years. And it wasn’t like this was my first rodeo; I was also watching stuff like Alien and the Shining when I was very little (basically from 5 up—this is what happens when you have an older sister and young, hippie parents).

I think Poltergeist nails some basics very, very well. A) Why is the family not bolting out the front door? (Because their daughter is trapped in limbo, and they DO send their other kids away). B) Is the family relatable? (Yes, I love the shot of them sharing a joint in bed). C) Does the horror ramp up? (Absolutely, from the fun in the kitchen to the entire house going to hell by the end). D) And the movie also deals with experts in a great way: they’ve seen things but NOTHING even close to this. When the experts are out of their league, shit is going down.

RUNNERS UP: The Shining, Alien, The Thing (John Carpenter’s), Terminator, Paranormal Activity, probably a ton others I’ll kick myself for forgetting later.

Although I’ve watched my fair share of horror films, I generally consider myself the token not-a-horror-person person. As is such, I’m going to say that The Cabin in the Woods is currently my favorite horror film. It’s fresh, it’s funny, and Joss Whedon. Most importantly, its twists on horror tropes are original and thoughtful, and you’ll never look at mermaids the same way again.

Runner-ups: Let The Right One In, The Host, Hard Candy, Alien, The Shining, The Silence of the Lambs

I’ve been a fan of the horror genre from a very young age (probably too young) so it is really hard to choose a favorite, but at this particular moment I would have to say the original The Texas Chainsaw Massacre still holds up as one of the scariest films I’ve ever seen. And sorry youngins, the version with the girl married to Justin Timberlake is not the original. The 1974 Tobe Hooper classic features cinematography that creates the feeling that the events happening on screen might just be happening in your own backyard. I was, and am, more afraid of things that seem like they could actually happen to me, and well, the first time I saw chainsaw-wielding Leatherface made me want to pee my pants and lock my doors (even though he could saw right through them).

A few close runners up include French horror film High Tension (Haute Tension), Candyman (I still can’t see Tony Todd without wanting to run away screaming), The Town That Dreaded Sundown, and the list goes on and on! I want to take this opportunity to give a shout out to my two favorite Los Angeles-based indie movie houses, Cinefamily and The New Beverly, who give us Angelenos the opportunity to see truly scary independent horror films as well as classics that continue to frighten moviegoers. If you’re ever in Los Angeles make sure to check out their calendar listings for some awesome, hard to find movie options!

I like to watch The Shining every Christmas eve. I think we all know it’s a great movie, so I’ll just say that enforced cheerfulness bums me out, and it’s fun to counteract that by watching Jack Nicholson go batshit for a few hours. Plus, it does have snow, so it’s totally festive. Don’t try to tell me otherwise.

This is so tough to answer! I love horror films, and I suppose I also was probably watching them too young.  I was allowed to watch anything if it would also entertain my parents, and they got a kick out of me wandering around saying “REDRUM.”  Added bonus, I love to get scared.  If a trailer makes me want to pee my pants or cry out of the sheer anticipation of fear, I am dying to see it in theaters.  I also really like horror films that are either campy or pulpy or gory or funny, or all of the above.  So, rather than choose an all-time favorite, let’s talk about the most surprisingly enjoyable horror film I’ve seen recently – Killer Joe.  I’ll admit it, I turned it on for the McConaughey and stayed for the Friedkin.  It began with a nice dose of trailer trash revenge-lust, dove right into the fearsome and sickly hilarious, and ended in a bloodbath.  So, if you’d like to experience a little more McConaughey (or you’re a fan of the indie “it” girl Juno Temple), I highly recommend it.  Sick, twisted and so much fun!

Runners Up: The Cabin in the Woods, Scream 3, Final Destination 3-D, Drag Me to Hell, Little Shop of Horrors, Grindhouse, Tucker & Dale vs. Evil, The Conjuring … and the list goes on and on…

Serial killers. Demons. Witches. Dreamscape child molesters. Those tricks worked on me as a kid. But your own body turning against you? Fuck. That type of horror is enduring. And David Cronenberg’s THE FLY? That’s a laser focused revolt of the flesh. A scientist on the verge of a world changing scientific discovery unwittingly commits himself to a death sentence. His lover must bear witness to his transformation: from red hot sexual dynamo to pitiable gene trash. All of us are falling apart, but Seth Brundle did it in style.

Stanley Kubrick’s classic, The Shining, has been terrifying me for as long as I remember. Every time I watch the movie, a new detail emerges to me, new symbolism or a greater depth of Jack Nicholson’s madness. The imagery Kubrick uses to depict the subtle presence of spirits, the very house reeks of the supernatural. Some of the most iconic scenes to ever appear on movie screens come from this horror masterpiece: blood spilling from an elevator, twin girls standing in an endless hallway, a man breaking down a door with an axe. His madness has always been what captures my attention, his descent from failed author and husband to insane shell of a man. He desperately sought out a new life for his family but as he is told by the specters that have seduced him, “You’ve always been the caretaker.”

Like we said at the start of the article, let us know your favorite horror movies or weigh in on our choices in the comments and we’ll randomly select a commenter to receive a copy of GHOSTED VOLUME 1 by Joshua Williamson and Goran Sudzuka!

UPDATED: And the winner is… Andrew! Congrats!