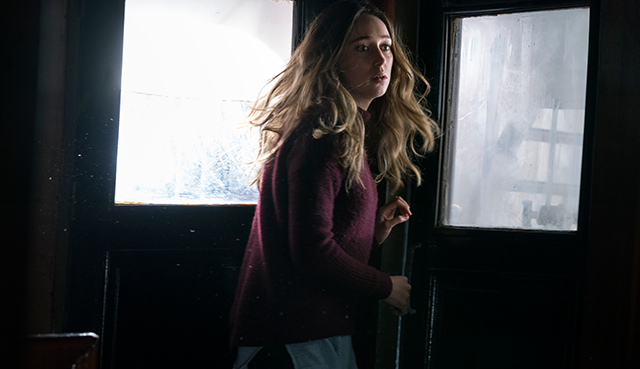 EW: Big surprise revealed here as we find out how Connor and company knew all their names as Alex from Flight 462 shows up outside of Travis’ cell. It’s funny because when she says that she asked for him specifically, I immediately thought to myself, “Why would she ask for him and not Strand, who cut the rope?” And then she proceeds to explain why she wanted Travis. And I guess in her eyes, he committed the bigger sin because he knew it was sin, right?

DE: Exactly. I think Strand, from her perspective — he’s a bad man. It was a never a question for him what was right or what was wrong. He knew that he didn’t want them on the boat. He wanted to cut them loose from the get-go, and I think in Travis there’s a nice moment between the two of them at the end of episode 203. She gets a chance to size him up and she realizes how difficult a decision that was for him. She realizes that he suffers for it. It pains him. And I think for her, she sees an opportunity to save him — if that makes any sense. She couldn’t save Jake and she totally ratted out the Abigail when she was picked up by Connor, but she’s trying to teach a lesson and she’s curious to see if Travis is going to embrace that lesson. Will he take anything away from it?

And it’s interesting because there’s a really interesting turn that Cliff plays beautifully in that episode, and I think Carla Ching wrote it beautifully. But if he had gone back to the Abigail after the rescue and Chris had not shot Reed, I think things would have changed. I think there would have been a much different connection between Travis and Chris, and fortunately in his absence Chris took the next step along his journey and I think anything that Travis learned from that experience with Alex has to be put on the back burner. 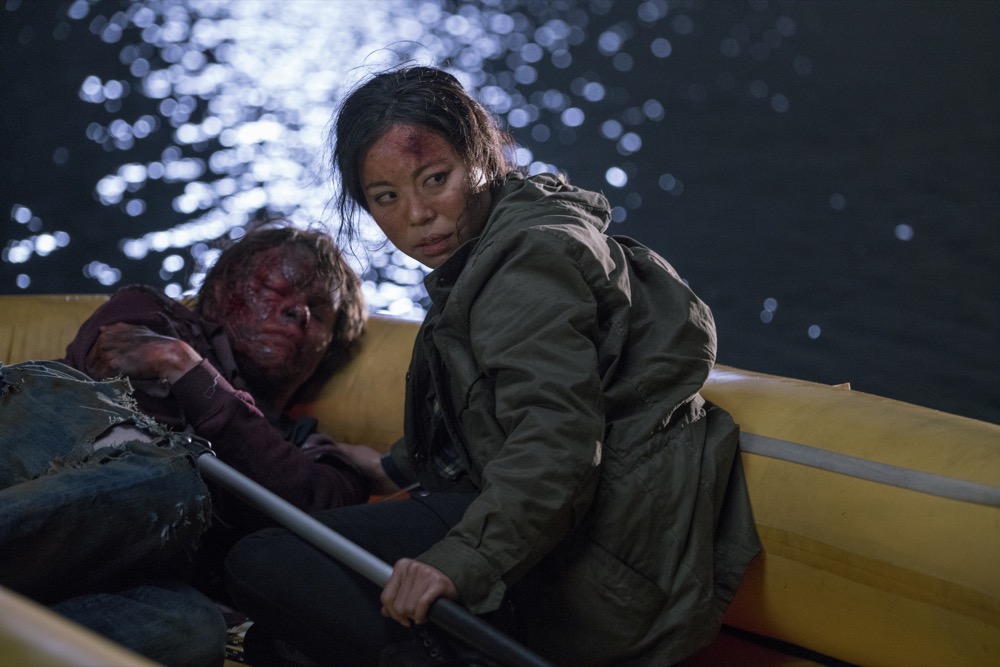 EW: Will we see Alex again?

DE: That is an excellent question. The second most enigmatic character, I think, on the show after Strand, is Alex, and she definitely isn’t going to stick around. She’s basically done the work she wanted to do. I don’t imagine her continuing to stay, and she says she’s not going to work for Connor. She accomplished what she wanted. I expect that she’s bound to venture back off into the apocalypse, so you don’t see her end. There’s always that possibility. 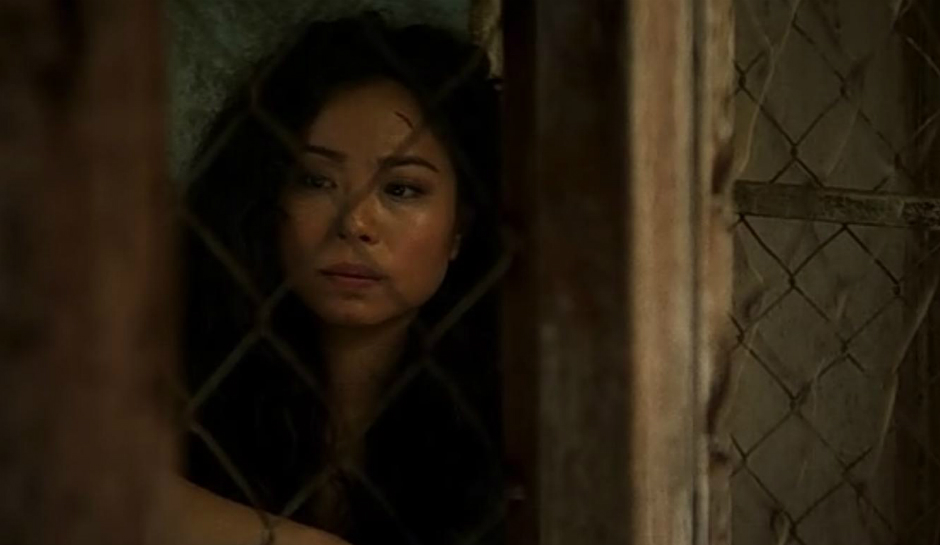 EP: So Chris shoots Reed. Then we have zombie Reed who jumps up because he was shot in the face and not the brain, and Daniel has the idea to still use him as trade bait. So they put a hood on him and trade him for Travis, and when Connor takes the hood off, he gets bit by his brother. This is actually one of the most direct things I can think of that was done in the original Walking Dead comic book, because there is a scene where Negan does the same thing with Holly by bringing her back and unleashing zombie Holly on Alexandria and she bites Denise’s arm. Was this a direct homage to that or just a similarity?

DE: It’s just a similarity because I missed that issue. None of my EP partners mentioned that, so it is a coincidence. I guess it’s tricky when you’ve written as many issues as Robert has, I guess it’s inevitable that there’s going to be moments when we echo something from the comic book, but it was not intentional, but if people want to take it as a homage, all the better. 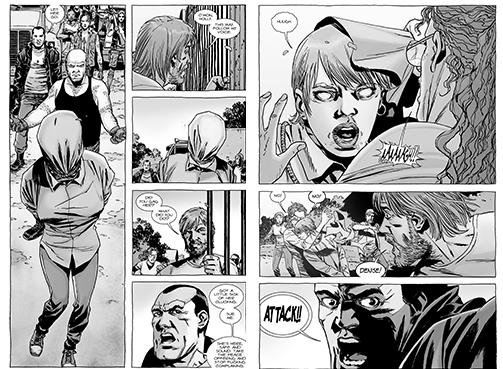 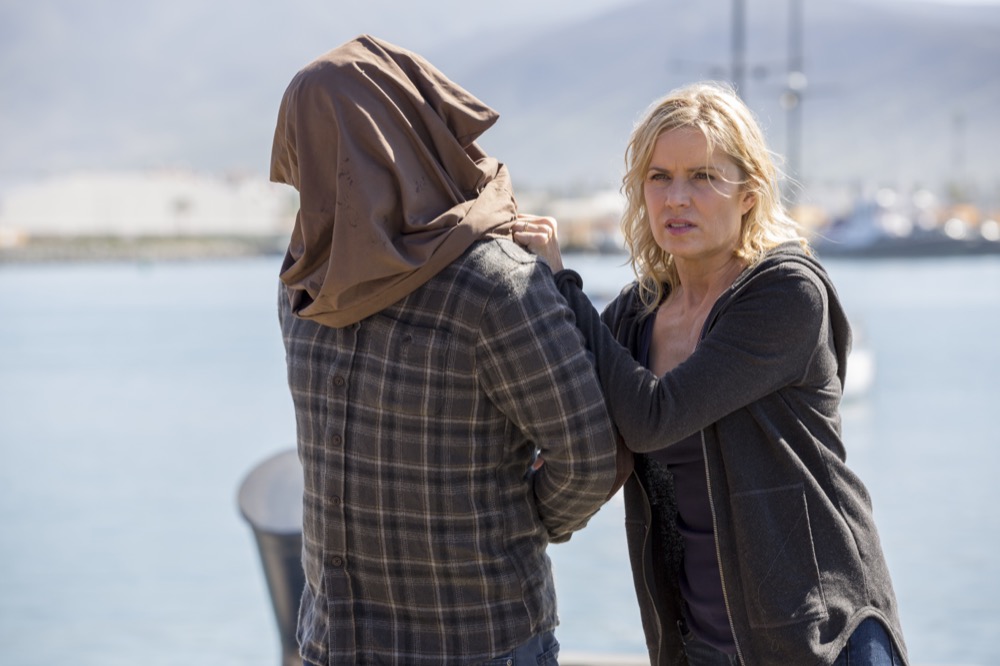 EW: I also think Strand and Luis would have lost their minds if she had brought another body back on the boat. Okay, we only have two episodes left before you break, so what can you say about next week’s episode?

DE: The big question is going to be answered. Again, we discovered that Strand had an agenda back in episode 2 when Daniel realized that Mexico was a destination for him, and now we’re going to find out: Is Mexico our destination and can it work and will it work, and if it does is it the sanctuary that was promised by Strand? And will we be able to get there? 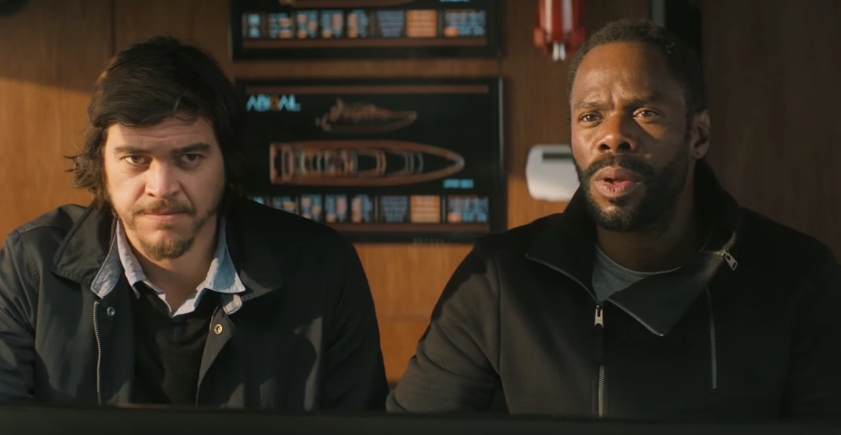 Catch the ENTIRE interview over at Entertainment Weekly! What burning questions do YOU still have about the episode? Let us know in the comments!

Birthright Before & After Colors!