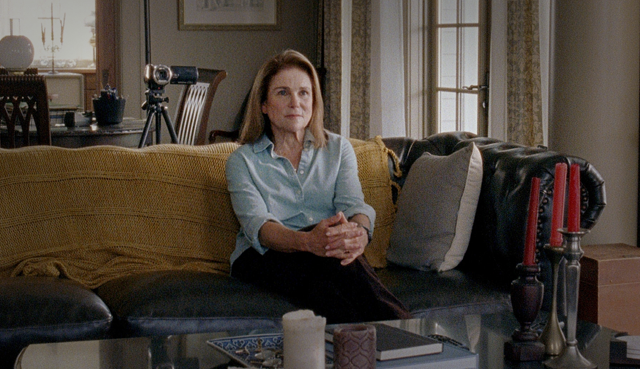 The Hollywood Reporter recently chatted with Tovah Feldshuh, the actress playing Deanna on The Walking Dead. As the leader of the Alexandria Safe Zone, she had a lot of interesting things to say about how she prepared for such a pivotal role. Read on!

You’re taking over a character that was a man in the comics. What kind of conversations did you have with producers about how much of his character attributes Deanna would have?

I did a role like this on Law & Order: Criminal Intent that was imagined as Daniel Melnick and turned into Danielle Melnick. I was flown out of Galapagos to begin film; I didn’t know I got the job, they couldn’t find me. They found me and negotiated when I was sailing around watching Darwinian convergence and divergent genetics evolution. They flew me to arrive Monday in Atlanta. I met Greg Nicotero and Scott GImple, went over the script, had a costume fitting and started shooting a 10-page scene the next day. I gave them my point of view about what she represents — she’s bringing back a benevolent civilization and what that meant to bring back culture and the possibility of enhancing lives because all of the sudden, you have time to make sure you’re not killed. And what happens about Deanna’s naiveté about that entire situation. As it goes on, she has had tremendous luck that their community wasn’t attacked by walkers.

What kind of a leader is Deanna? Judging from her debut, she seems to know that Alexandria is weak.

She’s the brains. She’s the civilized and intelligent and needs bodies and the brawn and that’s why she wants Rick and his band of interesting characters to come into her compound but not without being vetted first. She needs the muscle and feels that together, Rick can give me safety and she can give him culture — a napkin on his table, a shower and a roof over his head and some relief from fear. As long as these people are not hoodlums — as she says in the episode. [Deanna and the people of Alexandria] had a bad experience before and people have to be vetted and she’s meticulous and thorough about doing that. She was in the U.S. House of Representatives from Ohio and led a community before this. She is an evolved humanist and Rick is an evolved humanist in his how way. The fact that they were starving and didn’t eat and kill each other was a big one for Deanna observed at the end of their tenor. They never turned in and started to eliminate the weak. … Deanna is here to engender hope of resurrection of civilization.

Could we meet the people who were exiled from Alexandria? What kind of people were they?

It was never explained but they were very dangerous to the group. To exile under these circumstances almost means certain death. People couldn’t exist alone in that jungle of The Walking Dead, they’re just not going to make it. She did get rid of them but didn’t commit murder — she said it can’t amount to that — but she did not raise a hand, cut a throat or shoot a heart. That becomes a very big and difficult struggle later. Rick is the practical mind and Deanna is the idealistic mind. It’s not Alexandria by mistake; it’s obviously named after the Egyptian city famous for the greatest library of its time.

How much of the comics have you read to prepare for the role?

I didn’t read the comics; I read all about Hillary Clinton and great women like Margaret Thatcher. I met her before she was the “Iron Lady” gave a speech about notes and it was remarkable. Then I looked at my own local representatives in New York — Nita Lowey — a wonderful Democrat who’s very alert. I kept looking at people who naturally wanted to give back to the community.

Rick and Michonne (Danai Gurira) have been given high-ranking jobs as constables within Alexandria. How will their leadership approaches clash with Deanna?

Deanna allows no guns inside the wall, so that’s rough on them. There’s part of them where they have so much more battle experience that they think she’s taking a terrible chance. As the series progresses, you’ll see if Deanna is or if she isn’t. But they don’t mesh easily and that’s the challenge of season five — what does it mean, how do we compromise and how do we do it verbally? We’re not going to pick up arms. Deanna’s people haven’t the vaguest idea how to shoot a gun; they’re capable but not well versed. The greater the obstacle, the more interesting the scene and series. There’s several huge obstacles between Rick’s way of seeing the world and his experience of what it is beyond the gate, and Deanna’s way of seeing the world from within. The people of Alexandria have lived in safety — or the illusion of safety. The question is: Is this right before disaster or are we going to live out the season safe and sound? That will be told in the episodes coming up.

Read the full interview on The Hollywood Reporter’s site!

What did you think of Tovah’s portrayal of Denna? For comic fans, are you a fan of the gender swap?