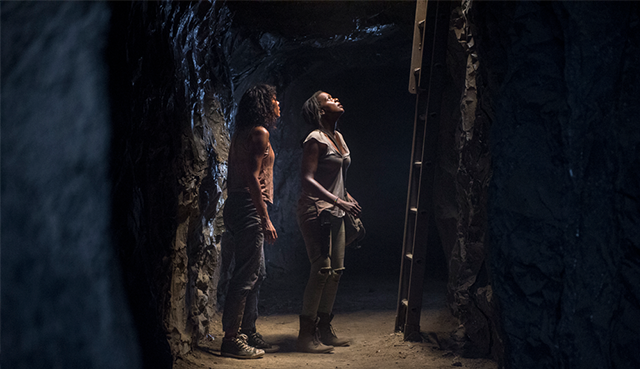 Watch All Of Fear the Walking Dead's Mini-Series "Passage"

The Fear the Walking Dead companion Mini-Series “Passage” is now available to watch for free. Similar to last season’s Flight 462, Passage provides more context of the world around Fear TWD. Last year’s Flight 462’s characters Alex & Jake both made appearances in Fear but it’s unclear whether characters from this series will overlap into Season 3.

Here is the official synopsis for Passage: “A fearsome survivor agrees to help an injured woman in exchange for an apocalyptic sanctuary. A new installment of the 16-part series is available every week on amc.com, the AMC mobile apps, and on-air during premiere episodes of The Walking Dead.” Watch ALL the episodes below and comment with your reactions:

Sierra escapes and Gabi must decide her next moves.

Gabi discovers a horrible truth about the passage.

Gabi realizes she’s in over her head.

Gabi does what she has to.

What do YOU think of the mini-series? Will these characters make their way into Fear the Walking Dead Season 3? Give us your reactions in the comments below.