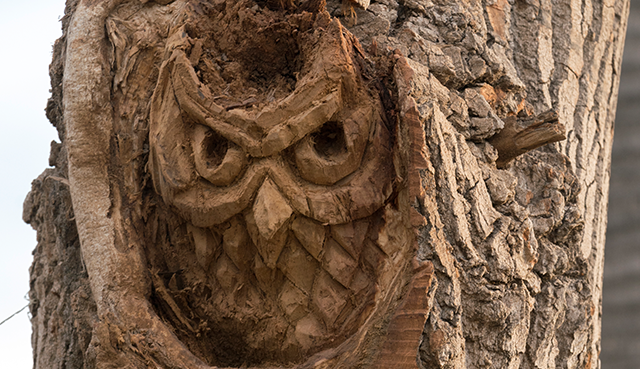 Everything You Need to Know About Fear TWD’s Owl

Fear the Walking Dead Episode 206 left us with a plethora of burning questions: Did Chris try to kill his family? Is Daniel going insane? And what DO dogs actually taste like?? Ok, maybe not the last one, but chief among those questions was “What was up with that creepy owl?” Making several ominous cameos in the episode, it turns out the owl carries a LOT of significance outside the TV show; we explain below: 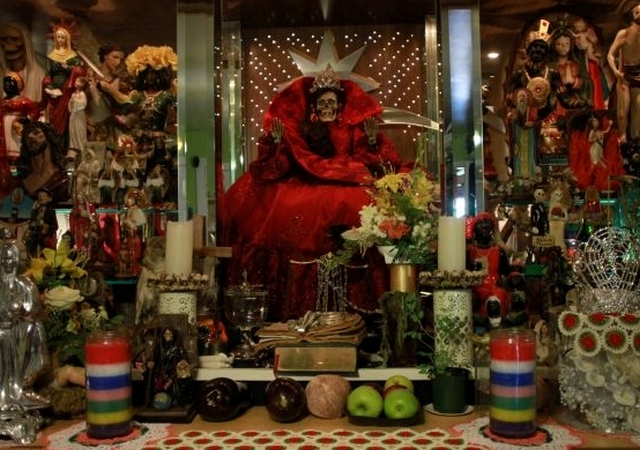 To understand the owl is to understand Santa Muerte (Spanish for Saint Death or Holy Death), who serves as a spiritual icon that millions of people in Mexico (and some in the U.S., Puerto Rico, & Guam) pray to and worship. Typically appearing as a female skeleton in a tunic, the Saint has inspired a death cult of sorts that typically appeals to the disenfranchised (although followers claim she doesn’t discriminate between rich and poor). Some of her worshipers claim she protects them while others use her to cause harm to their enemies (dozens of people have been sacrificed in her name). Known as a vengeful entity, it’s common knowledge that if you ask her for something in life and she delivers, you must give her an offering or suffer the consequences.

The Bronx Journal interviewed botanical store owner Fermin Perez Romero to explain the phenomenon, “What I know about Santa Muerte is that she has been created by God. Her job is to guide us towards God on the last day of our existence.” Muerte’s followers believe death isn’t the end…it’s just a step to eternal life. In Fear the Walking Dead Celia doesn’t think it’s the end for the infected. “(They’re not dead) They are what comes next,” she rationalizes.

Several depictions of Santa Muerte include a globe, scythe, and OWL. According to folk lore, the owl symbolizes her ability to navigate the darkness as well as a messenger from the afterlife. According to Voices of NY, “The myth popular in some Mexican towns that the song of a nocturnal bird heralds death is present in the image of Santa Muerte. In New York’s altars, this myth is represented by an owl, while an hourglass symbolizes the beginning and the end of a life.”

Other Mexican myths claim the owl is a bad omen and hearing one hooting is as sign that death is nearby. This lines up perfectly with Sunday’s Fear the Walking Dead episode, where the owl WAS ominous and DID indicate death was nearby. It’s no wonder Daniel threw Luis’ coin away…he probably wanted nothing to do with a death cult. 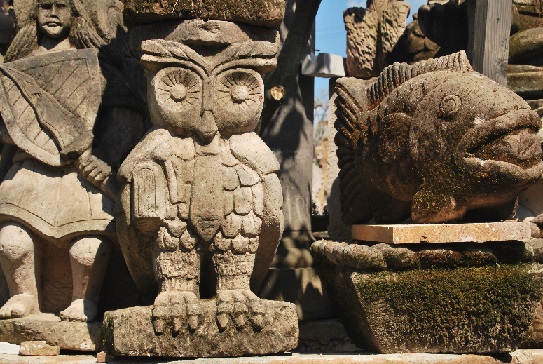 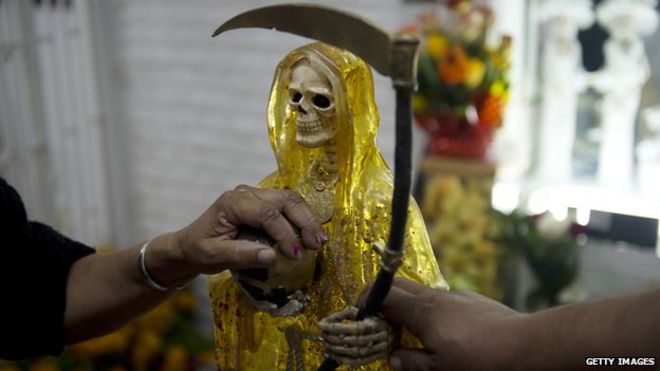 Traditionally worshipped privately, the Santa Muerte movement has recently gone mainstream. Don’t let the Saint in her name fool you, The Catholic Church has gone out of their way to distance themselves from the practice. “It’s not religion just because it’s dressed up like religion; it’s a blasphemy against religion,” said Cardinal Gianfranco Ravasi, President of the Vatican’s Pontifical Council for Culture. “Religion celebrates life, but here you have death.”

Virginia Commonwealth Universtiy Professor Dr. Andrew Chestnut, who literally wrote the book on Santa Muerte, claims a large portion of the her devotees are wide-ranging but mostly appeal to the disenfranchised and criminals (specifically the Mexican Cartel). Many of her followers turn to her because Catholic saints won’t help them with requests like the safe passage of contraband or the death of a neighbor. To illustrate this further, Santa Muerte made an appearance on Breaking Bad when Tuco’s cousins prayed she would kill Heisenberg: 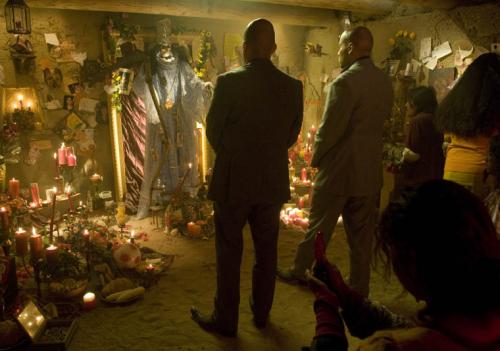 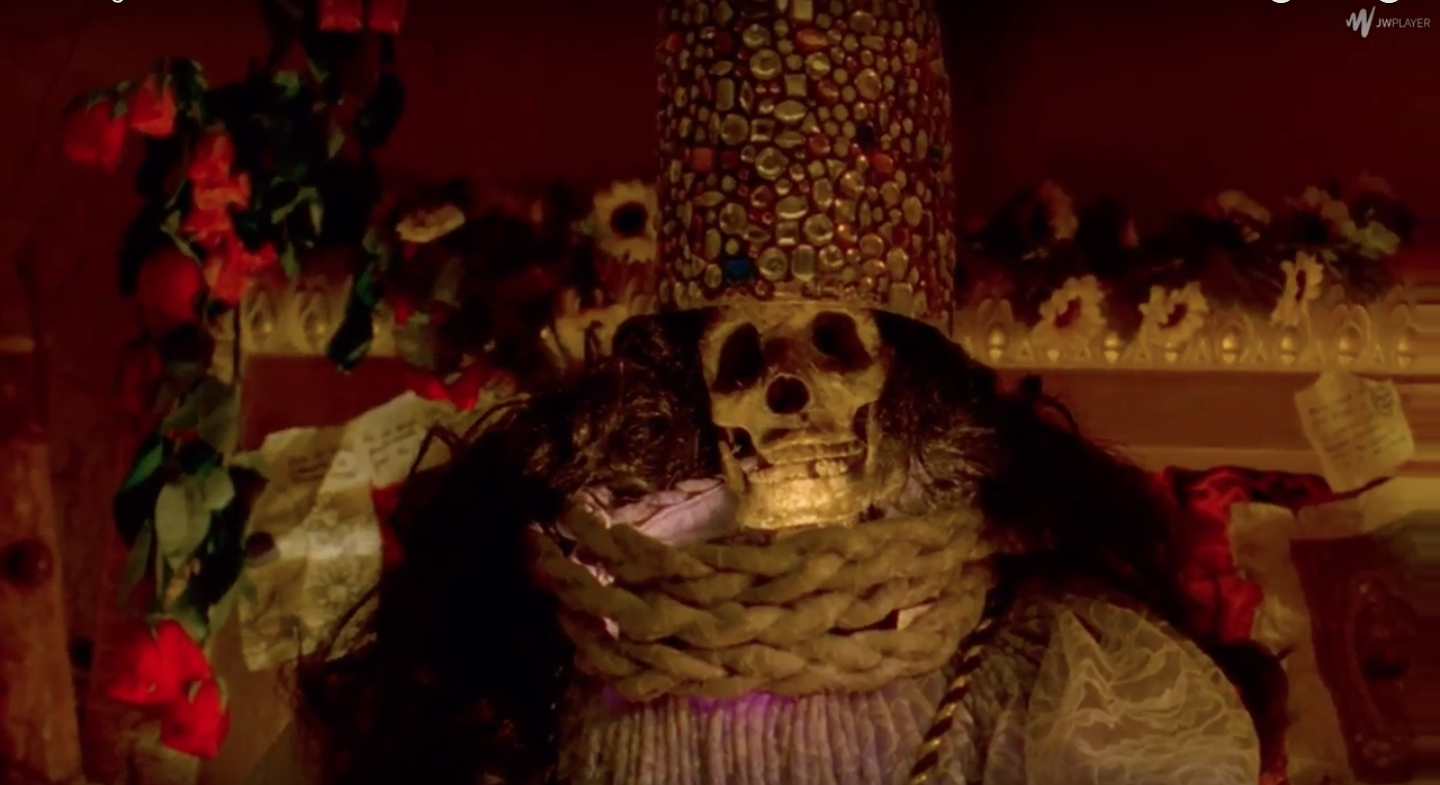 What do YOU think of the Santa Muerte ties in Fear the Walking Dead? What does this mean for our characters moving forward?? Let us know in the comments!