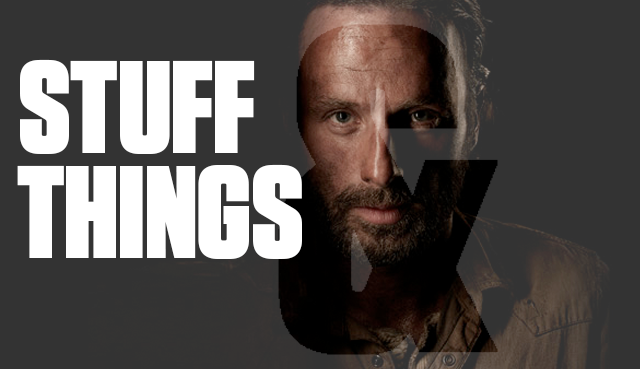 Even dark zombie dramas spurn catch phrases, and The Walking Dead certainly has some unique ones evolve over the last four season. Wetpaint’s even written an article called The Walking Dead Glossary: All the “Stuff and Things” You Should Say. We’ve picked our favorite phrases below, but check out the full list HERE!

Ricktator — When Rick made his speech in the Season 2 finale about this no longer being a democracy, he was declared The Ricktator. Any time Rick gets into beast mode, he’s often referred to as Ricktator, as opposed to Farmer Rick. Some fans also give Carl his own version of this, called Carlmunism.

Stuff and Things — What Rick was busy doing when Lori wanted to talk. What you say you’re doing when someone you don’t want to talk to tries to drag you into their drama, or just a general term for random stuff. Pronounced “thangs” with a heavy Southern accent, no matter where you are from.

Weekend Challenge Winner and Best Of!