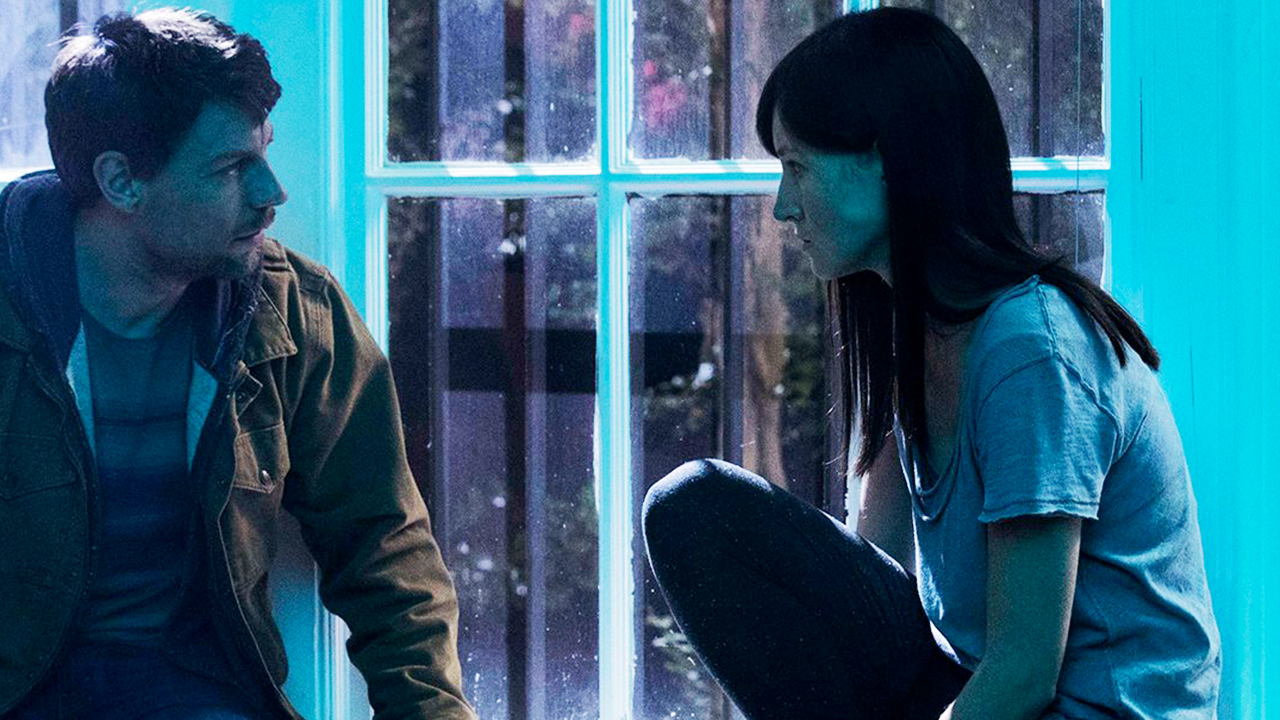 “Not My Job To Judge”

Aaron wakes up and Sidney tells him when he heals they’ll “bring our world down on their heads.” Evelyn shows up to deliver blankets when her husband Pete walks in behind her. Sidney’s not happy to see him but Evelyn assures him Peter just wants to help. Sidney slices his throat and Peter bleeds out and dies. Sid warns Evelyn he doesn’t like outside people helping with his operation, and she says she understands.

Megan gets saved from drowning by Reverend Anderson, who brings her to shore. Holly walks up and asks her where she went, and Megan just hugs her. Kyle takes Amber to see her mother Allison, who’s still living in a medical facility. When they get a moment alone Kyle tells her about their daughter running away. Off on her own, Amber sees a creepy-looking boy and man staring at her. A nurse arrives to escort the man away but then gets overcome with something and decides to take her to see her parents. They walk closer and Amber holds out her hands to ward them off. Shortly after Kyle shows up and Amber tells her she doesn’t like this place.

The next day, Evelyn is grabbed, bagged, and kidnapped out of her garage. Bryon laments his difference of opinion with Kyle and Rose reminds him he’s still a boy and “definitely not the Chief of Police.” Elsewhere, Anderson stops Kyle on the road and tells him about Megan’s suicide attempt and her decision to leave with Holly. Megan and Holly return home but Holly doesn’t want to be there.

Aaron gets impatient with the plan and Sidney throws him to the ground and tells him if he’s so bored then he should cut up Peter’s body to prove his obedience. Aaron can’t bring himself to it so Sidney takes the knife and orders him back to bed. Later, Patricia questions Giles about releasing Anderson but Giles assures her they didn’t find her son in the trailer because he ran off. She says she’s always defended him but will now tell the Mayor about his perverted sense of justice.

Megan finds Holly in the bathroom where Mark was killed and experiences hallucinations from that night. Holly tells her, “Someone’s here” and then Kyle shows up at the front door – he’s pissed. He leaves Amber outside as he scolds Megan for trying to kill herself. He encourages her to get help and she admits that maybe Anderson was right about the evil within. She then reveals she’s pregnant and she won’t do anything dramatic from now on. He then leaves and Anderson asks Kyle to help him with Jason, the guy from the jail cell. He agrees as Megan experiences flashbacks from the other night.

The man who stared down Amber talks up Allison at the dining hall. He describes Amber’s bedroom looked like the day Allison got possessed and tried to kill her. “You were awake before he put you to sleep again,” he says as she runs away. At the hospital Kyle and Anderson discover Jason’s missing from the hospital so Kyle surmises Sidney got him.

Later, Megan hallucinates her house underwater, grabs Mark’s gun, and runs outside. She comes to and finds herself outside holding the gun and standing in front of the woman Anderson spoke to at the church in the woods. The woman hands her a flyer about the church but Megan crumples it up and tells her she’s barking up the wrong tree. The woman encourages her to seek it out anyway. Meanwhile, Kyle and Reverend return to Joshua’s house to search for clues. Joshua’s mother bursts out of a closet and Kyle grabs her and sits her down. She tells them the creepy guy from the junkyard took her son. Later, Megan finds a distressed Holly smashing the bathroom floor with a hammer, claiming she saw her father’s blood again. She screams, “You did this!” as Megan comforts her and says they can’t stay there any longer.

That night, Kyle and the Rev show up at the junkyard to search for Joshua. They sneak by the creepy man that kidnapped Patricia digging a hole and head to the warehouse. They find Joshua, Jason, and other possessed residents from the community holed up inside. Giles appears behind them and explains he and the man, Bob, are rounding them up to deal with the problem.

Kyle argues Joshua isn’t afflicted anymore but they don’t buy it. Giles explains Bob helped stage Mark’s death. The possessed tell Kyle his efforts were for nothing, so Kyle puts his hands on Jason’s face, causing it to burn. The black entity bursts from his mouth, circles the room, and then wraps itself around Jason trying to get back in through his wounds. Kyle, Giles, Bob, Anderson, and even Joshua hold him down until the entity finally leaves him. Kyle then turns to the possessed women in the room and instructs them to tell Sidney what they saw and that it’s not just him he’s fighting against.

Later, Kyle asks Bob who he’s burying. He uncovers a female body in the ground and tells Kyle that she caused a whole lot of trouble before they put her down. He reveals that this was Sidney before Sidney, and that he put her down 30 years ago with the help of…Kyle’s father. Elsewhere, Sidney visits someone in the hospital and asks for their help before sucking part of the soul from them.

What did YOU think of the episode? What’s next for Sidney? Will Kyle meet his father like he did in the comics? Let us know in the comments!

Negan Is Joining Tekken 7 As A Playable Character