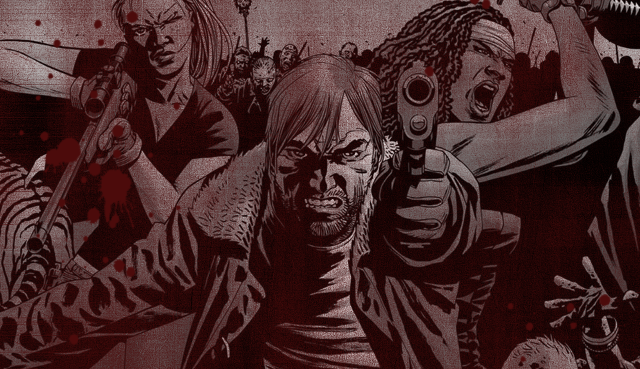 Now that we’ve reached the midpoint of All Out War, you’ve gotta be thinking it… who isn’t making it to the end? We’ve already had a couple notable deaths (Eric, Holly, Shiva) but I think we can all agree that we haven’t lost anyone major.

Place your computer mouse where your mouth is and tell us which major characters you think are most likely to bite the dust in the conclusion of All Out War! And remember, you can vote for more than one character:

Also, if you think we’re missing someone who you think is obviously not going to make it out alive, feel free to comment below and let us know!

Is Daryl Heading to the Comic?