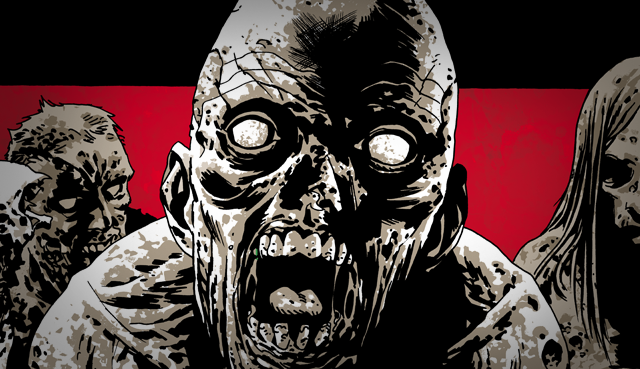 Rosita is preggo and not by the Euge, but he knows he’s not the father (drama!).

Carl gets a love note from Anna but it’s as he’s leaving Alexandria for the Hilltop where he scores an apprenticeship with Earl the blacksmith.

Carl straight-up almost murders two kids with a shovel when they pick on him and Sophia.

Maggie has to deal with the parents of the bullies AND with Carl.

Carl winds up in lock-up for a stint, where he meets Lydia, the captured Whisperer.

Speaking of the Whisperers, we learn more about these skin-suit wearing faux-walkers and their communal, quasi-nomadic living.

The parents of the bullies, angry at Maggie and Carl, join Gregory and agree that Maggie has GOT TO GO.

Gregory tries to poison Maggie and does an awful job of it (Maggie is pretty much fine—or IS she?). Jesus catches him and Gregory is thrown in the slammer, his fate undecided…

Lydia the little Whisperer is let out of jail, under Carl’s supervision. They end up getting uh… intimate.

Mama Whisperer (named Alpha) shows up and it’s time for Lydia to leave, despite Carl’s protests.

What did you guys think of this arc? Which characters surprised you? And, most importantly, WHO IS THE FATHER!? This is your place to discuss it! Plop a comment down below! You know the routine: The best of y’all gets a signed copy of Volume 23, signed by Mr. Robert Kirkman himself.

Single-issue readers, don’t discuss events passed 138, please! I will smack you with my ban hammer!

UPDATE: And the winner for our favorite comment is samM, whose rap summarizing the volume was quite formidable. SamM, your volume is on its way!