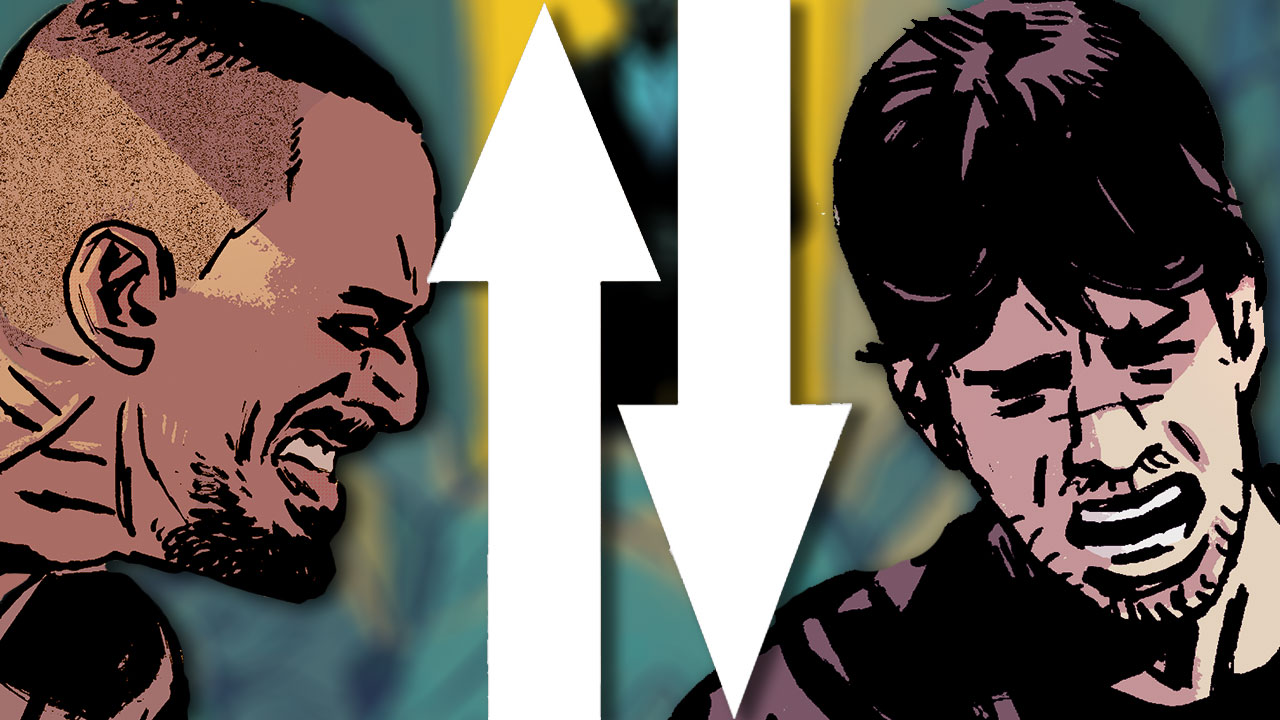 Since Issue 31 was a Rowland Tusk standalone we decided to combine it with the first part of the Invasion story arc. See how our comic character power rankings changed as a result.

Right now Rowland is easily the most powerful character in Outcast. Don’t let his charming family man persona fool you – he has his finger on the tongue, we mean pulse of almost everyone in Rome. He’s on his Glenn Gary Glenn Ross with how much closing he’s trying to do. Kyle, Simon, and the rest of the resistance are strong, but Rowland is more formidable.

Simon is the calming force that Kyle needs right now – and we’re thrilled he’s still in his life.

Outside of Kyle’s outburst with Reverend Anderson at the church/refugee camp Kyle was barely in this issue. Hopefully Simon can actually affect him enough so he’s prepared for whatever Rowland is planning.

Ohhhh snap! Reverend Anderson’s son Matt is supposedly back and that might just change everything.

Daphne wasn’t in these issues so we’re keeping her in the same spot.

The more brazen Rowland is the more powerful the merged Romans become. Because of his rapid moves in Rome you have to think something big is about to break.

We haven’t seen Chief Giles in a minute so until we do we’re pushing him down a spot.

Allison wasn’t featured in either issue so for now she’ll remain at the 8 spot.

What did YOU think of these issues? Let us know in the comments!